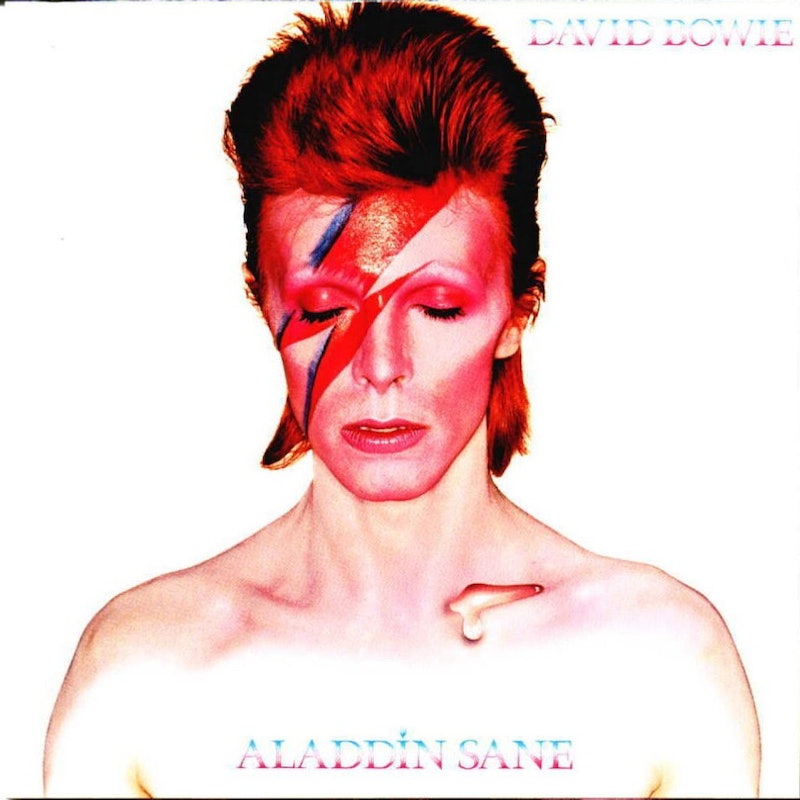 On Jan. 11, British rockstar, David Bowie passed away after an 18-month battle with cancer. In addition to his iconic music, the singer was also known for his constant reinvention, and ever-changing beauty looks. To remember rockstar in his passing, it would only be appropriate to remember some of David Bowie's most influential makeup and hair moments.

It was in the late '60s to early '70s that Bowie began to transition from his preppy, British style to his more flamboyant alter egos. His on stage persona of Ziggy Stardust really brought the singer into his own in the early '70s. This is where we begin seeing his makeup adaptations that ranged anywhere from subtle eyeliner to full-on glam. Actually, it was the rocker's intense stage presence along with this captivating sense of style that brought around the age of glam-rock.

I think what is most inspiring about the musician is he simply didn't care about gender norms — and this was long before the movement towards gender fluidity we're seeing today. Bowie's sense of style and beauty was wild, free, and unapologetic. It was completely revolutionary to the time period in music. For this reason, I think it is without question that David Bowie is a style and beauty icon. Here are a few of the singer's most influential looks.

While the song was originally released in 1969, this version of the music video wasn't released until 1972. Bowie's red mullet and extreme contouring is arguably the look he'll be most remembered for.

Nothing like Bowie in metallic blue eye shadow to make you question if there is really life on Mars.

Releasing two albums in 1973 is no small feat, but David Bowie made it look effortless.

David Bowie as the goblin king in Labyrinth was a crucial part of many of our childhoods.

Rest in peace, Ziggy Stardust. I hope you discover if there really is life on Mars.