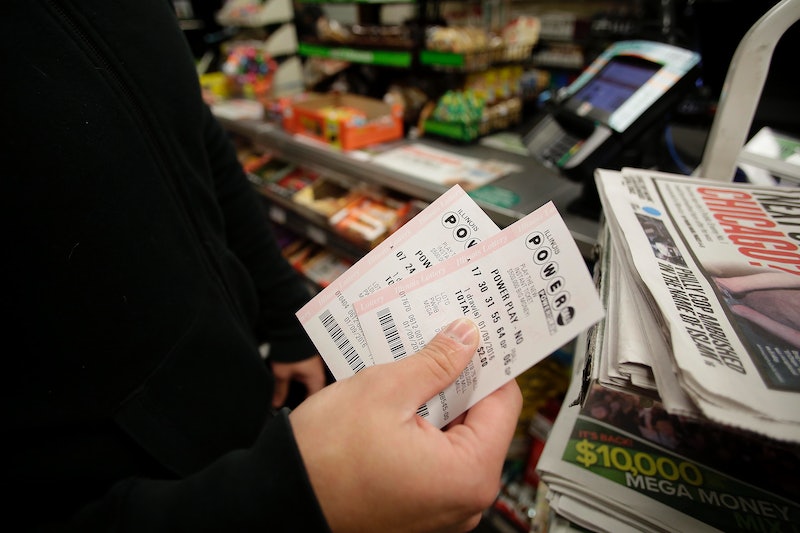 People across America are experiencing a lottery frenzy like nothing the country has ever seen before. No winners have claimed the Powerball jackpot since November 4, causing it to increase each week and prompting more and more people to flock to their local convenience stores to purchase tickets. With no winners in Saturday night's drawing, which had a hefty sum of $949.8 million at stake, the Powerball jackpot has now swelled to $1.3 billion. The gargantuan prize has many wondering, if this is the largest Powerball jackpot in history. The answer, as you might have expected, is a resounding yes. This jackpot is absolutely unprecedented.

Update: The jackpot is $1.4 billion as of Monday afternoon.

After the estimated $1.3 billion amount was revealed, Texas Lottery executive director Gary Grief confirmed that this was indeed the Lottery's largest prize in history. He told the Associated Press: "Biggest jackpot in the history of the world. Absolutely confirmed." In fact, the prize is so massive that some advertisements can't even handle it. Some billboards, which were designed to only adjust the amount in millions, were forced to advertise $999 million instead of $1.3 billion.

The Powerball's historical moment is twofold. In addition to growing to unprecedented figures, the Powerball is now seeing record-breaking sales of lottery tickets, totaling approximately the same amount as the jackpot itself. According to the AP, between January 6 and 9, more than $900 million in Powerball tickets were sold. At $2 per ticket, that's roughly 450 million tickets, or 1.5 for every single person in the United States.

Grief told the AP, "It's exponentially greater than any sales that any of the states involved have ever seen." Now that the jackpot has crossed into the billions, even more tickets are expected to be purchased. It remains to be seen whether the next drawing will yield any winners, especially with the Powerball's new odds. Last fall, the Multi-State Lottery Association changed the chances of winning the Powerball from one in 175 million to one in 292 million, which is the reason the prize has been able to grow to such unwieldy amounts.

The next Powerball drawing will be on Wednesday. Along with the estimated $1.3 billion jackpot, the cash value option will be $806 million. If no winners claim the jackpot, expect it to grow even more gargantuan.