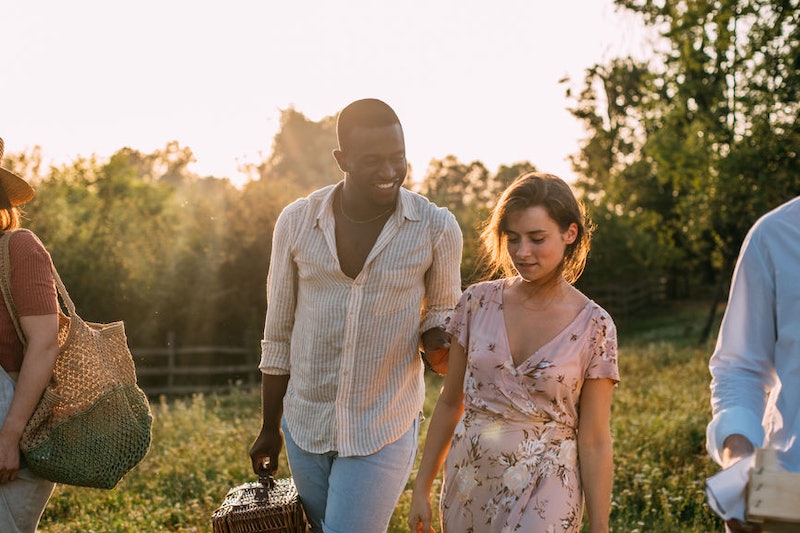 We've long been hearing anecdotal evidence of women being more hesitant than men to speak up in meetings, apply for jobs, and accomplish other tasks that require faith in themselves. Now, science has also confirmed it: the gender confidence gap is real. Men throughout the world do indeed have higher self-esteem than women, though there are a few fascinating cultural differences (more on that later).

These findings, published in the Journal of Personality and Social Psychology, shouldn't come as a surprise. We already knew from a National Bureau of Economic Research report that women are less likely than men to negotiate their salaries, and a Hewlett Packard report found women less willing to apply for jobs they weren't 100 percent qualified for. According to The Confidence Gap by Claire Shipman and Katty Kay, women also consider themselves less ready for promotions and routinely underestimate their abilities.

This new study, however, took a look at differences in self-esteem around the world for the first time. First, they confirmed that the confidence gap is real — and it exists in all 48 countries the authors studied. When asked to rate the truth of the statement "I see myself as someone who has high self-esteem," men consistently out-rated women.

The authors posited both genetic differences and cross-cultural sociocultural differences as possible sources of this pattern. Since most of the world is patriarchal at this moment in history, the confidence gap could very well be related to women's perception of their inferior status, especially given that the wage gap affects how women view themselves. A recent study published in Social Science & Medicinefound that women whose earnings are lower than their male peers' are more likely to experience anxiety and depression. "If women internalize these negative experiences as reflective of inferior merit, rather than the result of discrimination, they may be at increased risk for depression and anxiety disorders," lead author Jonathan Platt said in a press release.

The confidence gap could also stem from the media's negative effect on women's body image. A recent study by Yahoo Health showed that men are happier with their bodies than women, which can be a huge contributor to confidence, since women are taught to conflate their bodies with their self-worth.

The authors of the Journal of Personality and Social Psychology study on the confidence gap point out that "masculine" traits correlate with confidence in both genders, suggesting that the gap may be related to gender stereotypes and the way we value them. Women may have more feminine traits due to socialization or perceive themselves as more feminine because they're women, so since most cultures devalue femininity, women may view themselves as less valuable.

These theories, however, don't explain another of the study's findings: that there is a higher gap in confidence between men and women in industrialized, developed countries. The higher a country's GDP per capita, Human Development Index, and age of marriage, the higher the confidence gap.

Why would the countries that tend to present better conditions for women breed women who are less confident than men? The authors suggest that women are more likely to compare themselves to men when there is greater gender equality, making their ostensible inferiority more pronounced and leading them to stereotype themselves.

Relatedly, when gender inequality is less obvious and women are taught they're the only forces impeding their own success, women may be more likely to blame themselves when they don't achieve as much as men do. The researchers also postulate that the difference between countries could relate to a greater emphasis on the media's beauty ideals in more developed countries.

Whatever the reason, if you're a woman struggling with confidence, it's not just you. It likely has something to do with your gender, and it's probably not just biological. So, if you're having trouble feeling like you deserve to feel good about yourself, remember your confidence has a larger cause. Don't just engage in positive self-talk for yourself; do it to stick it to the patriarchy.

More like this
25 Inspiring Quotes From Black Women To Celebrate Black History Month
By Kyli Rodriguez-Cayro and JR Thorpe
24 History-Making Black Women You Probably Didn't Learn About In School
By Ayana Lage and JR Thorpe
Twitter Is Identifying With Sally Field & Jane Fonda’s Friendship In New Viral Video
By Jake Viswanath
An Expert Weighs In On The Viral Raw Carrot Salad Trend
By Alexis Morillo
Get Even More From Bustle — Sign Up For The Newsletter
From hair trends to relationship advice, our daily newsletter has everything you need to sound like a person who’s on TikTok, even if you aren’t.