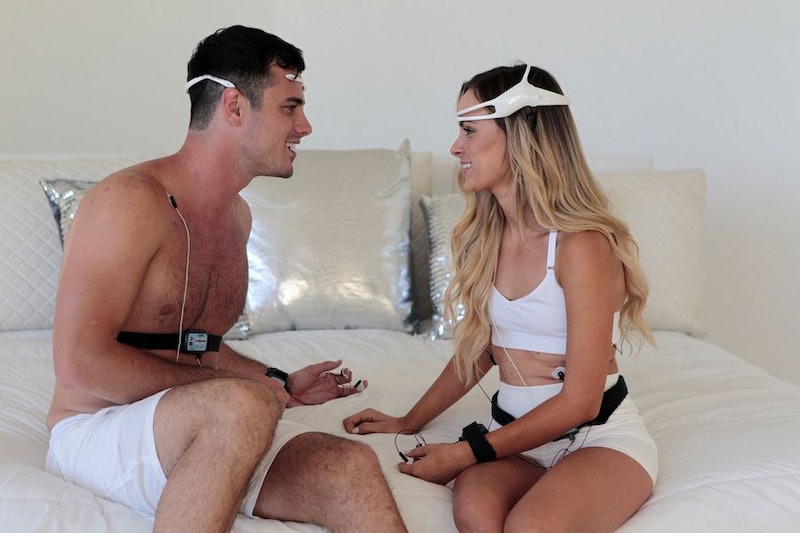 It’s not so farfetched that a Bachelor contestant or two or six would have children. After all, they’re all adults, and adults have adult relationships (and relations) and they sometimes result in children. This time around, Amanda S. is the only person on The Bachelor who has children — two girls, Kinsley and Charlie — and, boy, was she really nervous about telling Ben about it. Of course, Ben, consummate gentleman, was totally cool with potentially having step-kids.

It’s understandable that Amanda would be nervous to talk about her kids — not every person is strong enough to take on someone else’s children as his or her own. I get it. But, Ben was really, really chill about the whole thing. Not even chill, but eager. Ben wanted to know more about the girls, what they’re like, etc. He could have totally brushed Amanda off and dismissed her because she is a mom, but he did the opposite and it was very cool of him. Later on in the show, when Ben was giving out his many gifts to all of the women, he and Amanda made some rose barrettes for Charlie and Kinsley so that they could be a part of the Bachelor experience. Cute, huh?

Just when we think that Ben can’t get anymore gentlemanly, he one-ups himself into another level of being nice. What’s nice about Ben as a Bachelor is that he is really open to this whole experience. I know that it’s the worst of the clichés of The Bachelor to say, but it’s true — Ben is game for any and everything that being on The Bachelor will throw at him, and his relationships with the women are exemplary of that. If Amanda S. makes it far enough in the competition that Ben wants to meet her daughters, I bet he’ll make quite a splash with her two little lovely ladies.