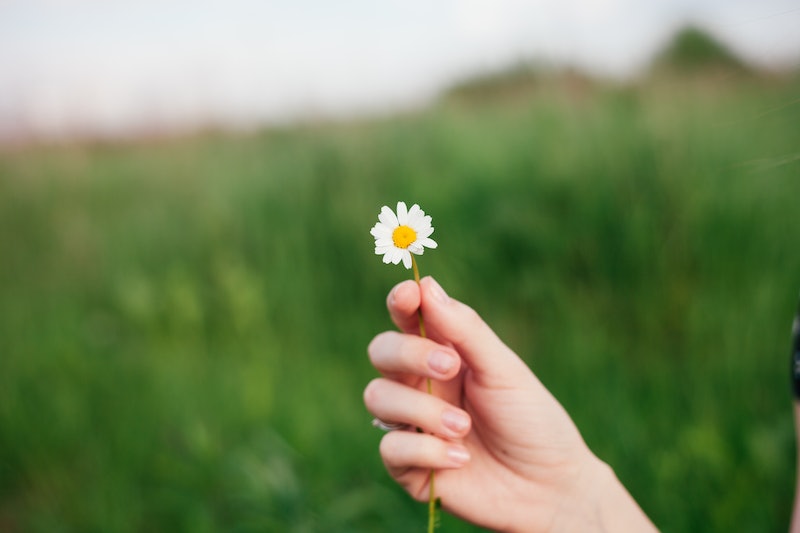 Beautiful blossoming flowers, friendly family dogs, delicious peanut butter-based cookies: these are but a mere handful of the totally innocuous everyday items that can transform into threats when you have allergies. While scientists are still trying to work out exactly why allergies exist, we do know that allergies are common, and becoming even commoner among the next generation. An estimated 50 million people in the United States are allergic to dust, pollen, mold, dust mites, or pet dander — a condition generally known as "hay fever." In addition, 15 million Americans have food allergies, primarily to milk, shellfish, fish, eggs, nuts, wheat, and soy. In total, more than a fifth of Americans must wage battle against harmless substances that our bodies have decided to treat as poisons.

If you're someone who begins every morning by looking up the day's pollen count online, you may not think you've scored big in the allergy jackpot. But you're having an easier time of it than the folks who suffer from the nine uncommon allergies below — in addition to having to figure out how to navigate normal life as someone who is unable to, say, make contact with water or has a coughing fit every time they eat a grape, they also have to spend chunks of their life explaining their allergies to people who don't think they're real ("Come on, who's allergic to nickels?").

Know that people who suffer from these weird allergies are definitely not faking it, and that they can use your compassion — hey, a life where you're allergic to your own sexual fluids is already hard enough, right?

Before you're like, "Uh, yeah, I'm allergic to cockroaches, in that thinking about them makes me break out in hives" know that some people — many, in fact — have an allergic reaction to actual, physical roaches. Roach bodies and waste (oh god, I just retched a little typing that) can induce symptoms, like a stuffy nose, that are very similar to hay fever; only in this case, instead of having allergies caused by the majestic beauty of nature, your allergy is caused by God's foulest shell-covered mistakes. Folks who are allergic to roaches can also get skin rashes from touching surfaces that roaches have walked or (pray for me) pooped on; in some cases, roach waste and residue can even induce asthma attacks.

And most horrifically of all, people with shellfish allergies are also often allergic to roaches, because the protein that induces allergic reactions from shellfish is also present in a roach's exoskeleton. So roaches are the lobsters of the land ... or lobsters are the roaches of the sea. Either way: appetizing!

The good news is that if you find that you suffer from a roach allergy, you can end your suffering by sending those bastards back to hell where they belong — by which I mean, hiring a licensed exterminator and properly storing your foodstuffs.

Many a surly Goth teen has been described by their frustrated parent as being "allergic to the sun" — which is kind of insensitive, considering that there are people who actually legitimately experience an allergic reaction every time they are exposed the sun, regardless of their personal stance on Marilyn Manson.

The technical name for a "sun allergy" is photosensitivity, which can manifest in a number of different ways — most typically as rashes, blisters, redness, or hives on the skin, which often look like an extreme case of sunburn. People who can't be exposed to the sun at all without significant skin damage and pain often suffer from a condition called erythropoietic protoporphyria — which is actually a genetic syndrome that involves the immune system, rather than a traditional allergy.

Urticaria is a category of allergy that covers hives and skin irritation — folks who are allergic to the cold (which is also a thing), for instance, suffer from a cold-related urticaria, meaning that exposure to the cold causes swelling, redness, and pain in their skin. But a rarer form is aquagenic urticaria — an allergy to water that causes skin to break out in hives whenever it comes into contact with H2O. Folks suffering from severe aquagenic urticaria may only be able to bear a few moments in the shower, and can't drink a glass of water or wipe away a child's tears without inflammation and pain. The good news is that many people with urticaria only experience it for a period of a few years, so ... at least there's that.

Between 20,000 and 40,000 people in the U.S. are allergic to semen — which, at first, doesn't sound like a huge problem. But when you think about how all 20-40,000 of those people must have all had to learn about their semen allergy, the picture suddenly becomes a bit darker. The proteins present in semen are responsible for the allergic reaction, and for whatever reason, semen allergies seem to mostly effect women (but yes, men can have it, too, and yes, in extremely rare cases, a man can be allergic to his own semen, definitively proving that there is no god).

Semen allergies generally create itching, burning, swelling and pain on the skin wherever you've come in contact with semen — and the skin can stay irritated for days. In severe cases, in fact, a semen allergy-sufferer can go into anaphylaxis, a potentially life-threatening allergic reaction that involves racing heart rates and the swelling of the throat. Like all allergies, it's not necessarily a lifelong affliction — you could just wake up one morning and find that you are suddenly allergic to penis juice.

Most people who get artificial nails experience no problems greater than finding that they suddenly have texting abilities below those of the average house cat; however, some people are allergic to the resins found in acrylic nails — which can cause redness and swelling on the nail bed, and in extreme cases, can cause your actual nail to fall off (as well as the fake nail, presumably).

Nickels — as in, the things you get when they hand you your change at the coffee shop — are actually made of the mineral nickel, which is bad news for the 15 percent of Americans who suffer from nickel allergies. Those allergic to nickel may develop irritated skin or even rashes from handling pieces of the minor currency, as well as coming into contact with the mineral anywhere else — which is rough, because nickel is present in lots of body jewelry, glasses frames, zippers, cell phones, and even some varieties of legume. A strong case for just using your debit card, right?

If your vegetable intake is generally restricted to red pepper-flavored corn chips, well, that's a personal call; but for some people, that's about as close as they can get to an actual raw vegetable without having their throat swell. Folks suffering from a problem called oral allergy syndrome experience itching, burning, and pain in their throat any time they eat raw fruits or vegetables.

And while this sounds like a bizarre, extreme allergy, experts actually estimate that up to 70 percent of hay fever sufferers also experience some form of oral allergy syndrome, according to U.S. News and World Reports. Our bodies think that the proteins in fruits and veggies appear similar to those hated pollen molecules, and thus, they proceed to have a similar reaction when we eat them. For some sufferers, just peeling the food is enough; for others, heating it up in the microwave for a few seconds is required; and for a few unlucky souls, fruit salad is off the menu, forever.

Are you sitting down right now? Well, appreciate all the pressure you're able to put on your butt in this moment — because, yup, some people are allergic to that. It's called pressure urticaria, and while this allergy is luckily rare, it's rough on sufferers — all the physical pressure we experience in a day, from sitting on our butts to leaning a hand against a window sill to even wearing a tight pair of jeans, can cause irritation, burning, and skin pain that can linger long after the pressure has ended.

In this cruelest twist of fate, some folks who deal with other allergies are also allergic to the allergy medicine used to treat them. But these allergies are usually related to the dyes or other ingredients used in commercially available allergy meds, rather than the anti-allergy chemicals themselves — these allergy sufferers can still get treated for their allergies by professionals.

More like this
An Honest Review Of The TikTok-Famous WalkingPad
By Kaitlyn Wylde
The Best Ways To Get Rid Of & Prevent Red Bumps From Shaving, According To Dermatologists
By Madison Barber
How To Protect Your Digital Privacy If You Need An Abortion Post Roe v. Wade
By Kaitlyn Wylde
5 Crystals To Lower Your Anxiety
By Megan McCarty
Get Even More From Bustle — Sign Up For The Newsletter