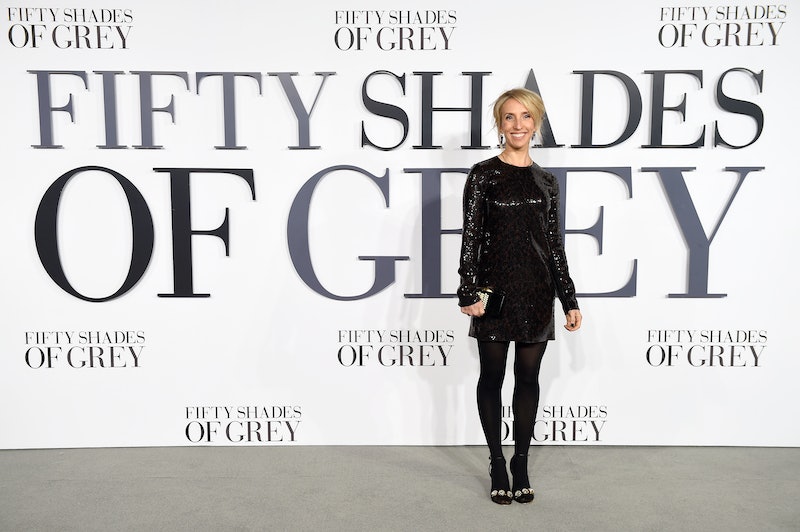 A recent study by the Center For The Study Of Women In Television And Film has shown that female filmmakers are still in short supply in the movie industry, with top jobs in Hollywood being comprised of 19 percent women, and 81 percent men. There is clearly still a huge discrepancy between the sexes in the film industry, and, despite several celebrities being very outspoken on the topic recently, nothing is changing very fast. For instance, 2014's survey put the percentage of women filmmakers at 17 percent, while, in 2001, the figure was 19 percent. Why is nothing changing? Could 2016 be the year of the female filmmaker? Isn't it about time that women had as equal a chance as men at scoring a coveted job in the movie industry? And what exactly will it take for women to climb to the top in film's most important roles?

2015 contained several female filmmaker success stories, including Elizabeth Banks in her directorial debut, Pitch Perfect 2, and Sam Taylor-Johnson's Fifty Shades Of Grey. While these were two stand-out box office successes, they were exceptions in an otherwise male dominated industry. Discussing the survey, The Hollywood Reporter says, "women fared best as producers (26 percent), editors (22 percent), and executive producers (20 percent), and found less acceptance as writers (11 percent), directors (9 percent), and cinematographers (6 percent)." In a year when female celebrities such as Jennifer Lawrence stood up for equal pay, and Effie Brown discussed diversity with Matt Damon on TV and came out on top, isn't it time that women were taken more seriously?

Discussing the survey, The Hollywood Reporter says, "Women are more likely to be given opportunities when budgets are low and less money is at risk." While it's heartening that there are many independent filmmakers creating small budget work and seeing their movies released, it's frustrating that women are rarely in contention for the much bigger jobs in Hollywood. For instance, whenever superhero movies are discussed, it's rare that a female filmmaker will be considered. Upcoming superhero flick Wonder Woman has a female director, Patty Jenkins, and, while this is an exciting move, it's a small start. For instance, Norlisa Hanlon Rosslee in Marie Claire says, "Kathleen Kennedy, President of LucasFilm, recently saying how badly she wanted a female director for the blockbuster Star Wars series." And how great would it be to see a woman direct one of the upcoming Star Wars movies? Awesome, yes. Likely, no.

So, in 2016, are there any signs of a shift towards female filmmakers? The Guardian says, "Kung Fu Panda 3, Money Monster, Bridget Jones’s Baby and Underworld 5" are movies directed by women due for release in 2016. While several of these movies are sure to do OK at the box office, especially as they're sequels in already successful franchises, all of the most anticipated of the movies are made by men. Specifically, I'm looking at you, Batman v Superman: Dawn Of Justice, Captain America: Civil War, Deadpool, Suicide Squad, Rogue One: A Star Wars Story, X-Men: Apocalypse, Finding Dory, Ghostbusters, Star Trek Beyond, Zoolander 2, The Divergent Series: Allegiant, and Fantastic Beasts. It's also worth nothing that Kung Fu Panda 3 is actually co-directed by a man. (And now I'm suitably miserable, especially as this list constitutes only a fraction of the films due out in 2016.)

While it doesn't look as though 2016 will have the much-needed shift the movie industry needs to include more female directors, writers, editors, and producers, it's important that people are discussing this issue. As Norlisa Hanlon Rosslee in Marie Claire says "out of 600 films released from 2007 to 2013, women directed only 1.9 percent of them." This is clearly unacceptable, and something needs to change.