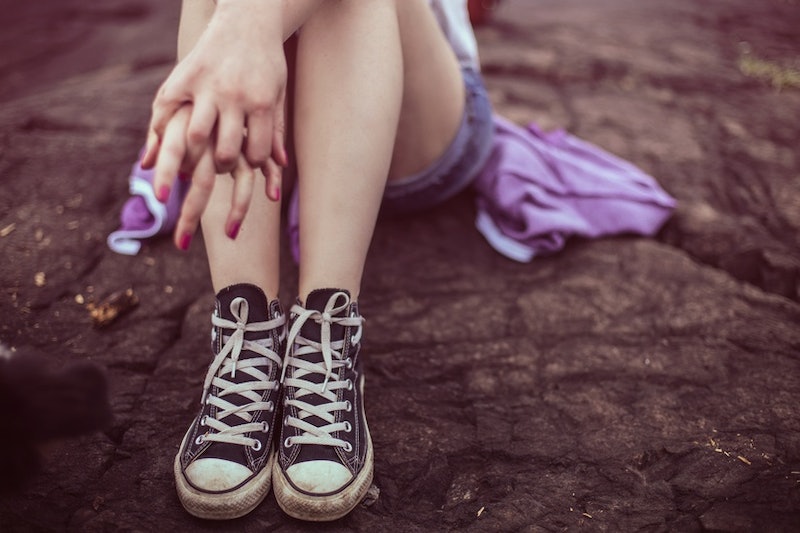 "Fine. Whatever." Is that what comes out of your mouth instead of your true feelings when you experience conflict? If so, consider this your passive-aggressive rehab. Changing passive aggressive behavior is important, because it's one of those sneaky relationship killers that creates distance and resentments (and, of course, annoyance). Most people do it, from time to time, and often without realizing it. But when it's your go-to coping method for conflict, you're setting yourself up for some serious unhealthy patterns.

During my time working with couples as a Domestic Violence Victim Advocate and Planned Parenthood Certified Responsible Sexuality Educator, some of the most productive work I did, that yielded the most change, involved changing passive aggressive patterns into healthier, more direct patterns. It's a process, with a definite learning curve and adjustment period (especially if you're really bad at conflict), but the improvements it will make in your life will be surprisingly positive. And it's not just your relationship that will benefit. Being more direct with your family, friends, and co-workers will also make your life easier.

Since passive aggressive behavior is often second-nature, you probably need a little direction, both to recognize it and to stop it. Try these hacks below and see if being more direct and expressive changes your life for the better.

1. Realize When You're Doing It

2. Be Realistic & Honest About Your Time

When someone asks you to do something you don't want to do, the passive-aggressive response is to say "I'll be right there" or "I'm on my way," and then to take forever (if you show up at all) instead of saying "no." This often happens because you're uncomfortable telling the other person that you don't want to do what they're asking. You could just be continually delaying leaving the house, or taking forever to come downstairs to help clean. The more direct response is to be honest about things you don't want to do. A small start is to say, "I'll be down in 15 minutes" when you're busy doing something, instead of saying "I'm coming!" and then delaying.

Passive aggressive people tend to be perfectionists. When they don't have the time or resources to do things perfectly, or they're assigned a task they don't want to do, they often just half-ass them. This is the grown up version of a temper tantrum. It's doing a crappy job on a report instead of telling your boss you don't have the time to do it. It's doing a bad job at housework so your roommate has to re-do it. If you feel yourself doing a bad job on purpose, take the time to ask yourself why, then try to communicate that to those around you.

Passive aggressive people sometimes use punishment as a form of expressing negative emotions. For example, you might make make your partner's coffee too strong on purpose, or take one of the important screws out of your roommate's IKEA shelf kit. These little acts seems funny and satisfying to you, but they're just childish ways to avoid conflict (and they often create more conflict.) Instead of revenge, better to just talk it out, and/or to find more productive means of emotional release.

While you may not tell big, purposeful lies, telling half truths, or omitting the truth altogether is a means of passive aggressively avoiding conflict. For example, instead of telling your partner bad news, you say things like "I told you that," or "I thought you knew" when the issue comes up. Another classic passive-aggressive like is saying "I'm just kidding" when you finally do tell someone something, and they don't like it. The funny thing is, passive aggressively people often lie to avoid conflict, but the lying just creates even bigger conflict. Better to be honest from the start.

6. Say What You Mean

Backhanded compliments are one of the go-to defense mechanisms in the passive-aggressive arsenal: "You have such a pretty face." "You're doing pretty well for someone who never graduated college." "A lot of people don't do well until later in life." These aren't just ways passive aggressive people deal with negative feelings toward you, they're also total jerk moves. If you feel the need to insult someone, either because you're insecure, or you don't like that person, than address those problems instead. Don't be that person.

Have you ever been out with your friends, except one of them forced their partner to come along, and instead of either declining the invitation or sucking it up and making the most of it, the partner just sulked and acted like a jerk? That's total crappy passive aggressive behavior. Not only does it ruin your night, but it ruins everyone else's night. Because if you have to be there suffering, so does everyone else. If you don't want to go, then don't go. If it's something important to your partner, than grow up and be supportive.

Once you learn to live a more direct, honest life, you'll probably notice less unnecessary drama. Plus, you can live in a world where you do what you want and people respect that. That's the dream right?