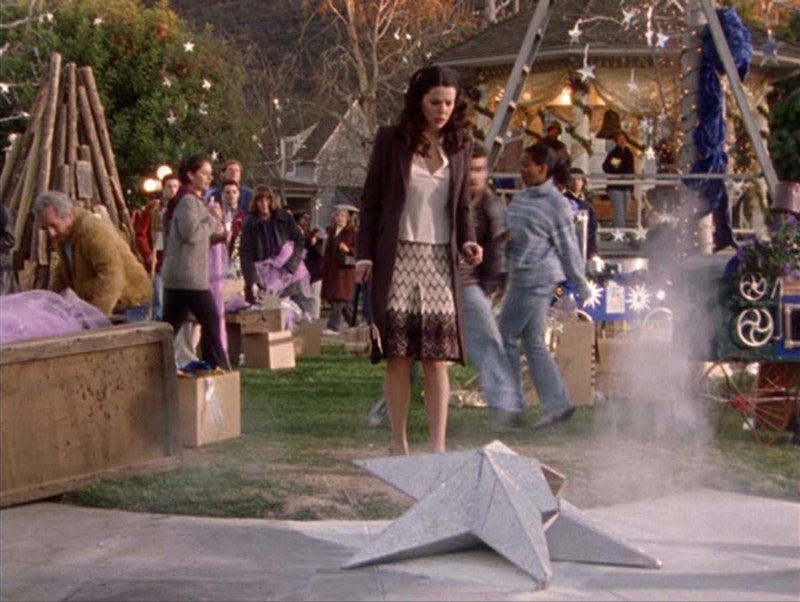 Pretty Little Liars may be known for its many mysteries, but my favorite fun fact about the Freeform series has more to do with the secret identity of the town the show is set in than any of the actual characters. Have you heard that Gilmore Girls and Pretty Little Liars use the same set? Both shows film on the Warner Brothers lot in California, so Rosewood and Stars Hollow are basically the same place — with just slightly different tones. This particular television town has been a hot button issue lately, with set photos from the unconfirmed Gilmore Girls Netflix revival surfacing online.

The houses on the lot have also been used for other Warner Brothers shows that include Friends and more recently Hart of Dixie. However, since Gilmore Girls and Pretty Little Liars are such different shows with similar audiences, it's that comparison that's always hilarious to me. You can sometimes catch the gazebo in the background. Stars Hollow High School (where Rory went to school before Chilton) is now used as the Rosewood Town Hall. They don't just use the town square, either. How nuts is it that Hanna and Lucas go out on a boat in the same river where Jess and Rory have their infamous basket date (also the same river that Luke throws his nephew in, so there's that.) Thanks to my own keen observational skills and help from fans including Tumblr user princess-londons-pics, here are some comparisons that will blow your minds.

Here is it in the background of Pretty Little Liars.

The little yellow house where Lane grew up is now used as the front of Emily's house on Pretty Little Liars.

The back side of Lorelei's gorgeous house gets a little less quirky and a little more swanky for PLL.

This is one of my favorite, because I'd recognize those windows anywhere. The mind-blowing set-cycling doesn't end here, there are tons more examples. Once you start noticing which buildings have been repainted and re-used to transform Connecticut into Pennsylvania, you kind of can't stop. Happy hunting!