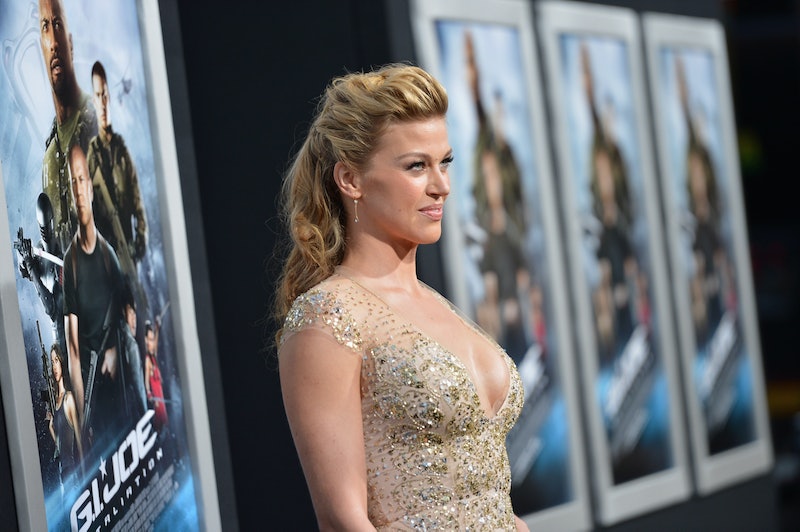 Trya Collette was a treasure. Adrianne Palicki as Tyra Collette was a treasure. And sure, Friday Night Lights is long over, and Palicki has been doing stuff since then, but can you really blame me that it's those two thoughts that rushed to my head when I first heard that Palicki would be making a return to TV through NBC's upcoming comedy series About A Boy. One of the things that Friday Night Lights shone at was maximizing the value of television as long-form storytelling. It was within this that we got to see Palicki's Tyra grow and evolve from a self-destructive young girl with no path to a young woman full of hope, dreams, and plans of how to make those dreams happen for herself.

The project Palicki's signed on for is a comedy, not a drama in the vein of FNL — but I am still more than eager to see her be able to grow into and with a character again. Even more promising? The fact that the series is being brought to TV by none other than the man behind the sentiment, FNL executive producer Jason Katims.

If your first instinct at hearing the title of the series was to connect it to the 2002 Hugh Grant movie of the same name, your instinct is correct: It is indeed an adaptation of the film and its source book. And while that may not sound all that original, keep in mind that neither FNL or Parenthood were at all original at the times of their creation, either: Jason Katims just made them feel wholly new.

Can you tell we're excited about this project? Here's hoping NBC knows what they've nabbed with this one.