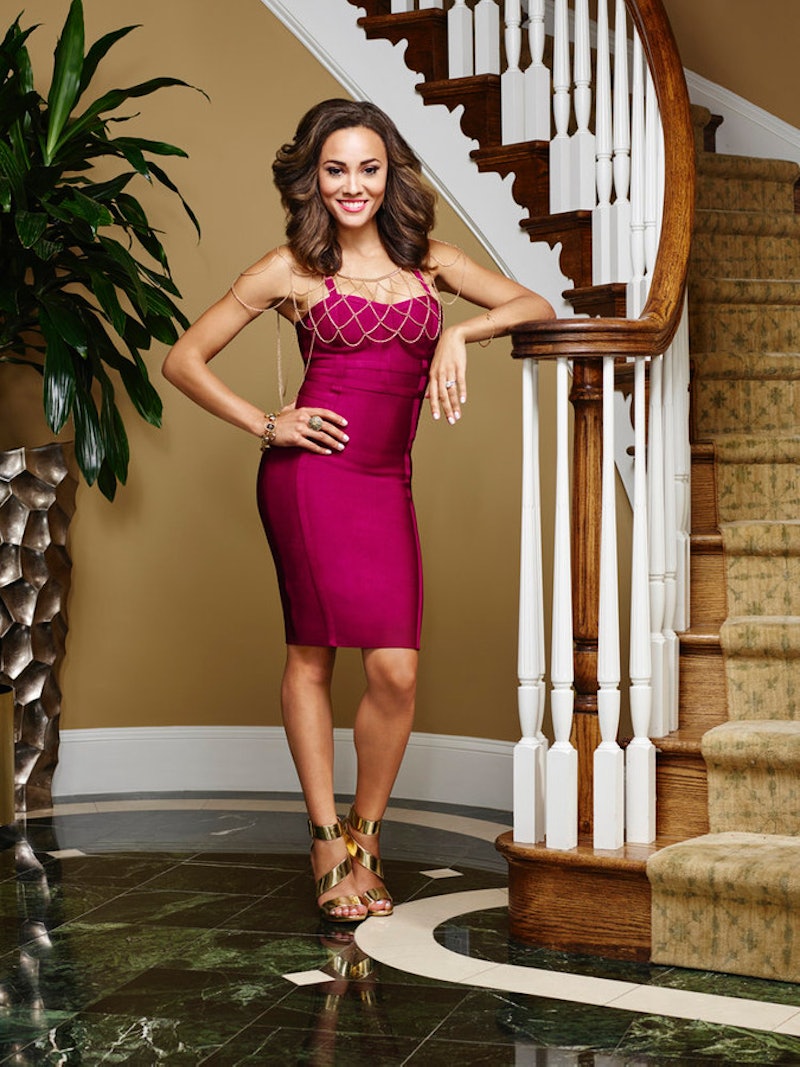 Bravo's anticipated new reality series Real Housewives of Potomac premieres Sunday, Jan. 17 and will chronicle the lives of some influential and flashy women in Potomac, Maryland — near Washington, D.C. One of the women featured on the series is Ashley Darby, a 20-something former beauty queen, restaurateur, and wife. But, who is her husband Michael Darby?

Well, according to The Daily Mail, Michael is a prominent, Australian-born, D.C. real-estate developer, of course. And, according to The Washington Post, the then 52-year-old proposed to a 24-year-old Ashley in 2012. The couple began dating after she interned at his company, but broke up for a few months while the former Miss D.C. was gearing up for the Miss America pageant. The couple reconnected and got engaged in a helicopter over the Hudson in New York. The romantic gesture was followed by a trip to Tiffany’s where Ashley picked a ring. Sounds like a fairytale, right? It pretty much is. But there's also so much more to learn about this couple, fortunately reality TV has come to the rescue.

Before we officially meet Ashley and Michael on the new Housewives series, here are a few things to know about Michael's hobbies, work, life, and wife.

Ashley and Michael recently opened an Australian restaurant near D.C.

They Enjoy The Outdoors

Michael and Ashley climbed Kilimanjaro on their #adventurehoneymoon.

He Has Two Adult Kids

They Already Have A Fur Baby

He Has A Need For Speed

Ashley Instagrammed a video of her husband driving his BMW.

What more will there be to learn about this cute couple? Fans will have to tune in to find out.