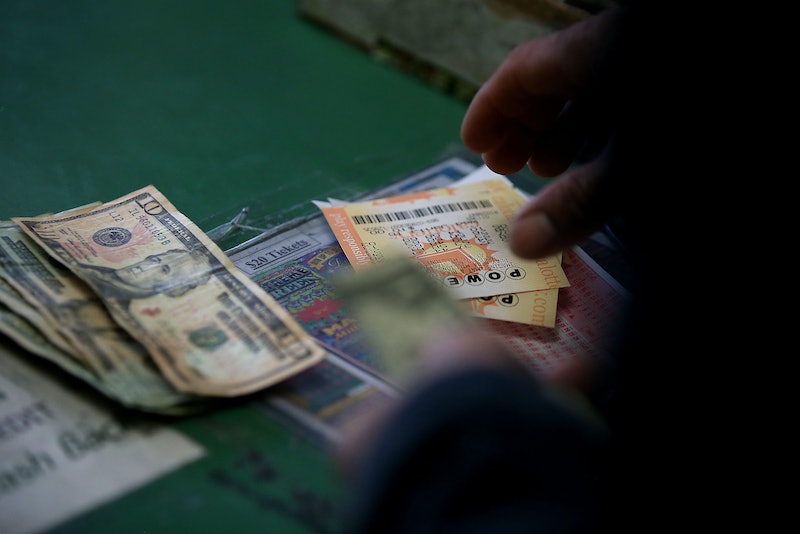 The one thing on everyone's mind right now is the Powerball — specifically, its grand prize. The odds of hitting all six numbers, including the red Powerball itself, are extraordinarily low. That $1.5 billion grand prize isn't the only way you can call yourself a winner, however. Set jackpot amounts abound, and technically, you can win the Powerball with just one number. It's the special red Powerball that holds the key to that prize. Those who correctly match that number win $4, which is double the amount it costs to purchase a ticket. Oddly, matching a regular number as well as the Powerball number yields the same amount.

The prize amount only goes up from there, with the highest non-jackpot set at $1 million for matching all five normal numbers, regardless of order. There are just enough prizes that the odds of winning at least something is one in 24.87, which is a far cry from the one in 292 million chance you have in winning it all through a lone ticket. There are even more ways to win in addition to picking the right numbers, thanks to the Powerball's Power Play option. For just one extra dollar, lotto hopefuls can at least double their prospective earnings. The Power Play can yield from twice as much to up to 10 times the prize amount, based on what multiplier is drawn. The full option is only available for prizes up to the third highest, so anyone who wins the $1 million or the jackpot itself must be content with their earnings.

Those who play the Power Play and win $1 million can double their money, but nothing more than that. So even if the multiplier is as high as it can go, you will still be left with $2 million at the most. Still, the Power Play certainly makes a difference. It's the multiplier that can turn a modest prize into something truly impressive. Oregon Powerball player Brandon Bennett turned his $50,000 prize into $150,000 thanks to a three-times multiplier that was picked during the Saturday night drawing.

Because many people aren't aware of the smaller prizes available, many have gone unclaimed. As of Tuesday, there were at least four unclaimed $50,000 prize winners in Oregon alone. There may very well be dozens of unclaimed $4 prizes from a single correct Powerball number pick alone. Don't let yourself be one of them if you win. Despite the major difference between the jackpot and the lowest prize, free money is still free money.