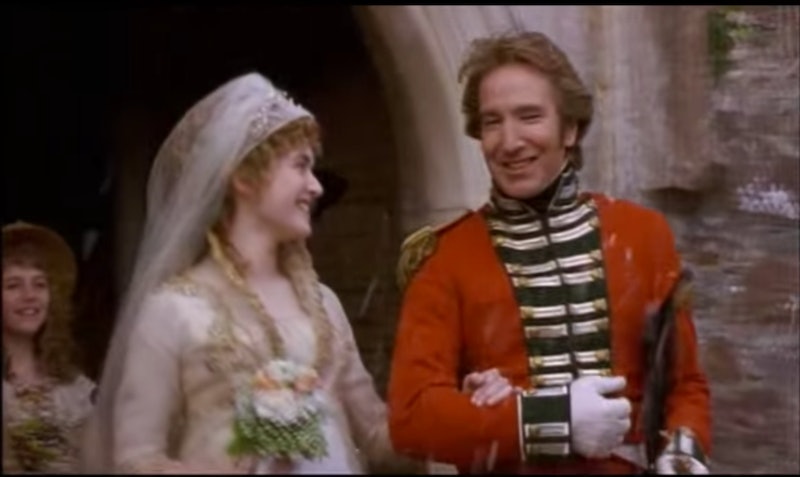 On Thursday morning, the world woke up to the devastating news that beloved actor Alan Rickman has died from cancer. Fans of almost every movie genre are in mourning: Rickman lent his inimitable nasal voice to everything from period dramas to action movies. He was the bad guy with the heart of gold that you couldn’t help falling in love with — and his talent will be truly missed.

But although Die Hard and Love Actually are some of the most famous films on his IMDb page, Rickman actually had a specialty: playing literary roles. His long and impressive career began and ended playing characters from classic literature (beginning with Tybalt in Romeo and Juliet and ending with Alice Through The Looking Glass’s The Blue Caterpillar) — and of course, somewhere in the middle Harry Potter gave him arguably his most beloved role of all: Severus Snape

Alan Rickman brought to life so many wonderful literary figures that I think it’ll be a while before I can pick up any of my favorite books without feeling sad. His performances are so memorable that I can never again read a line from Snape or Colonel Brandon without hearing Rickman’s dry delivery in my ears. Here are six of his best bookish roles.

1. Colonel Brandon in Sense and Sensibility

As someone who grew up with Jane Austen instead of Harry Potter, I will always remember Alan Rickman first and foremost as Colonel Brandon. It’s a rare turn for Rickman to be playing a romantic hero instead of scheming baddie (with or without a secret passion for his childhood friend), but he totally pulls it off.

2. The Blue Caterpillar in Alice in Wonderland

This won’t be the last we see (or rather, hear) of Rickman, as he will be reprising his role as the voice of The Blue Caterpillar in the upcoming Alice Through the Looking Glass , which comes out this spring.

3. Antoine Richis in Perfume: The Story of a Murderer

Perfume is the seriously creepy story of a man whose extraordinary sense of smell leads him to murder women in an attempt to capture their scent. A lot of people didn’t think the film quite did the book justice — but praise of Alan Rickman’s performance was pretty much unanimous. The man could do no wrong.

4. Marvin in The Hitchhiker’s Guide to the Galaxy

Marvin the downcast Paranoid Android would never have been quite so endearing if it weren’t for Alan Rickman’s wonderfully deadpan voice acting.

5. Tybalt in Romeo and Juliet

Rickman’s first ever role was Tybalt in the 1978 adaptation of Romeo and Juliet. I’m sure he was great, but let's be honest — it’s not the 1996 version with Leo and Claire so I didn’t watch it. (But I definitely will now.)

The most mourned character when the news broke was, of course, Professor Snape: the misunderstood Hogwarts teacher who captured everybody’s hearts even while being a total bully. And it is with Snape’s most famous line that people are now expressing how long Rickman will hold a place in their hearts: Always.