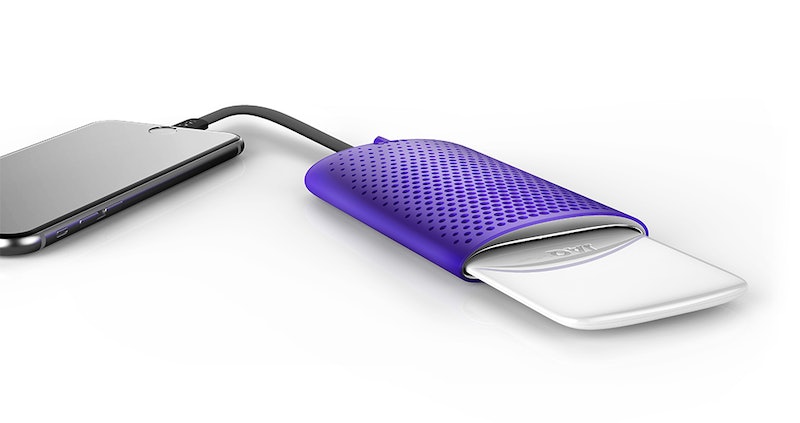 We're all hopelessly dependent on our phones, which means we're also hopelessly dependent on whatever apparatus we use to charge our phones. Luckily for us, we live in 2016, which means that technology that charges your phone with water exists. Yup! Human beings with science and engineering degrees came together and created JAQ, which they are calling "the world's smallest pocket sized fuel cell charger." The people behind JAQ have worked out a way to charge your phone using water, salt and fuel cells. Obviously, the process is a lot more complicated than that, but the important takeaway here is the implications this technology has. In the long run, this may mean that this technology can push our dependence on fossil fuels down.

Of course, cars using fuel cells to cut emissions have already existed for a little while. But if you think that cellphones are not worth the effort of making greener because unlike cars, they don't use oil — you should guess again. Cellphones are often plugged into the grid, and thus use up electricity. Electrical plants run on coal! And coal is arguably as troublesome for our environment as oil. It's also just as finite. Wouldn't it be nice if we had an alternative to coal-run electrical plants? With the increase in personal computer usage, as well as cellphone use, fuel cells are a great idea for chargers. And from the looks of JAQ, that idea is more possible than we may have imagined.

JAQ looks like a small phone-sized pouch that connects to your phone through a charging cable. To charge your phone, you simply click in a credit card sized fuel cell that "fuels electricity-producing chemical reactions when you slip the card into the port," according to the JAQ website. That's it. That's all there is to it.

You can also use this device to power tablets and small appliances, but you will need to use more than just one fuel-cell card to get them fully charged. Just thinking about the usefulness of this device makes me smile. I also know someone who desperately could have used this...

In case you were wondering if this is a new technology, I would ask to direct your attention to this video below, from 2007. In it, a man charges a phone using an onion and electrolytes. I remember this blowing my mind at the time. It still does, but I am glad to see we evolved past using onions.

Here's the details, from the website, about how JAQ works:

While this product is not yet out, the company speculates that it will be ready to ship by the end of the year. Not bad, I say!

You can go to their website and check out a sign-up for monthly cartridges and extra cards.