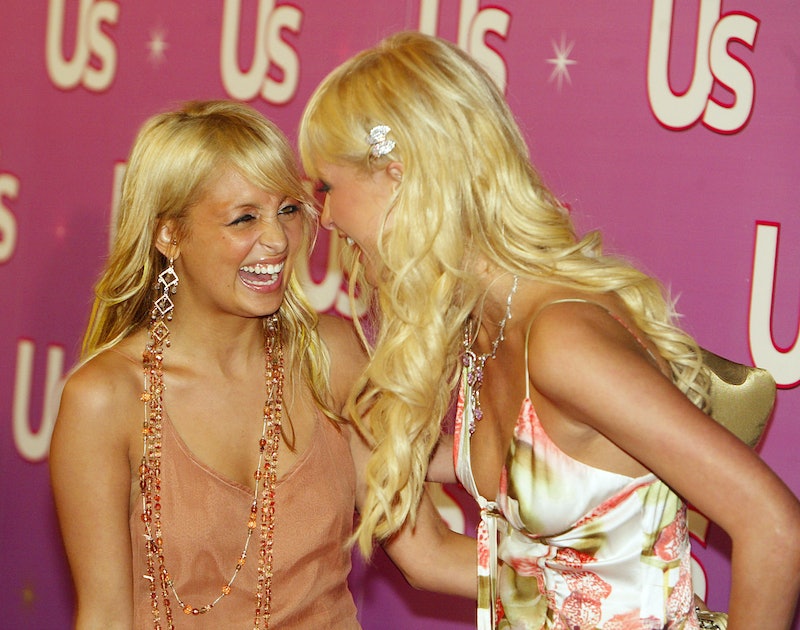 What is the riddle of the Sphinx? Why did Amelia Earhart's plane crash? And are Nicole Richie and Paris Hilton still friends? I want answers, and I want them now. Luckily, Nicole Richie's interview with Marie Claire Mexico tells us just what every The Simple Life fan wants to know. Forget your awesome fashion line, funny tweets, and cute kids, Nicole — we are ALL EARS about the Hollywood friendship that turned into a four-year TV show that killed souls and brain cells alike. But in the best way.

"I had already traveled a lot around my country and abroad, but I had never experienced America quite like when [Paris and I] were doing [The Simple Life]," Richie says. "Before that, my whole world was between Los Angeles, Miami, New York, Alabama, and Atlanta, where my parents come from, and I was also familiar with some of the southern ways and customs, but being in the central states was something completely new to us. Traveling is essential because it helps you grow. Learning about different cultures and beliefs is a wonderful process."

Hmm... different cultures is usually how you would describe foreign countries. International travel. Unconquered caves in the Amazon. Not Wal-Mart. But that's okay, you have to find out how other people in America live, right?

"We were filmed 24/7: in the bedroom, in the car, in the living room," Richie says. "That was the most interesting part about The Simple Life, because it was intended to show what we were experiencing in the most truthful way. This changed later on, but at the beginning it was reality at its finest."

Reality at its finest... couldn't have said it better myself. They put the Real Housewives to shame. So what's the reality of Richie's relationship with Hilton now?

"Paris has been part of my life since I was 2-years-old," Richie explained. "There's a strong friendship between our families and we'll always know each other."

Ice cold, Richie! Her answer is basically a big ol' talk to the hand and three snaps in a Z formation. Their show ran from 2003 to 2007, and they started fighting while the show was still on. In 2006, however, they reportedly called a truce. The cause of their infamous fight? Richie reportedly showed Hilton's sex tape at a party, and things escalated from there. Richie is a successful fashion designer now, and Hilton is a self-made billionaire, so neither did too shabbily — but we'll always have those sweet friendship memories, right?