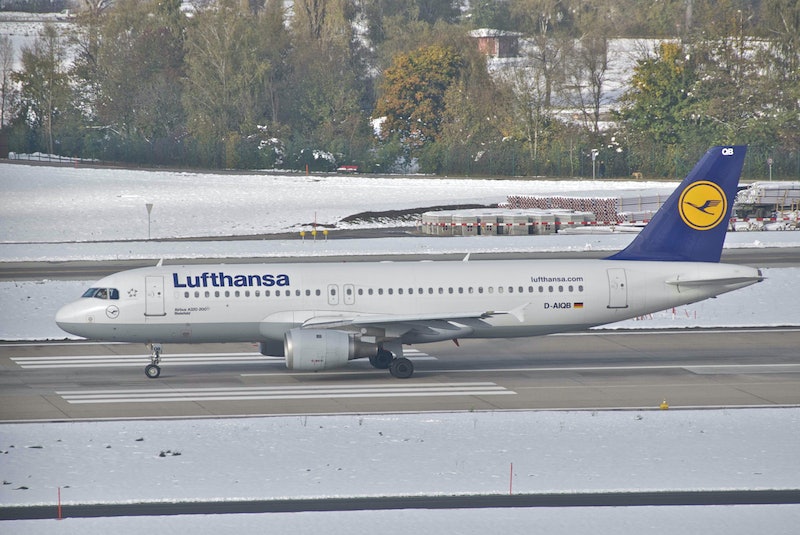 Their list of crimes reads off about as stereotypical as a goodfella can get: A group of mobsters have pled not guilty in an arraignment to a rapsheet of murder that includes racketeering, armed robbery, arson, and extortion, after being arrested by the FBI on Thursday. The crimes they're connected with have, until now, remained unsolved, and include the infamous 1978 Lufthansa heist at JFK airport, where a group of robbers stole $5 million in cash and $1 million in jewels from the airline's cargo building. At the time, it was the largest cash robbery on national record, and it formed part of the plot of Martin Scorsese's classic Goodfellas . Adjusted for inflation, today, that $5 million cash would be worth about $18 million.

“These ‘goodfellas’ thought they had a license to steal, a license to kill, and a license to do whatever they wanted. However, today’s arrests of the five members of the Bonanno crime family brings an end to their violent and ruthless ways. As alleged in the indictment, Vincent Asaro and his co-conspirators were not only involved in typical mob activities of extortion and murder, but Asaro himself was in on one of the most notorious heists—the Lufthansa robbery in 1978. It may be decades later, but the FBI’s determination to investigate and bring wiseguys to justice will never waver,” said FBI Assistant Director in Charge George Venizelos.

The court proceedings read like the epilogue for the film, delving first into an explanation of the structure of "La Casa Nostra" (the mob's official name), including definitions and a "family tree" of involved persons and their relationships within the organization. The Bonanno family is one of the mob's top families, and it's this clan that's thought to be deeply connected to the crimes that the five are charged with, including one of the men accused of orchestrating the Lufthansa robbery.

"As alleged, [alleged mob captain] Vincent Asaro devoted his adult life to the Bonanno crime family, with a criminal career that spanned decades," U.S. Attorney for the Eastern District of New York Loretta Lynch said. "Far from a code of honor, theirs was a code of violence and brute force. Those suspected of cooperating with law enforcement paid with their lives. Neither age nor time dimmed Asaro's ruthless ways, as he continued to order violence to carry out mob business in recent months."

Cue the music. In the end, it was cooperation with the FBI that led to the case being cracked: The FBI recruited one of Asaro's cousins who said he's been there for the heist.

Authorities used information from at least four cooperating witnesses, DNA evidence and secretly made recordings in building a case that resulted in five arrests of alleged Bonanno crime family members as part of a broader organized crime sweep.

In court, the four defendants, including Asaro, pled not guilty to their charges (the fifth man, Jack Bonventre, is getting arraigned Friday because his lawyer wasn't available). Asaro's attorney, Gerald McMahon, claims innocence for the captain, particularly in the case of the heist, which has only seen one conviction.

"Innocence. Pure, actual innocence. He didn't do it, had nothing to do with it. Pretty much all the people that did it got murdered," McMahon said. "So, the fact that my client didn't get murdered would suggest that he didn't have anything to do with it, so I'll start right there."

McMahon is arguing that Asaro was framed by a former mob boss, Joseph Massino, and said the high-ranking mobster was one of the "worst witnesses" he'd seen.

At least there's a sort of dark humor to the whole ordeal: "I got a call from Martin Scorsese," said McMahon. "He wants to do a sequel to Goodfellas and it seems that federal prosecutors are providing him with the script."