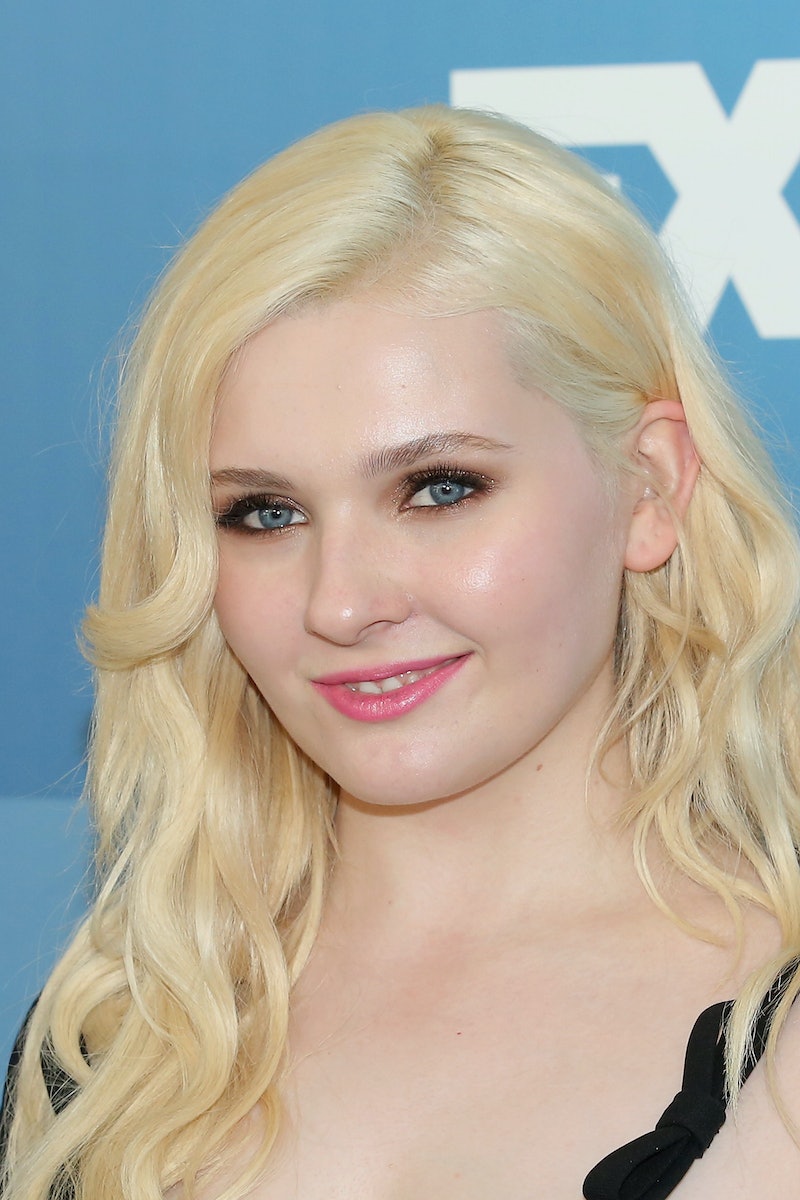 For those of you who are obsessed with Ryan Murphy's Scream Queens, you might be delighted to hear that Chanel #5 has a new role. ABC has announced a three-hour musical version of the 1987 film, Dirty Dancingstarring Abigail Breslin. (Also, just take a moment to let that sink in. A three-hour. Musical remake. Of Dirty Dancing. Re-read it if you need to, take a moment of silence if you must, etc. OK, are we back now? Good.)

As for Breslin playing Jennifer Grey's character, Baby, I can picture a few of you mouthing "Wait... what?" right now, but I'm here to assuage any of your concerns. Because, in fact, Breslin might be the perfect Baby, a character Entertainment Weekly describes as "an innocent young woman in the early 1960’s who vacations with her affluent parents and siblings in the Catskill Mountains and falls for the resort’s working-class dance instructor.”

We all know that Breslin can sing, since she put out her single "You Suck" last year (even if you hated that song, at least you can appreciate homegirl's vocal capabilities). We know that Breslin has some solid acting chops, since she's been honing them from the tender age of five, when she first appeared in M. Night Shyamalan's film Signs. She's even been nominated for an Oscar already, for her role in Little Miss Sunshine at the age of 10. But, perhaps most importantly, we know that, judging by the following video, Breslin can dance. (Warning: be prepared for inane amounts of adorableness.)

Nobody puts Breslin the corner, as confirmed by this footage.

Dirty Dancing remakes have been attempted in the past. In 2004, there was the sequel Dirty Dancing: Havana Nights, in 1988, there was a TV reboot starring Patrick Cassidy and Melora Hardin, and there's even been a live musical version. None of them however, have been as wildly successful as the original film starring Patrick Swayze and Jennifer Grey. Although there won't be a live component to this musical, unlike NBC's recent and hugely successful The Wiz Live!, perhaps this TV version will finally break the Dirty Dancing remake curse. With Breslin as the lead, I'd say it's got a fair shot at being pretty damn popular.

As for who else is behind the project, we've got Allison Shearmur (of the Hunger Games franchise) and Eleanor Bergstein (who penned the original screenplay) set to produce, while Jessica Sharzer (Scream Queens) is on board to write the adaption with Wayne Blair (The Sapphires) directing it, and Tony winner Andy Blankenbuehler as the choreographer. The premiere date has not yet been released.