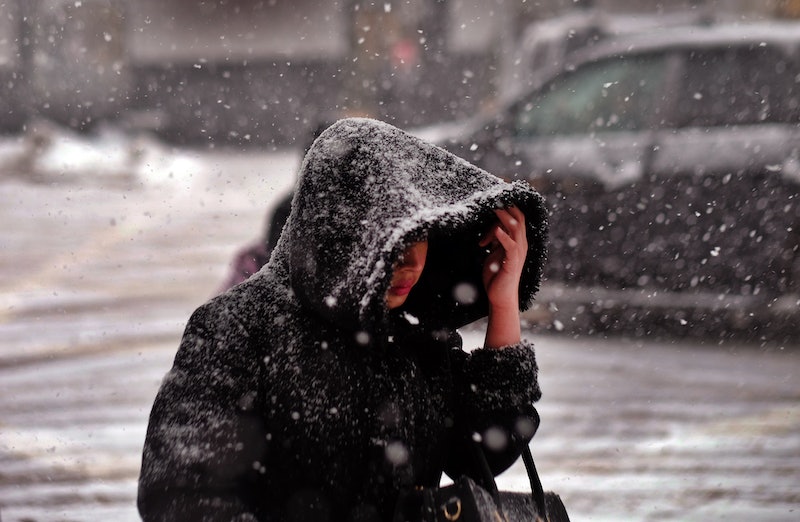 Living in California, I don’t have a ton to complain about during the winter months. Sure, it can get pretty chilly here, but it’s nothing compared to this list of coldest U.S. cities that can expect some seriously brutal winters. If you happen to live in one of these cities, my thoughts are with you.

A lot of people think of climate change as the Earth warming up, but in truth that’s only just part of it. Climate change also means colder winters, extreme weather occurrences like tornados and hurricanes happening more often and in places where they might not normally happen, and longer hotter summers. Of course, climate change affects the entire world, and not just the U.S., but we'll stick to the good ol’ United States of America when talking about which cities are in for incredibly cold and snowy winters this year. It becomes really hard to complain about a breezy 50-degree average low when some of the cities on this list experience average lows that are in negative degrees.

You’ll notice that almost all of these cold as heck cities are located in either the Great Plains or Great Lakes areas, where winter conditions like freezing temperatures and snow usually start in mid-October and go until late-March. Coldest temperatures usually occur in January, but I would wait until spring is safely here before you plan your visit.

The largest city in interior Alaska, Fairbanks has long been known as the “coldest city in America.” The winters are particularly long here — lasting from mid-October to early April — and in January, the city's coldest month, the average low temperature is -18.5 degrees. Ouch. The city also gets more than 69 inches of snow per year, so if you plan to visit, bundle up!

Grand Forks is home to the oldest university in the state, as well as some hella cold winters. The city’s record low was a brutal -43 degrees back in 1912, but the average low these days is a bit warmer. The average high in January is only 16 degrees, with lows dipping to -1. And with 42 inches of snow on average each winter, the resident college students and visitors alike have plenty of opportunity to build snowmen or stay inside with a good book.

If you’re a fan of the movie and TV show of the same name, you know that Fargo has some pretty nasty winters. The average low during January is a flatline 0 degrees, although highs can creep up to 18 degrees. The city also gets 50 inches of snow every year. People don’t seem to mind though, as Fargo is one of the fastest-growing small cities in the country.

Obviously, North Dakota is the place to be if you’re a fan of freezing cold winters. Williston, located just 60 miles from the Canadian border, has almost the exact climate of Fargo. The average low in January, its coldest month, is 0 degrees, and only just manages to get up to 7 degrees in February. Oh and did I mention Williston gets 46 inches of snow in the winter?

Aside from a harsh winter, Duluth has also seen a massive flood and a tornado in the last few years — despite Duluth being historically a safe haven from twisters. The second largest city on the banks of Lake Superior, Duluth sees an average January low of 2 degrees, and a high of 21 degrees. Incredibly, 85 inches of snow falls on the snowy city every year.

If you’re a fan of the Wizard of Oz, you might want to make a trip to Aberdeen — though maybe not in winter. Author L. Frank Baum lived in town between 1888 and 1891, and Aberdeen is now home to an Oz-themed attraction that includes a yellow brick road and Dorothy’s house. Winter isn’t an ideal time to see the wizard though, when temperatures drop to an average low of 1 degree in January. The Emerald City probably looks nice under 38 inches of snow, though.

Like Duluth, St. Cloud sees some awfully cold winters, with an average low of 2 degrees in January. Once the 47 inches of snow melts, citizens and visitors can go back to enjoying the regulation Frisbee golf course in Riverside Park.

North Dakota proves that it might just be the coldest state in the U.S. with four cities on this list. Though definitely a bit warmer than Fargo and Grand Forks, Bismarck still sees an average January low of 2 degrees. With 50 inches of snow on average every year though, most people probably have no issue staying inside during the coldest months.

Northern Michigan University is located in Marquette, and is known for its extensive WiFi network and for giving full-time students and staff laptops. They’ll be happy for both during the city’s cold winters, since they’ll probably be stuck inside once the 119 average inches of snow blankets it.

Home to less than 15,000 people and the South Dakota State Fair, Huron gets its name from the Huron Native Americans. During the winter, the small city sees an average low of 7 degrees in January, and the temperature rarely gets above freezing. There's also a solid 43 inches of snow to look forward to during winter.

Fans of Supernatural will note that this is the hometown of Bobby Singer and Sheriff Jody Mills. An average January low of 7 degrees makes for a pretty darn cold winter in Sioux Falls. Forty-four inches of snow usually falls there during the winter, which probably means there are a lot of Dean and Sam-shaped snowmen that are built.

Also known as the Twin Cities, Minneapolis-St.Paul represents the combination of Minnesota’s two largest cities. Together, they experience the coldest climate of any U.S. metropolitan area, and yet they are one of the warmest areas in Minnesota. In January, Minneapolis-St.Paul sees an average low of 7 degrees, and an average high of 24 degrees, with 44 inches of snow.

More like this
The 3 Best Heated Steering Wheel Covers
By Margeaux Baulch Klein
25 Galentine's Day Games To Play On Zoom With Your Long-Distance Besties
By Mia Mercado
21 Galentine’s Day Memes To Celebrate Your Best Friends
By Meghan Bassett and Mia Mercado
Everything You Need To Know About The Samsung Galaxy S23 Ultra’s New Camera
By Alexis Morillo
Get Even More From Bustle — Sign Up For The Newsletter
From hair trends to relationship advice, our daily newsletter has everything you need to sound like a person who’s on TikTok, even if you aren’t.