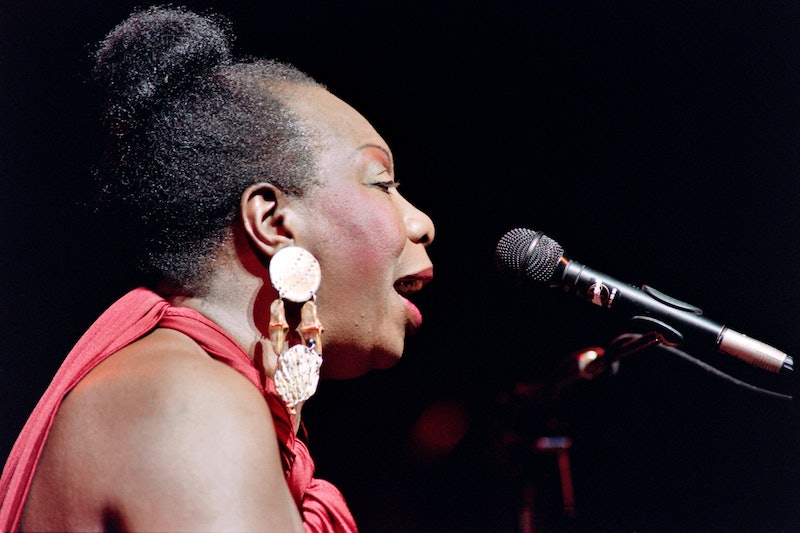 It's Martin Luther King, Jr. Day, which marks the birthday of the most iconic Civil Rights leader (though his birthday was actually on Jan. 15 — this year, that was last Friday). While there are many teachings of his that we can and should reflect on, this is also a day to remember the lesser-known women civil rights activists who made a huge impact on the movement and its legacy as well.

Many of the women involved in the Civil Rights Movement were also active in feminism, since the two have similar goals and both issues affect women of color. While Martin Luther King, Jr. was not involved in feminism himself, many of his teachings are applicable to it, as Michele Kort points out in Ms.His statement that "When you are right you cannot be too radical; when you are wrong, you cannot be too conservative," for example, speaks to many feminists accused of "radicalism."

A lot of the racial injustices King and those who fought with him addressed are also still alive and well today. More people of color than whites live in poverty, and the racial wealth gap has actually widened since the end of the Civil Rights Movement, according to an Institute on Assets and Social Policy report. And despite white people using drugs more, black people are arrested for drug possession three times as often, according to a Human Rights Watch report.

Since gender- and race-based injustice are still relevant today, here are some women civil rights activists worth knowing about and what you should remember about them.

Martin Luther King, Jr.'s wife not only participated in his meetings and media interviews, which were often held at their home, but also was a Civil Rights and women's rights activist in her own right. She was an early member of the National Organization for Women, hosting its second convention, and a commissioner on the National Commission on the Observation of International Women's Year. She also campaigned to make today a national holiday and long supported same-sex marriage.

Bethune, a daughter of former slaves, believed education was key to emancipating people of color from slavery's legacy. In that vein, she founded the Daytona Normal and Industrial Institute, which still stands as Bethune-Cookman University. She also founded the National Council of Negro Women and served as president of the National Association of Colored Women.

As a Texas representative from 1972 to 1978, Jordan was the first African American congresswoman from the Deep South and the first woman on the Texas Senate. She ran her own law practice before campaigning for John F. Kennedy and then starting her own campaign to join the Texas legislature.

As a jazz, blues, and folk singer and pianist, Nina Simone quite literally became the voice of the Civil Rights Movement. Many of her songs dealt with racial injustice, including "Why (The King of Love Is Dead)," written after Martin Luther King, Jr.'s assassination. Elton John, Adele, and David Bowie have cited Simone as an influence on their music.

A list of women in the Civil Rights Movement would not be complete without Rosa Parks. Most of us know her as the woman who refused to give her bus seat to a white person. But did you know this refusal led to a protest known as the Montgomery Bus Boycott that left the city's buses nearly empty, along with the formation of a group to eradicate segregation called the Montgomery Improvement Association, and that the district court declared segregation laws unconstitutional just months later? We don't always hear the entire story in school, but women have long been more active in fighting racism and other injustices than we realize.