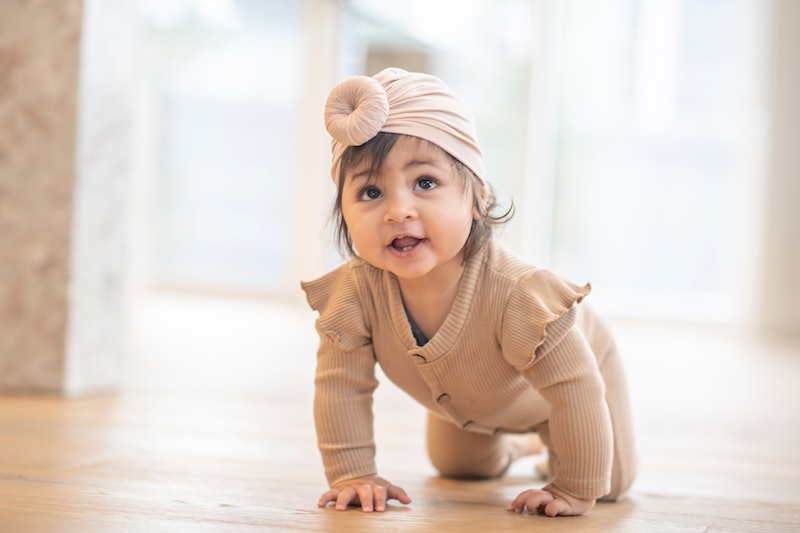 Looking for a brainy baby name? Good news: After sifting through a database of 14,750 names belonging to notable philosophers, mathematicians, writers, artists, composers, poet laureates, and Nobel Prize winners, the genealogy website MooseRoots was able to identify the top baby names for smart people. Of course, the great thing about babies is that they're full of possibility; although a few things may tip the odds in their favor, it's just as likely that they'll grow up to develop an interest in art, mathematics, or philosophy as not. But hey, if you want to give them a gentle little nudge in a particular direction, maybe a name might be a good place to start. They may not take you up on it... but it can't hurt to try, right?

According to their About page, MooseRoots has access to 1 billion historical genealogical records in the United States, largely through the U.S. Census. That, of course, is one of its downfalls; if you weren't born in the United States or don't have U.S. ancestry or a European background, there's a low likelihood that the list will contain names common in your country, culture, or region. As a short experiment, I put in my own first and last name into the census information generator, my mom's first name and maiden name, and my dad's first and last name, since none of us were born in the United States — and each search came up short.

Considering this information, a more accurate name for the list might be, "Top Baby Names For Smart People As Suggested By The Names Of People Born In The United States"... but I digress. Let's take a look at 10 of these brainy baby names and see where it leads us; head on over to MooseRoots to see the full list of all 20.

The 10th genius name from the MooseRoots is Paul. Think Paul Revere, Paul McCartney, and my personal favorite human, Aaron Paul (sure, Paul is his surname, but it's all the same, right?)

The first genius Alice that comes to mind for me is Alice Walker, the author of The Color Purple and winner of the Pulitzer Prize for Fiction. I wish naming my child Alice would automatically lead her to be as poignant and thoughtful as Walker.

The name Ruth dates back to Biblical times, with the Book of Ruth details Ruth's journey towards accepting God. Today, I would argue that the most genius Ruth around is Ruth Bader Ginsburg, or the Notorious RBG, as she has been adoringly nicknamed.

While James Franco may like to consider himself a genius who transcends the centuries, many Jameses before him did great things in journalism, literature, and activism: Think J.G. Ballard, James Joyce, and James Farmer.

In case Margaret Sanger isn't a name you already know, she's the founder of Planned Parenthood. She coined the term "birth control" and worked towards legislation making sure it existed. Very, very important.

It's pretty well known that Charles Chaplin, better known as Charlie Chaplin, was one of the biggest and most enduring stars of the silent film era and thereby deserving of the title genius. Of course, other Charleses have graced us with their with and intelligence throughout the years as well — but Chaplin is definitely one of the most talented that comes to mind.

Because of Maria von Trapp, from The Sound Of Music, of course.

Fun fact, the name Robert means "famed, bright, and shining," so in addition to all the genius Roberts out there, you'd be naming your kid something that quite literally defined them as a genius.

The OG name reflects pure genius also has several derivatives, such as Maria (which is number three on the list), Miriam, Mariah, and Marie. With so many Marys hanging around, you're bound to also get lots of geniuses.

More like this
Here's How Netflix Should Adapt Prince Harry's Memoir Into A Movie
By Ginny Hogan
Austin Butler Recalls Lisa Marie Presley Showing Him Elvis’ Bedroom
By Jake Viswanath
Rita Ora Finally Opened Up About Marrying Taika Waititi & Their "Perfect" Wedding
By Sophie McEvoy and Catharina Cheung
You’ll Definitely Recognise Isadóra Bjarkardóttir Barney’s Mum
By Maxine Harrison
Get Even More From Bustle — Sign Up For The Newsletter
From hair trends to relationship advice, our daily newsletter has everything you need to sound like a person who’s on TikTok, even if you aren’t.