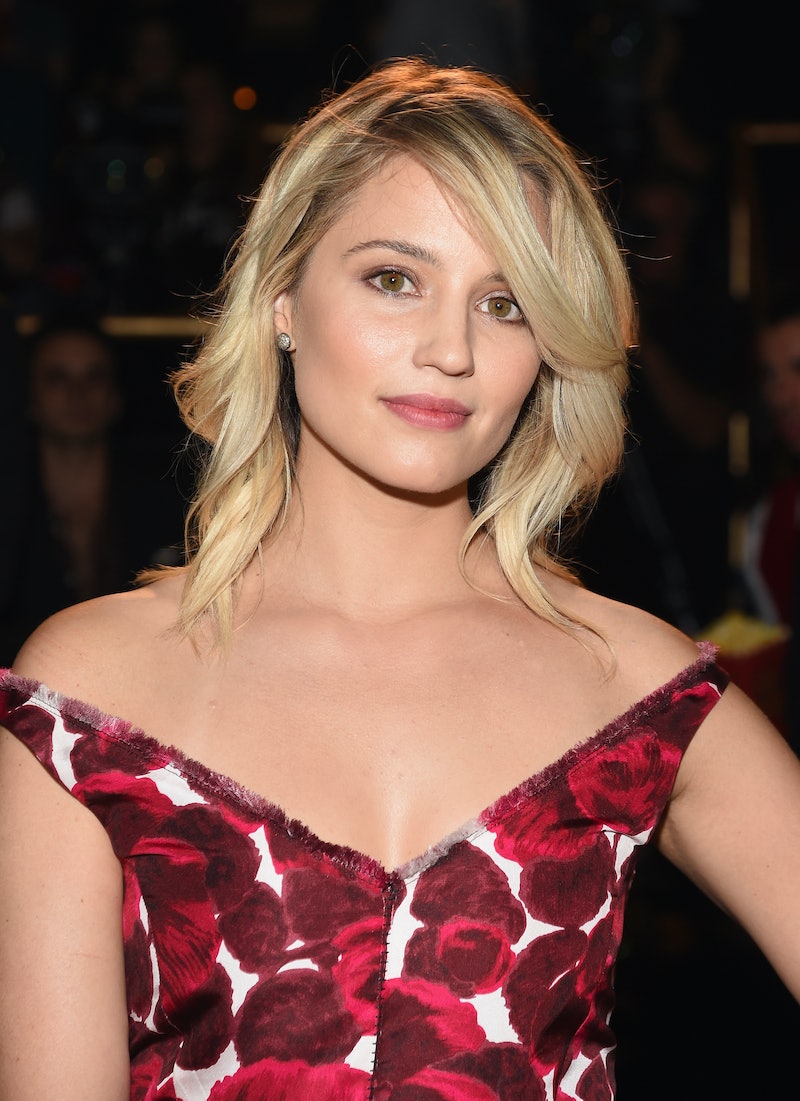 Well, this is some Glee-ful news, isn't it? According to Us Weekly, Dianna Agron and Winston Marshall are engaged. If true, congratulations to the actor and Mumford & Sons singer! Per an unnamed source, the happy news happened over the holidays. Other than that, not much is known about their reported engagement and possible future wedding. Actually, when it comes to these two, their relationship has been kept quite private.

Bustle has reached out to Agron's rep for comment, but has not yet heard back.

Agron and Marshall were first linked in July 2015, when they were spotted holding hands in Paris. Despite remaining tight-lipped about one another, they've been photographed on multiple occasions holding hands and being adorable. Yeah, they definitely make a cute couple.

Even though neither have confirmed the news, that doesn't mean shippers can't imagine what they're wedding would look like. Here's what I'm thinking: not only would a lot of famous faces attend, including Marshall's band members and Carey Mulligan (who is married to Mumford & Sons' lead singer Marcus Mumford), but it would be filled with music. Might their wedding even be a musical?

Obviously, the two are both musically-inclined. Agron danced and sang as Quinn Fabray on FOX's Glee and, well, Marshall belongs to a beloved and talented band.

Yeah, a musical wedding just makes sense. I mean, Agron even has experience when it comes to singing at a wedding. Remember that time her Glee character sang Bruno Mars' "Marry You" at Finn's mom's wedding to Kurt's father? Come on, Dianna, give Glee fans what they want.

Until then, let's wish Agron and Marshall the best — whether or not they are tying the knot.