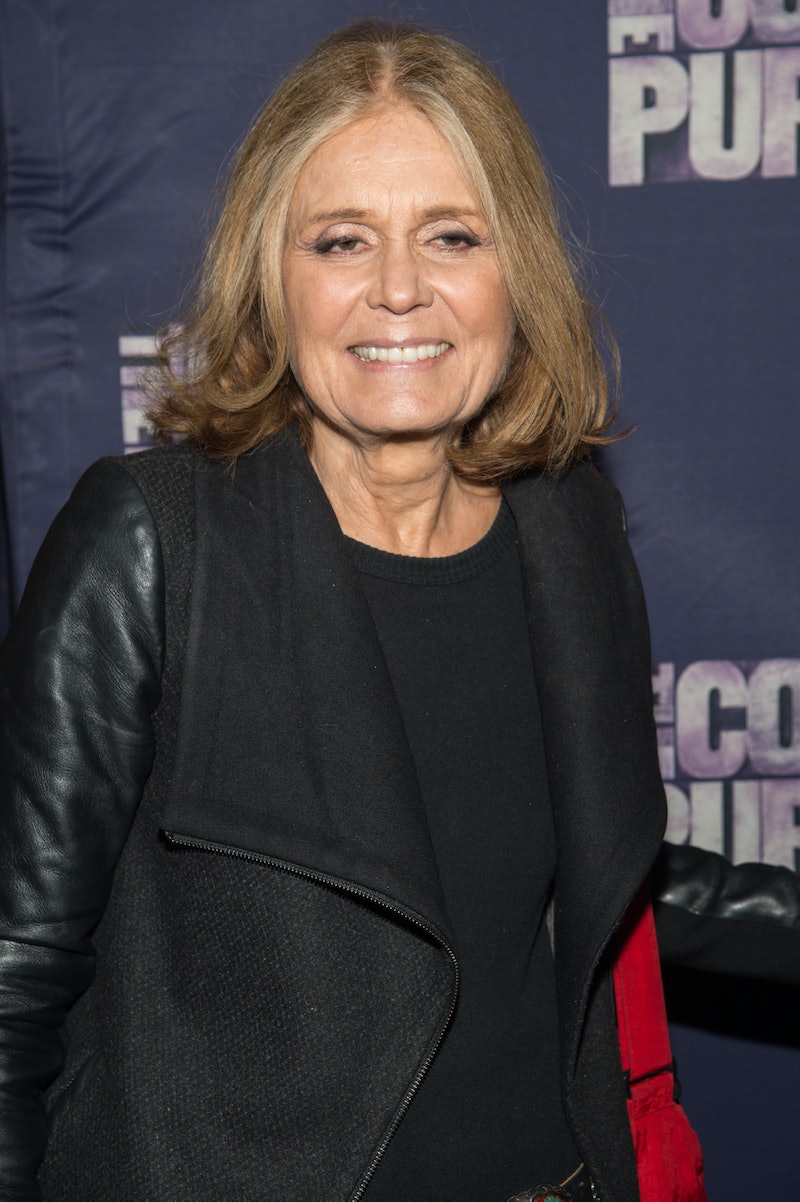 Even though today, there are more women without children than ever before — 47.6 percent of women between the ages of 15 and 44 have never given birth, in fact — those of us who choose to take a pass on motherhood still spend a lot of time getting scolded by people who think they know our own lives better than we do. I know if I had a dollar for every time I've fielded one of those classic annoying questions that people ask childless women, like "Isn't your biological clock ticking?", "But who will take care of you when you're old?" or "Having kids taught me there's more to life than just me, me, me," I would have the money to buy some of those really fancy noise-canceling headphones, and never have to hear this kind of junk again.

But out of all the things we hear on the regular about our childfree lives, one of the most infuriating is that our life won't have any meaning if we don't have children. How can we possibly have a fulfilling life, we've all been asked, without children? Sure, the list of awesome ladies from history who never had kids — like Jane Austen, Mary Cassat, Virginia Woolf, and Edith Wharton — is long, but the inquisitors of our wombs usually don't want to take that an answer. Sure, Jane Austen is a fluke, they say — but you are definitely going to live to regret your decision. Well, the 13 badass women below are living proof that you can live an amazing, fulfilling, badass life without having kids — no matter what anyone else tries to tell you.

Looking to shut down a friend, relative, or seemingly well-meaning stranger who is unnecessarily interested in the current vacancy in your womb? These two words prove that you can have an profoundly fulfilling life without any kids of your own: Oprah Winfrey.

In a 2013 Hollywood Reporter interview, Winfrey said that ""If I had kids, my kids would hate me...because something [in my life] would have had to suffer and it would've probably been them." She also makes a great point about an issue that lots of folks who rag on the child-free have a hard time grasping — that some folks feel the call to become parents, while others don't: "Gayle [King, Winfrey's best friend and now a mother of two] was the kind of kid who, in seventh grade Home Ec class, was writing down her name and the names of her children...While she was having those kind of daydreams, I was having daydreams about how I could be Martin Luther King."

Can we even talk about having an awesome child-free life without mentioning St. Gloria, Our Lady Of Living Your Life Exactly The Way You Want To? Steinem has said that a childhood centered around caring for her mother left her uninterested in caring for kids, and she told fellow child-free lady Chelsea Handler, “Everybody with a womb doesn’t have to have a child any more than everybody with vocal chords has to be an opera singer.”

Pioneering late night host Handler had this to say about kids on a 2013 episode of The Conversation With Amanda Cadenet: "I don't have the time to raise a child. Childhood was heartbreaking enough for anybody. I don't know that I could handle my own child, especially if I had a girl, going through what I went through growing up. Not that it was so traumatic, but in many ways, it was in your own way."

The Oscar, Emmy, and Tony-winning actor has been forthright about her lifelong disinterest in having children: in 2013, she told British Vogue that having kids "was not my destiny. I kept thinking it would be, waiting for it to happen, but I never did, and I didn’t care what people thought." She followed up in 2014, telling AARP Magazine, “I never felt the need for a child and never felt the loss of it...I’d always put my work before anything.”

If you're into sassy replies for those who question the state of your womb, comedian, actor and musician Cho has a line you can crib: as she told Marie Claire in 2003, "I do not want children. When I see children, I feel nothing. I have no maternal instinct. I am barren. I ovulate sand … Actually, my fiancé and I have seen some very interesting personal ads of 50-year-olds that like to wear diapers. So we’re thinking of adopting one of these guys. A baby by choice."

The Oscar-winning actor has never married or had kids, and she hasn't been shy about telling the world how speculation about her life makes her feel — she told Manhattan Magazine in 2009 that "I don't know why women need to have children to be seen as complete human beings."

Comedian and author Kirkman literally wrote the book on having an awesome life without kids — her 2013 New York Times bestseller I Can Barely Take Care Of Myself weighed in on the criticism that childfree women have to deal with, among other topics. The former Chelsea Lately writer also has a number of comedy routines about the issue — including the hilarious (and foul-mouthed) one above.

The writer and Jezebel.com founder wrote, in an essay for the 2015 essay collection Selfish, Shallow and Self-Absorbed: Sixteen Writers on the Decision Not to Have Kids, that “I don’t believe I can do the things I want to do in my life and also be a parent...I suspect that my commitment to and delight in parenting would be so formidable that it would take precedence over anything and everything else in my life; that my mastery of motherhood would eclipse my need for—or ability to achieve—success in any other arena. Basically, I am afraid of my own competence."

Your favorite Golden Girl-turned-cultural icon (and Emmy-winning actor) has never apologized for her desire to not have kids. As she told Katie Couric in 2012, ""No, I've never regretted [not having kids]. I'm so compulsive about stuff, I know if I had ever gotten pregnant, of course, that would have been my whole focus. But I didn't choose to have children because I'm focused on my career. And I just don't think as compulsive as I am, that I could manage both."

Joan Jett made rock 'n' roll history, first as the guitarist for all-female metal band the Runaways, and then as the frontwoman of Joan Jett & the Blackhearts. Jett told Rolling Stone in 2015 that she had no regrets about the way her life turned out: "As I grew up, I thought about what [having kids] would mean...But I was too focused on my own situation. If you want to call that selfish, fine. But at least I know it. I have family."

The author of the blockbuster bestseller The Joy Luck Club told the Telegraph (UK) in 2013 that she and her husband have never second-guessed their decision to not have kids: “We never felt a strong compulsion to duplicate our genetic structure...What’s in me that I’d have wanted to pass on is already in the books.”

The Supreme Court judge told Soledad O'Brien, in a 2013 CNN interview, that she skipped having children partially due to health concerns related to her diabetes: "I made a different choice in part because of diabetes, and in part not because of my career but because of the joy it gave me."

The Academy Award-winning star of countless classic Hollywood films had a charmingly self-deprecating take on her decision to not have kids (as well as some tart words for some folks who decide otherwise); she was quoted in 2003's Kate Remembered as saying,"I would have been a terrible mother because I'm basically a very selfish human being. Not that that has stopped most people going off and having children."