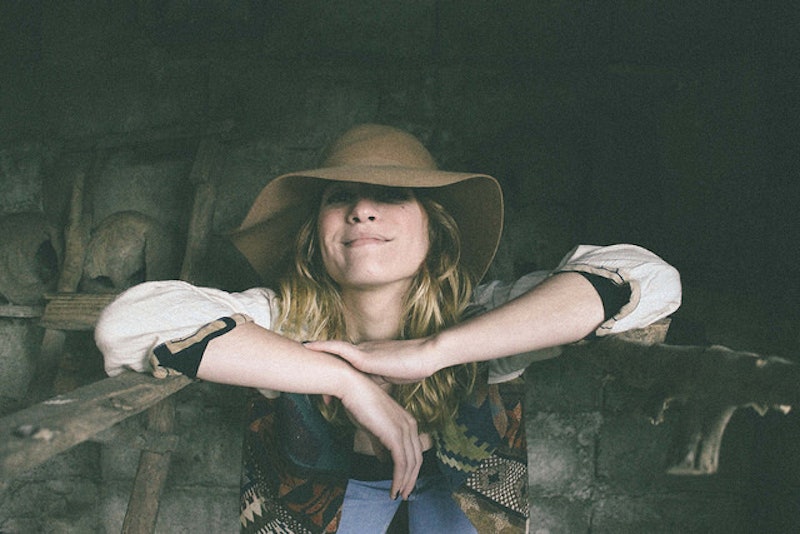 The next time your nosey aunt who’s sooo invested in your uterus, for reasons you’ll never understand, inquires about your baby-making status you can throw some figures at her that will likely wreck her conventional brains. Because, for the first time since the U.S. Census Bureau started keeping track, the number of childless women is higher than ever. In fact, almost 50 percent of women who are of childbearing age are sans kids.

Since 1976 the U.S. Census Bureau has been keeping track of who’s having babies and who isn’t, they’ve discovered a growing trend: every year less women are procreating. Whether those reasons are because of fertility issues or because women are switching up their priorities, remains to be unseen at the moment, but I like to think it’s about women taking ownership of their bodies and are doing what’s right for them and not what society says is right for them.

However, there’s a problem here. Well, a problem if you’re dead-set on keeping the U.S. population secure in its 318.9 million people: the decreasing fertility rate could disrupt the population. According to the New York Times, the general fertility rate has been dropping for the past six years and now sits at 1.86. However, if we were to keep the U.S. population “stable,” that rate would have to be 2.1. Oh, boo-hoo. ― less people in the world sucking up the resources on the planet. What. A. Tragedy.

Population aside, I think this trend is a very important one to acknowledge. Even still, in 2015, women without children are consistently asked why they don’t have children, whether they plan to have them someday, and when they’ll be getting on that. If a woman dares to rock the boat of conventionality and say she doesn’t want children, the response is still not as positive as it should be. When my Grammy found out I wasn’t interested in having kids the look on her face made me fear that we were just moments away from an Exorcist situation where her head was just going to turn right the eff around and she’d vomit green guck on me. And I’m not even going to get into how much my dentist, who is a man, harasses me about having kids, especially now that I’m married.

With more women putting their lives and careers before having kids, it will hopefully lead to less people asking questions about our uteruses. It’s not just a rude thing to ask, but it’s riddle with assumption that because we can, then we should. Um, no. That’s not how life works. Whether a woman decides to have a child or opt out of it is her business, but as a childfree woman, I am happy to see that our club is getting more members. It might be time to make t-shirts.