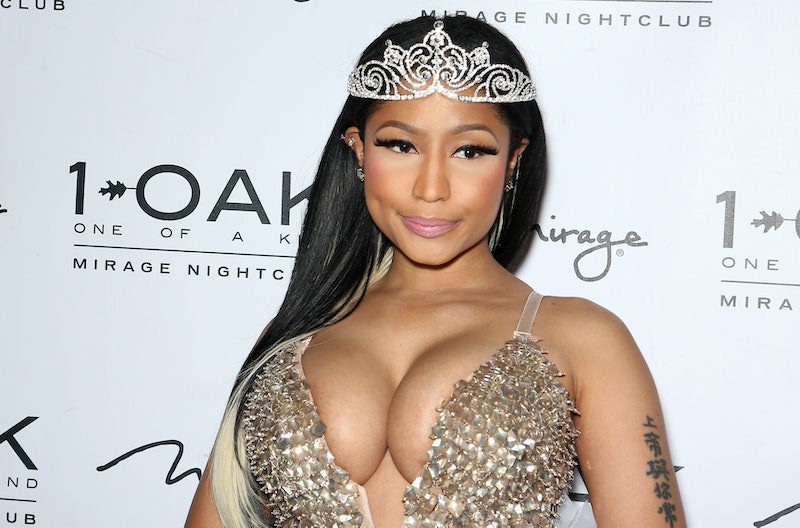 Look down and say hello to your cleavage. I'm willing to bet that the amount you're baring right now hasn't always been socially acceptable. Depending on where you look in history, you could even be shockingly scandalous or smirkingly prude. The evolution of cleavage ideals has been an interesting one, with a lot of confusing ups and downs along the way. There are many contrary twists and turns, like big, perky breasts being seen as a social symbol for aristocrats at one moment, and then strapped down to boyish proportions the next. Cleavage has been cause for riots, only to be sought after just a decade later. Boobies have taken on the shapes of flat-boards, cones, bullets, and soft circles across the span of hundreds of years, showing that trends don't only change where hats and dresses are involved.

It's curious to think about how radically décolletages rose and fell, or how the shape of a boob connected with the political climate of the era. Yep, fashion and necklines can be just as telling about a society as a history book. So let's see what history thought of women and their bodies through the eras by looking at seven ways cleavage ideals evolved across hundreds of years.

Cleavage was all the rage for a woman before the Victorian era, where low-cut dresses and bare décolletages were very much in vogue. Rich, sophisticated women wore French dresses with low square styles that nipped down nearly to the nipples, and gave their cleavage an ample, cup-runneth-over look with the help of laced corsets.

Everyone from queens to sex workers seemed to wear their necklines eye-archingly low, and famous ladies such as Queen Mary II in the 1600s and Marie Antoinette in the 1700s flaunted their deep cleavage during court settings and portrait sittings. Before the prude wave of the Victorian Era, a woman's cleavage was seen as more of a status symbol than a sexual one.

2. Victorian Era: Button Up To Your Chin

According to the BBC, Puritanical ideals then took over when it came to cleavage, and it was no longer acceptable for a woman's heaving bosom to be out as she bought bread from the market or took a walk into town square. Instead, necklines were raised to nearly turtleneck proportions. There was heavy drapery, rigid corsets, and women were buttoned into their frocks up to their chins.

To give you an idea how not OK it was to show a peek of skin during that era, I'll point you in the direction of artist John Singer Sargent and his Portrait Of Madame X, a painting of a woman wearing a low-cut, slinky black dress with a single strap seductively sliding down one of her shoulders. According to The Guardian, when it was received in Paris in 1884, the shock over the female form was so large and so rocking that he had to leave the city permanently, with his reputation in tatters. But before he was allowed to pack up his bags, he was first ordered to re-paint the straps firmly on the woman's shoulders. If not even Paris was down with a little cleavage, then you know décolletage was some risky business.

Wanting to leave the "voluptuous woman" ideal of the Gibson Girl behind in the Victorian era of their parents, flappers and fashion-loving babes in the '20s aimed to flatten their chests to fit in with the new "boy-girl look" that was in vogue. And how did you achieve that look? By either bandaging your bubbies down or buying bust flatteners that strapped them in and flattened them out.

The flat-chested days of the flappers were long over by the time the 1950s hit, and the hourglass figure was very much in season. But instead of having the curves of a woman repressed and draped like in the Victorian ages, here it was celebrated and highlighted. We saw Bettie Page sweeping through pop culture with her sweet sexy pinups ads, Marilyn Monroe giving curves some major sex appeal, and bras fashioned into the shapes of bullets to give your chest a pointy, "hello there" type of look that "sweater girls" were famous for.

According to Embodiment: Clinical, Critical, And Cultural Perspectives On Health And Illness author Malcolm MacLachlan, stars like Lana Turner and Jane Russell earned the "sweater girl" nickname because of the pointy silhouette of their bust in a snug, cashmere sweater, and women all over the nation wanted to copy the slightly risqué, slightly girl-next-door look.

With the second wave feminism of the 1960s, there was a lot of talk about the patriarchy and women being reduced to sex symbols. A lot of feminists believed that items like bras, lipsticks, and hair curlers were patriarchal and against liberation, and so the bra burnings (or, at the very least, bra un-hookings) began. Nipples peeked out from underneath soft cotton shirts or angora sweaters, and designers like Yves St. Laurent joined in the trend by designing sheer blouses that were meant to be worn without bras.

While feminism helped unhook bras in the 1960s, so did the free love mindset of the counterculture years that yielded liberal politics, long hair, free sex, and free nipples, joining in the brassiere-less mentality of the era.

The '80s were all about embracing your sexuality and flaunting your gym-chiseled form. Women seemingly became very body conscious this decade, with a focus on pumping iron in the gym, sculpting their bodies, and power-dressing afterwards. With tight muscles and buffed and pumped silhouettes, they also became a little more free with flaunting their figures.

Water bras. Gel bras. Push-ups. Wonderbras. In the 2000s, we are not afraid of cleavage. If anything, the bigger the better. With lingerie companies such as Victoria's Secret making over $6 billion annually, breast implants remaining the number one cosmetic surgery in the U.S., and designers like Balmain and Roberto Cavalli playing up and celebrating the female form, it's easy to fall into the idea that more boob equals more femme.

These days, boobies take all kinds of shapes and forms. Unlike the cleavage-heavy era of Pamela Anderson just 10 years ago, or the Kate Moss-inspired androgyny of the '90s, there doesn't really seem to be one core standard for our ta-tas anymore.

Celebrities and regular folks alike flop between the push-up route, the high neckline avenue, and the no bra road on a near daily basis. I like to think this is because we're getting to a point where the idea of an overarching beauty standard finally seems arbitrary and alienating. I like to think it's because people with boobs — like all humans — have ever-changing preferences. One day, we may want to bare it all. One day, we may just want to crawl into a cozy turtleneck. But either way, we're doing just fine.

From baring nipples in the 1700s to looking more boyish in the '20s to rejecting the idea of the bra altogether in the '60s to craving ample boobage again in the '00s, it's interesting to see how the history of cleavage has yo-yoed up and down. It seems to come in waves of prudishness and liberation, so we can only stay tuned to see where ta-ta trends go in the years to come.