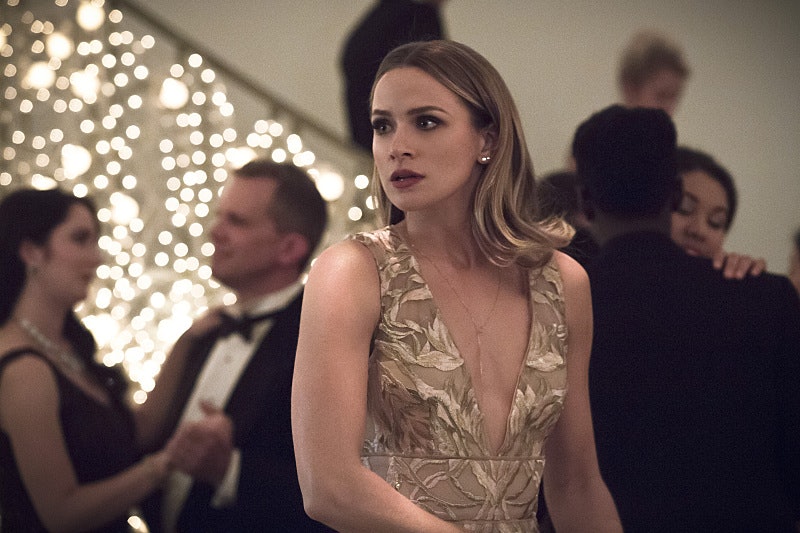 Keeping secrets as a superhero? Frustrating but understandable. Keeping secrets as a boyfriend? Kinda sucky. Well, at least that's Patty Spivot's take on things. On this week's episode of The Flash , Barry and Patty's relationship tension over his constant, unexplained flakiness came to a head. At first, it seemed like things would take a positive turn, as Barry decided to tell Patty he is The Flash, but instead, he ended up getting himself into a whole lot of trouble and not his usual life-threatening kind. This trouble, for all intents and purposes, directly affects Barry's admitted newfound happiness in his relationship with Patty, and in that way, may be even worse.

Though, let's be real here for a second — Barry's avoidance of the issue, for once, wasn't actually purposeful. Well, at least not after Patty's Jitters chat with Iris on his guardedness and Iris' subsequent talk with Barry about it. Iris urges him to tell Patty his secret if he's serious about her and *drumroll* he finally agrees. This is a big deal, everybody. *Cues romantic score* *Releases doves* *Hires a wedding planner*

Eh, well, maybe not so fast. Poor Barry loses every opportunity to tell Patty about his secret identity thanks to falling chandeliers, slow-moving criminals, and a kidnapping. So, despite being ready to tell her, and affirming his trust for her, and being such a good boy for practically the whole episode, these lost opportunities just push Patty further and further away — right out of her job and Central City, and into a Forensic Science program that she deferred from four years ago. She's leaving just when things were getting really real between them. Why, TV gods, why?! *Falls to knees*

Is Patty really going to go? Can Barry convince her to stay? Will Barry get a chance to be honest with her and will that then prompt her to stay?! If she does go into the Forensic Science program can we finagle a Law & Order: SVU crossover? This episode brought so many questions in such little time. I guess the positive thing to take away from is that Barry is maturing in his relationships and working on the whole honesty thing. Unfortunately, that might've happened too late.