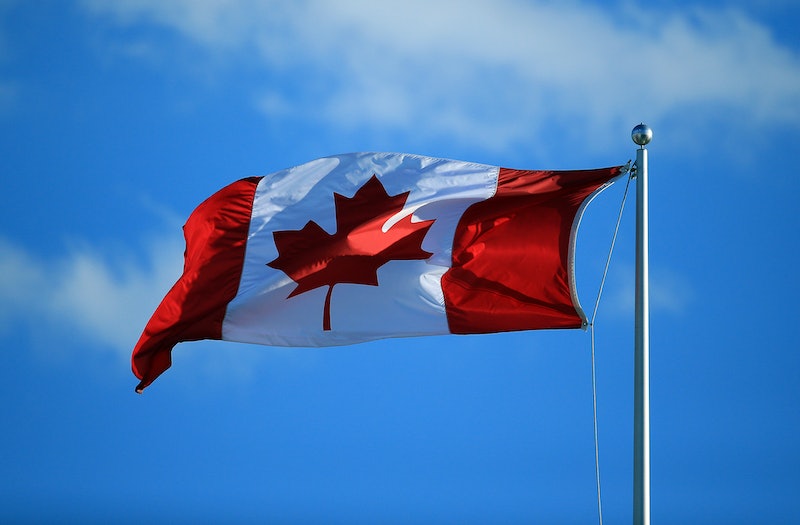 More than 7,000 women recently participated in a survey conducted by U.S. News & World Report revealing the best countries for women to live in — and sadly (although perhaps not unsurprisingly, given our current climate), the United States didn't make the top seven. It came in a little later at #13, which isn't the greatest, but granted, it could be worse. The top seven spots were filled largely by European nations, and believe you me, reading about how these countries are taking women more seriously was quite the eye-opener. It's interesting to see that some things we struggle with so much in our own country come so naturally to others. It almost makes equality seem pretty simple, doesn't it?

In this research, five factors were considered in determining the rankings: The concern for human rights, gender equality, income equality, safety, and progressiveness. I feel like in general, we can't help but inherently believe that our own country sets the standards for good quality of living; and why wouldn't we? For citizens of most countries, their home is all they know.

That's why surveys like this are so important. It puts into perspective who's ahead, who's lagging, in what ways, and things we can do to improve life for everyone. Here's how the top seven countries stack up, and exactly what they're getting so very, very right. Head on over to U.S. News & World Report for the full ranking.

Denmark takes home the gold medal when it comes to the best places for women to live. They have an earnings-related daycare system, as well as one of the most flexible parental leave policies in the European Union. Their maternal leave makes ours look like a joke, with Danish families getting a total of 52 weeks! Moms get 18 weeks and fathers get two, with up to 100 percent paid. The rest is regular paid time off. Additionally, families have access to free or very low-cost childcare.

When it comes to taking steps to achieve gender equality, Swedes takes the lead. Even men here agree that women are oppressed, and Sweden is making moves to fix the problem of inequality. Around half of the Swedish Parliament is made up of women politicians, and teaching against sexism begins as early as kindergarten. Education is free for everyone, and it's not uncommon for females to outperform males.

The gender gap here is significantly less noticeable, and Canada has made protecting women's rights a priority. The country has often come in on top for its quality of health, workplace opportunities, and freedom from violence. Making this place even cooler are the facts that Canadian women have access to contraception and that 33 percent of federally appointed judges are ladies.

The Netherlands has also done an excellent job closing the gender gap in health, education, politics, and economy. They also provide new moms with some pretty sweet benefits, like access to a maternity nurse that is either partially or completely covered by insurance.

Recently, more women are filling positions of leadership at universities and even in the government in Australia. What's more, they make up nearly half of Australia's employees. Half! And people say that a woman's place is in the home. Silly rabbit. Sexism is for bigots.

Research has found that more than half of the top 100 companies on the New Zealand Stock Exchange had at least one female director on board. Moreover, NZ scored the highest on The Economist's "glass ceiling index," making it one of the best places for women to work.

Newsweek and The Daily Beast also combined forces to determine the best and worst places for women, and Germany came it at #30 out of 165 countries. With an overall score of 83.4 (out of 100), they scored the highest in health (94.7) and the lowest in politics (62.7).