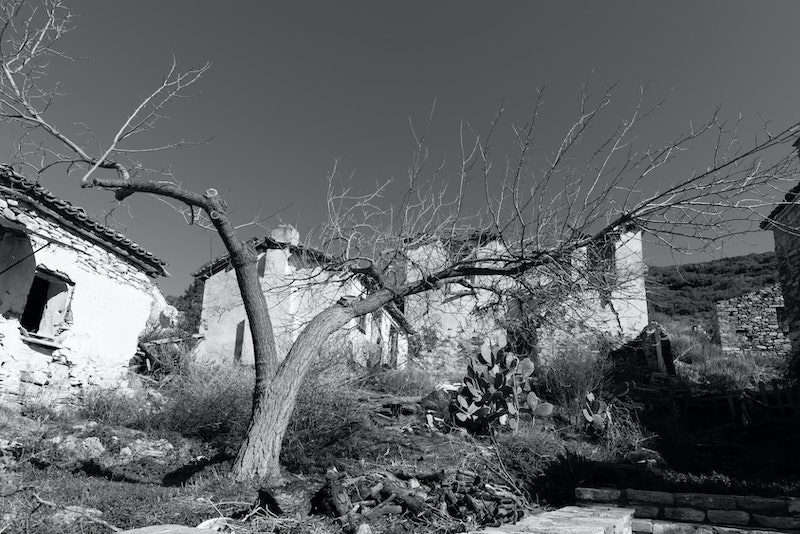 It recently occurred to me that, for all the discussion of freaky creepypasta you and I have done here over the past few months, we’ve never gone in depth about what creepypasta is. I mean, yes, we’ve gone over the general definition a few times — but where does creepypasta come from? What makes for a good one? What are some of the classics? What’s the essence of creepypasta?

Let’s take a moment answer some of those questions.

As I’ve remarked in the past, I first discovered the genre of web-based horror fiction known as creepypasta through a New York Times article published in 2010. This in and of itself is remarkable for a few reasons: First, while I appreciate the New York Times, it’s not typically my go-to for discovering under-the-radar web phenomena (remember how late they were to the emoji game?); and second, it was in the Style section of all places. To be fair, the Style section does often double as a general “culture” section; it’s where the etiquette column Social Q’s makes its home, for instance, and that’s not necessarily the stuff of runway fashion, either. But the idea of weird ghost stories in the Style section stuck out to me, which is probably why I clicked on the article in the first place.

But creepypasta itself had been around for a few years already by the time I found my way to that article, so maybe I was as late to the party as the Times was. According to Know Your Meme — that great chronicler of all things web culture — the first known instance of the word “creepypasta” occurred in 2007 in a thread on 4chan dating to July 6. If the term makes little to no sense to you, well, that’s understandable; it’s a bastardization of a bastardization, which means it’s essentially nonsense. Here’s how the chain of terminology goes:

You know those chunks of text you see all over the Internet that are just the same dang thing, copied and pasted from source to source to source, with no actual clue to their origins or even so much as a proper citation? It comes in many forms, but the good ol’ fashioned chain letter is one of them. That’s called copypasta — derived from “copy-paste” in 2006, it’s the first bastardization in the chain of language. Creepypasta in its original form, meanwhile, might best be described as a specific subgenre of copypasta — the chunks of repeatedly copied and pasted text that tell a horror story. Hence, the second bastardization: From “copy-paste,” we get “copypasta,” and from “copypasta,” we get “creepypasta.”

So: That’s where the name comes from. But what is creepypasta, really? I like to think of it as what urban legends of have evolved into in the digital age. Like the urban legends of old, they’re often cautionary tales; they’re also structured to be “believable” in form, although instead of a story you hear told face-to-face about something that really happened to Steve’s cousin’s best friend, I swear, it’s usually formatted as an email or a post on a message board told in the first person (this really happened to me, I swear). We’re at once both closer to the action — reading the words of the person who allegedly experienced the story first hand— and further away from it — that person is a complete stranger, not someone who we have any connection to in real life. Yes, sometimes they're told in the third person, but first person is the voice of choice more often than not.

While some of the earliest creepypastas were text-only, like "Come Follow Me" (the original "Lavender Town Syndrome" story) others were connected to pictures or photographs. It wasn’t always clear which came first, the picture or the story (or whether they may have both come to be in the same moment); either way, though, an image lent an extra dose of realness to the tale. “Smile Dog,” for example, centers around this image:

Or sometimes this one, depending on who you talk to:

The presence of the image gives us the threat of facing the same fate as the narrator of the story — something which has become a common thread in modern creepypastas, a play on the chain letters we used to circulate during the early days of email.

Still others were short drabbles written to accompany the main attraction: A video. This one, for example (it's kind of gruesome, so considered yourself warned):

That’s the pasta that New York Times article opened with, by the way; the exact video the article linked to has since been deleted, but it doesn’t matter. The story still spread, virus-like, in the way that these kinds of stories do. Videos and image manipulations created to accompany a story have now become hallmarks of the genre — elements that help add to their “believability.”

Over time, the term “creepypasta” has come to mean just about any piece of short horror fiction — or sometimes even longform horror fiction, frequently told in installments — that originally found its home on the Internet. They’re not always copied and pasted anymore; the idea of authorship has firmed up a little, so it’s increasingly easier to point to a specific person as the creator of a story. Names are now known in the community — names like Slimebeast, aka Christopher Howard Wolf, who wrote “Abandoned at Disney” among many others, for example, or Kris Straub, author of “Candle Cove” and other stories from the website Ichor Falls, or Dathan Auerbach, whose NoSleep series Penpal later grew into a novel.

Sometimes pastas even take on a life of their own after their creators launch them out into the world, becoming the result of many people coming together to build up a mythos. Slenderman is one such creation; original Photoshopped and written into existence by Eric Knudsen, aka Victor Surge, on the Something Awful forums in 2009, he has since become the subject of numerous tales, web series, and games. His mythology constantly tweaked, added to, and revised by the countless people Knudsen’s original Photoshop treatments inspired.

The truly classic creepypastas, though — ones like “Smile Dog” — they have more in common with old urban legends like than some of the newer ones do: The same way no single person is attributed with creating a story like “The Hook,” for example, no single person is known to be the author of many of these classic pastas. The stories just seemingly… appeared.

If I were going to come up with a list of qualities a creepypasta must necessarily have, it would look something like this. I’m not saying this list is in any way definitive — but I think they’re all important elements:

Beyond that, though… anything goes.

Warning: There’s a lot — and I mean a lot — of truly, astonishingly bad pasta out there. But there’s also a lot of really excellent pasta, as long as you’re willing to dig through all the dross to find the gold. Here’s some reading to get you started:

Creepypasta You Probably Haven't Read Yet

Creepypasta Based On Real Life

More like this
This Creepy TikTok Trend Encourages Out-Of-Body Experiences
By Kaitlyn Wylde
What Is The Forest Personality Test? The TikTok Trend, Explained
By Georgina Lawton
The Best Memes & Tweets About The Discontinuation Of The Choco Taco
By Alexis Morillo
I Tried The $20 TikTok Viral Oishii Strawberries — Here's What I Thought
By Sophie Hanson
Get Even More From Bustle — Sign Up For The Newsletter