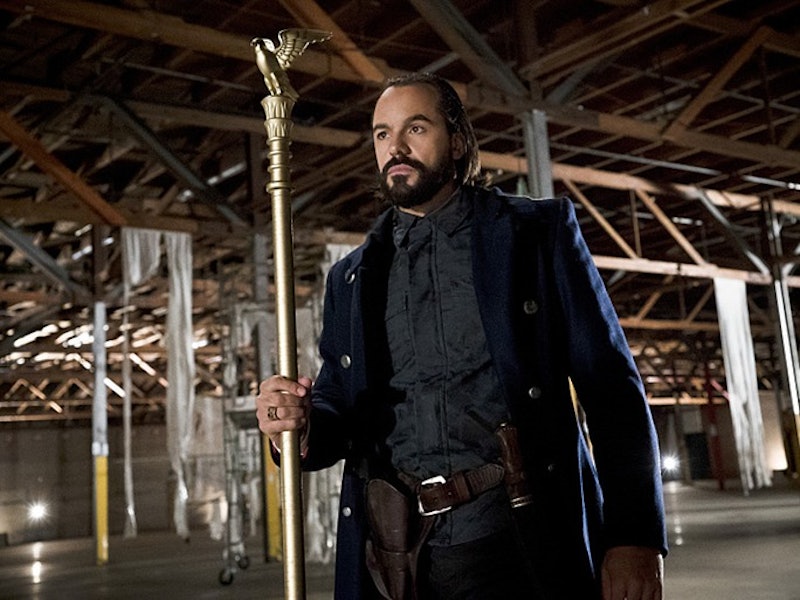 We always knew that Vandal Savage was a terrible person, but he went one step too far by messing with a Time Master. During Thursday night's DC's Legends of Tomorrow premiere, it was revealed that Vandal Savage killed Rip Hunter's family, which explains why he's so invested in bringing this Big Bad down. You see, the little boy, Jonas, that we saw at the beginning of the episode right before getting murdered alongside his mother, was actually Hunter's son. Normally, Time Masters aren't allowed to fall in love, let alone have children since it could comprise their priorities. But that's exactly what Hunter did and it's that loss which set this entire storyline in motion.

Hunter appealed to the Time Masters Council, begging them to grant him the authority to manipulate time and kill Savage before he grows to be the unstoppable force he is today. Sounds like a legit argument, right? Well, not if you're a snooty Time Master evidently. They rejected his plea, which resulted in him going rogue, stealing a TARDIS (sorry, I mean, "time ship"), and rounding up our elite team of legends. Well... future legends, at least.

Savage may think that he's some sort of immortal evil genius (and by most accounts, he really is), but you're just asking to be defeated when you anger someone with the power to time travel. So regardless of what ends up happening from here on out, Savage has only himself to blame for his potential downfall. Because if Arthur Darvill's characters have taught us anything throughout the years, it's that you do NOT want to mess with the people he loves. Just ask Doctor Who's Rory Williams...