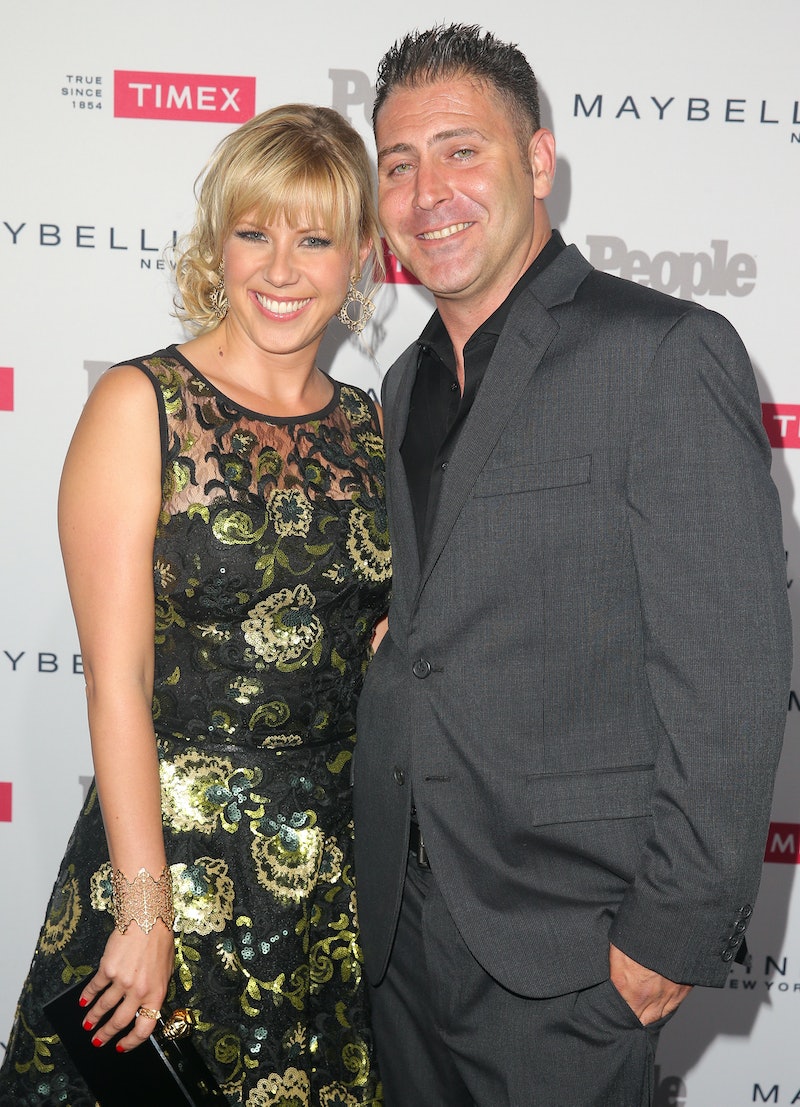 You guys, Stephanie Tanner is officially, well, almost officially, off the market. Jodie Sweetin is engaged to Justin Hodak! As her rep told People, "We can confirm that Jodie Sweetin got engaged to Justin Hodak [Thursday] and they are both thrilled." While we are well acquainted with the actor who we watched grow up before our eyes whether live or in reruns on Full House, who exactly is her fiancé, Justin Hodak? How rude of us to even ask, right? Just kidding, it's all born out of genuine curiosity. I just have to use any chance I can to make a corny Full House joke.

While you may not know anything about Hodak now, with Fuller House’s premiere upon us, I suspect that we’ll get much more acquainted with him, whether it be through interviews with Sweetin or more exposure to the public and fans. But there is still a bunch to go on when it comes to getting a good gauge of who the potential Mr. Stephanie Tanner is as a person. Because we all want to know about the new member of the extended Full House family, don’t we? Of course we do!

Here are some interesting facts about Sweetin’s new fiancé.

And He's Close With Sweetin's Daughters, Too

A truly amazing and commendable accomplishment.

Sweetin told People, in reference to Fuller House, "He's super excited and he watched Full House growing up. It was something kids our age watched and he really loves it. He thinks it's going to be a really great show and that families are really going to be entertained by it. And, of course, he's proud." Well, he's A-OK in my book.

Now, who's going to tell Harry she found someone else?