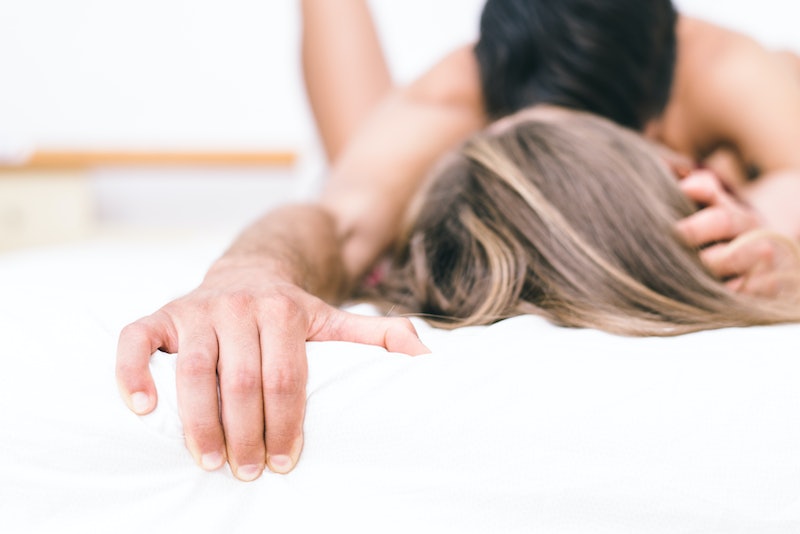 You’re probably asking “What is a Boy Toy? I’ve never heard of such a thing,” right? Well the answer, you may be surprised to discover, is neither really a “boy” (technically) nor a “toy.” According to, Urban Dictionary a Boy Toy y, a Boy Toy is merely a “male used for sexual purposes.” Pretty simple, right?

While a Boy Toy can be present in both hetero and LGBT relationships, the resource I reached out to on the matter, Toyboy Warehouse dating site (one of the largest dating sites for older women and younger men) is a heterosexual dating website. For this reason, I'll speak on the topic with regards to straight couples, though the topic is universal.

The Boy Toy/Older woman relationship isn’t anything new. It’s an age-gap relationship where the male is younger than the female. A bit different from a Sugar Daddy/Sugar Baby Relationship, I’ve found — through chatting with Toyboy Warehouse members — that these relationships tend to be a little less materialistic, though there are a fair share of men who take advantage of extravagant gifts coming their way.

As you’ll witness below, not every Boy Toy is given the luxury you might expect. While some of these women w go to elaborate lengths to get their Boy Toy to the bedroom, a lot of men in these relationships (whether romantic or sexual) won’t get that much else aside from a free meal or a cab ride home.

Acording to website testimony, female members leave ToyBoy Warehouse with “liberation and increased appreciation of genuine connections with someone of the opposite sex from a different age range.”

But what about these so-called "boys"? What kind of benefits do they see in these relationships? Here's what Boy Toys from ToyBoy Warehouse had to say:

I was sort of dating this older woman from Italy while I was living in London. It wasn't a serious relationship, and we were both seeing other people, but every few months she would pay for my flights to visit her for the weekend. I would like to say Italy's lovely but we never left her apartment.

[She bought me] a few dinners at places I couldn't afford.

She was quite well off so she was happy to pay for dates, hotel rooms, lingerie, weekends away, etc. I, on the other hand, was broke, so I let her.

I used to have a casual relationship with one older woman where we would only meet in hotel rooms. When it was my turn to book a room it was a pretty standard economy room. When it was her turn she treated us to a deluxe hotel suite with room service, a hot tub, and a giant king-sized bed. That was pretty extravagant.

I don't think most women who date younger men are looking to buy things for them, that's what I've seen in my experiences. I have known friends who've dated wealthier women who are happy to pay for things, but I don't think that's why their relationship started.

I dated an older woman who lived quite far from me. So on weekends I would drive up and visit her. When my car broke down, she offered to buy me a new one. I couldn't tell if she was joking or serious but she said she wasn't lying. In all honestly, I couldn't accept it, mostly because I was planning to break up with her that weekend. 'Thanks for the new car. But I want to break up!' - I don't think I can be that mean!

Of all the dates I been on with cougars, only one didn't offer to pay first. I guess that's the norm.

[One woman got me a] Playstation 4! And this was when they first came out. It wasn't even a special occasion or nothing, I was just mentioning in passing how I wanted to get one and she got me one. I couldn't believe it, no other ex-girlfreind has done that for me. I was very thankful, believe me.

Having dated quite a few cougars, not that many would buy me things to keep me sweet, that wasn't the kind of relationship we had. One cougar I dated used to always buy me things, new clothes, a watch, things for my home. To me, she felt more like my mom, that was quickly the end of it.

I can tell you, the cougar/sugar-mommy thing is a myth! Of all the cougars I've gone out with, none have bought me expensive toys or gifts. Just like any other dating experience, I'm expected to pay, not the other way around!

I had an older woman (an ex) who I used to go on vacation with a lot. At first I would always pay but after so many trips, it started to get quite expensive. Bless her, she was happy to pay for me to go, which I couldn't say no to. We went to Spain, Thailand, Japan. She was real keen traveller and I like free stuff.