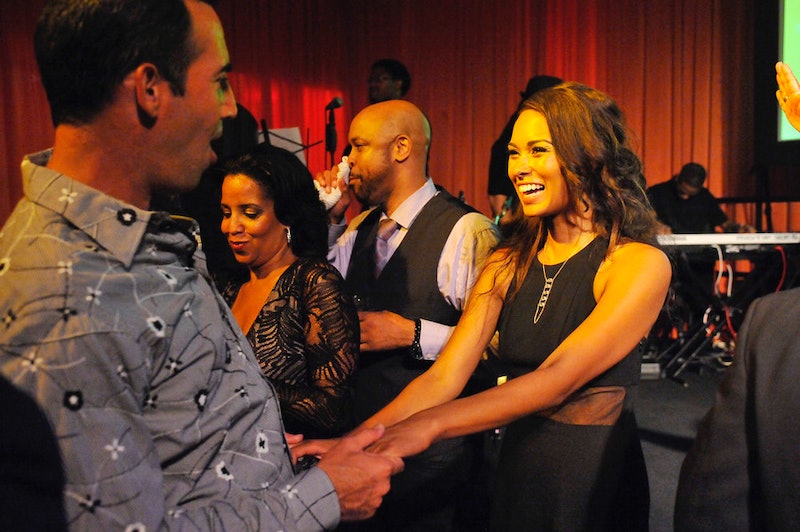 The women of Real Housewives of Potomac are a gift to Bravo. They're incredibly exclusive and equally honest about it. They're also honest about their former relationships, a few of them noting in the first episode that they have been cheated on in past marriages. Then there's Katie Rost and her boyfriend Andrew Martin, who are still in the dating stage of their relationship. Katie made it known in the premiere episode that she would like to get married to Andrew, but they're taking it "slow and steady." So, how did Real Housewives of Potomac star Katie meet Andrew? These two were introduced by someone who knows Katie best.

Katie spoke to OK! magazine about her relationship with Andrew, and as it turns out, it was her mother that introduced the two lovebirds. She said that she and Andrew are the "perfect fit," and that's all thanks to Katie's philanthropic mother. Katie shared that her mom and Andrew belong to the same golf club, which eventually led to her mother wanting to set up Andrew with her newly-divorced daughter. According to Katie, Andrew checked off all of the things her mother looks for in a partner for her Katie.

Andrew fits the mold of the kind of guy my mom likes: He works in finance, he’s never been married, he has no kids, he makes a nice income. So he got like five gold stars from my mom.

On the premiere episode of the show, Katie called Andrew her "hopeful husband to be," but tells OK! that he's a "hard one to catch." According the interview, Katie bounces around between Andrew's house and her own houses (plural) depending on how she feels. It appears that her kids love Andrew too, judging by photos she has shared on social media.

In the trailer for the season, it appears that Katie and Andrew face a bit of a roadblock agreeing on the future of their relationship (Katie is seen asking Andrew if he wants to marry her). Time will tell what's in store for this couple, but as for now, they seem pretty happy.