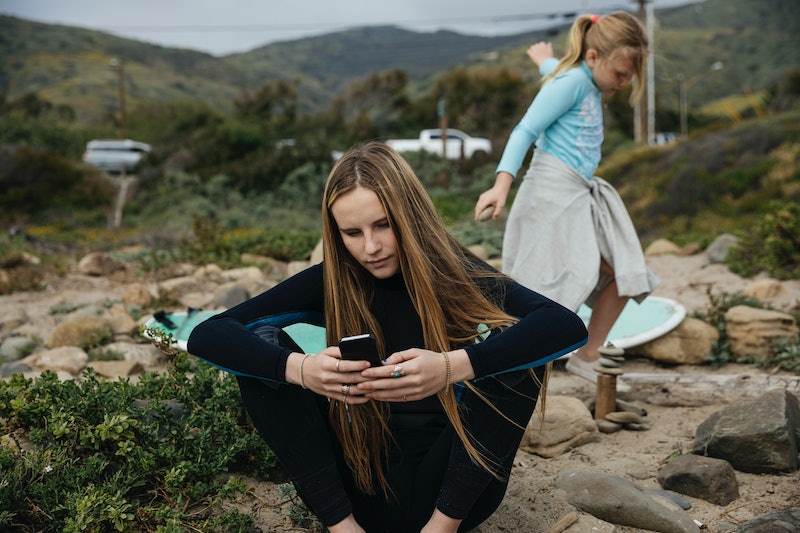 When it comes to siblings, it seems like relationships with your brother or sister can either be the closest of friendships, or the most bitter of enemies. But what about falling in between? What about simply co-existing with that other person for a majority of your life, knowing that you care about them, but also that you're not about to go out of your way to tell them your deepest, darkest secrets?

That's how I'd define my relationship with my brother. I only have one sibling, and because we were born almost five years apart, along with the sheer fact that he's a guy, it's difficult for us to relate to each other most of the time. Even when I lived at home, we seemed to cohabit the same area without ever feeling the need to interact with one another, and that was fine by the both of us. Occasionally he'd ask me for advice about applying to colleges, or with homework, but my brother had always been a closed book otherwise.

But that's all OK. When we get older, and we're both married with kids, we'll probably have a closer relationship. For now though, we're both content with the way we are. Here's why it's completely alright not to be that close with your sibling, because sometimes it's as simple as you really just can't relate to one another.

1. You're Not That Close In Age

I'm currently 22 years old, and my brother is still 17. The last time I was able to relate to a 17-year-old boy was pretty much never, which is why we're not thick as thieves. When you think about it, age difference means a lot when it comes to sibling relationships. If there is only a year or two difference between you and your sibling, you're likely to be closer because you're going through the same things at the same time. But when there's a bigger gap, you don't have many similar experiences to commiserate over.

2. You Have Little In Common

Even if you are close in age, having little in common with a sibling can also keep you from having a close relationship. My brother and I have always been polar opposites, which makes crossing age boundaries more difficult. It's always a good idea to be supportive of your sibling, but if their hobbies happen to be things you know nothing about or have no interest in, there's no reason to fret about your lack of commonalities.

3. You Live Too Far Apart

We've all had relationships that have fizzled out because of distance, and the same thing can happen to relationships with your siblings. If the two of you weren't besties when living at home, it's likely going to be the same way when you or they move out. They may drop you a text occasionally to say hey, but they're not the type to call you every night just to catch up. And if the two of you are fine with that, it's not an issue.

4. They're Not The Person You Open Up To

There doesn't have to be a reason for it, but sometimes you're just not comfortable enough with your sibling to open up to them. We all have our people whom we trust with our secrets, but if that person isn't related to you, it's no big deal. There can still be a solid understanding that you care for them, without you having to confide in them.

5. But You Know They've Got Your Back When You Need Them

As I mentioned, sibling relationships that are more distant don't mean you don't support each other. Whether you take the time to shout out to your brother when he gets into his dream school, or you're there for your sister when a relative passes away, you understand that a minimal relationship means you have their back if they do reach out.

This goes a bit beyond not being able to relate to each other. If you are fundamentally different, and the two of you know it, it's sometimes difficult to be super tight with each other. My brother, for example, thinks it's OK to blast music throughout the house at all hours of the morning, and he'll tell you I'm the biggest pain in the butt for giving him speeches about why that's disrespectful. Yes, we disagree, and that keeps us apart, but that doesn't make us stray into the realm of detesting each other. Like all things in life, we've found a happy medium, and we both know it's better that we stay there.

7. You're Both OK Not Pushing The Issue

My mother has begged me time and time again to try and be closer with my brother, but we just don't mesh. And the more I tried to push the issue, the more I began to realize that things weren't happening organically, and it was making everyone involved uncomfortable. Just because others are under the impression that your siblings should be your most durable relationships, you guys don't have to act like you do in your friendships. Despite not spending a lot of time together, there's still an understanding that your relationship is durable, and that you will be there for one another when you absolutely need it. And at the end of the day, that matters more than appearances.