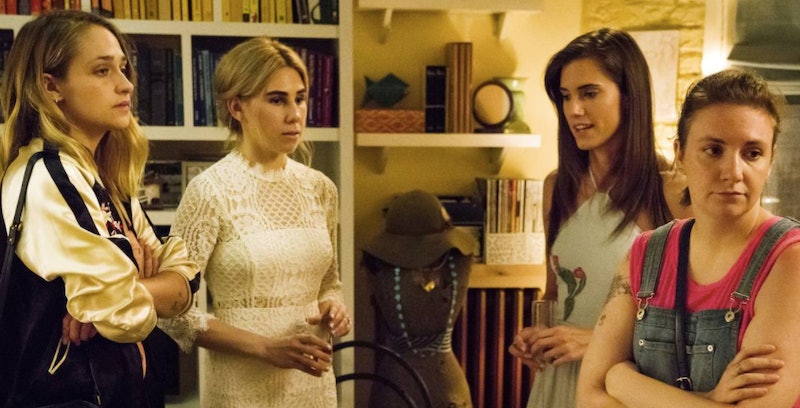 Passionate love that can turn toxic and sour (or even just... fade away) isn't the sole realm of romantic relationships. Friendships are also complex dances that can end in tears and breakups. If some of your connections just don't feel right anymore, you might be wondering how to know when to end a friendship.

"A healthy friendship should feel like a safe space where you can be yourself, share your inner thoughts and feelings, not feel worried about judgment, and overall feel lifted up rather than put down," says psychotherapist Lillyana Morales, LMHC. "If you’re feeling uncomfortable, unhappy, or on edge around someone, then it may be time to reflect on what may be triggering these feelings."

Sometimes, you're just at different places in your lives, which itself can be benign. Other times, there are almost daily, blazing red flags for gaslighting, disrespectful, and toxic friendships. It's not your responsibility to take on all the work of a relationship yourself. When your attempts at communication keep failing, it helps to know the types of friends you should get rid of.

Of course, that doesn't mean that you can't have ups, downs, and straight-up fights with your besties. At least some degree of conflict is inevitable, especially the closer you are to someone. But especially if you're addressing these conflicts constructively ("I didn't like x" instead of "you're such a jerk"), you should expect the same level of respect and communication back ("I understand, how can we mend this?" instead of "you're just too sensitive"). If you're not being treated the way you deserve to be treated, one of these 15 friendship red flags might be at play.

1. The Friend Who Gaslights You

If your compadre constantly implies that everything's your fault in a friendship, it might be time to call gaslighting what it is and bounce. Listen to their actions instead of their words if they're treating you like crap while telling you how much they care about you. They might accuse you of being oversensitive and mean when you explain why you were hurt when they said that your new dress would look better on them. If they do these things routinely and blame it all on you when you try to address it, it's probably time to return their friendship card.

2. The Friend Who Doesn't Respect Your Boundaries

If you have that one friend who always FaceTimes you late at night even when you've told them you're going to bed, they might not be respecting your boundaries. You may have to take the leap of communicating your boundaries to your friends first and enforcing them. Being that emotionally exposed can be terrifying, but you need to tell your buddy that even though you normally love hugs and physical affection, you don't like to be touched when you're crying. (Sure, they should probably ask first and touch later, but communication goes both ways.)

"Establishing boundaries early into friendships can make the difference of having a quality, healthy relationship with someone," Morales says. "Being open and honest about who you are and what your boundaries are does require vulnerability, but connecting with another human being in a healthy way can be worth it."

3. The Friend Who Never Reaches Out To You

You’re the one who always makes the call to hang out, and when your friend does answer your texts (which does not happen often), it always feels like they're doing you a favor. “Yeah, I guess dinner works for me on Friday. I’m going to be a little late. Oh, and I need to leave early. Is that cool, too?” If that sounds all too familiar, you're allowed to ask for better communication.

4. The Friend Who Doesn't Respect Your Time

5. The Friend Who Judges You For Your Goals

Your friends will call you out when you're making mistakes, but there's a big difference between how you feel when your bestie is giving you solid advice (even if it's tough to swallow), and how you feel when a pal is judging you and your dreams. Reality checks are often needed, but when the response to your big dream is "ew, why would you want to do that?" or "I mean, I guess if you really want to," you'll know you deserve more thoughtful support.

6. The "I'm Just Being Honest" Friend

"You are really clingy in relationships," they tell you when you're worried about your girlfriend shutting down when you try to talk to her about emotions. Your pal might be telling you things with grains of truth, but that's never the full picture. You deserve someone who's nicer about it when they think there's a tough truth you have to confront.

7. The Friend Who Never Asks How You Are

It takes them an hour and a half of talking about me, myself, and I to finally ask how you are. You really do want to hear about their job, but you just wish they'd give you the same emotional space in return. A friendship is supposed to be a two-way street, after all. If you've tried explaining to them that you need more attention in the relationship and they haven't changed their behavior (even if they apologized and said they heard you), they might just be waving ye old red flag.

8. The Friend Who Is Only Your Friend When It's Convenient

Maybe they're in between datefriends, or they're in town and need a place to crash, even though they haven't answered your texts in months. If you feel like they're not exactly using you, but they're only a strong presence in your life when they don't really have anything else going on, it's reasonable to start to wonder if you need them in your life at all.

9. The Friend Who Doesn't Respect Your Identities

You're stoked to introduce your inner circle to your new girlfriend, but they say you're just "going through a phase." They might tell you that you "talk about race too much" or that you're "too sensitive" to people's ableist jokes. Maybe you've been best friends since you were kids, so they say they're really used to your old pronouns and name. But if they use your identity to diminish or belittle you, or make zero effort to understand you, they are definitely not a person you need in your life.

10. The Friend Who Makes You Feel Like A Loser

Sure, "no one can make you feel inferior without your consent," but also... sometimes people are just jerks. It's one thing if they got a promotion and you're so happy for them but it reminds you that you're not quite where you want to be yet. It's completely another situation when your pal celebrates themself by putting you down, constantly implying (or even directly saying) that they're the smartest and most successful person in the room.

11. The College Bestie But We've Drifted So Far Apart Friend

"Sometimes we find ourselves in relationships with people that we may have been excited to form bonds with at first, and yet are left wondering why they’re still in your phone contacts or friends on social media now," Morales says. Sure enough, it can be painful, but it's alright to shrug your shoulders and say, "We had a beautiful connection once, and I'm grateful for it: but now we're just in really different places." Drifting apart doesn't mean you have to formally sever ties, but it's OK to find yourself less invested in a friendship that used to be your entire world. It doesn't make you a bad person — it's just about bringing your full self to the table each day, and sometimes our full selves just don't match with old friends anymore.

12. The Friend Who Is Only Around When They Need Something

Sure, you might text them or see them often enough, but they only seem to be fully present with you when they need something. Whether it's venting about the ex they saw over the weekend, you always seem to be there for them, while they're always be busy when you need help processing a work crisis of your own. You deserve more reciprocity than that.

13. The Friend Who Guilt Trips You

"Ask yourself if you feel dismissed, ignored, judged, negative energy in the space, or like you’re walking on eggshells to avoid conflict with someone," Morales says. If you have that buddy who guilt trips you for asserting your boundaries or communicating your needs, these symptoms of a bad friendship are likely to pop up everywhere. "I would have invited you to my birthday party, but I know you're so depressed all the time" is a great way to make you feel guilty, take away your choices, and delegitimize your mental health needs, all in one painful text. If "guilt trip" isn't on your list of dream destinations, saying goodbye is more than acceptable.

14. The Friend Who Violates Your Trust

You want to be able to tell your best friend about that fight you and your partner had, including the parts where you kind of messed up. You certainly expect those conversations to remain private, because they promised you it would. But when you hear from the cousin of a friend of your bestie's roommate that you're being a total jerk in your relationship, you'll definitely be reevaluating what to share with them in the future (if you two have a future at all).

15. The Friend Who Invalidates Your Feelings

When you're having an anxiety attack in the club and your so-called friend tells you to suck it up because you're ruining everyone's night, it's definitely time to go. "You're amazing at your job and I'm sure you'll be fine" is a very different response than "Oh come on, they won't lay you off, don't be stupid." Communication slip-ups happen, of course, but if your friend refuses to address the issue, you deserve to surround yourself with folks who really see you, no matter what you're feeling.

More like this
Bumble's "Compliments" Feature Lets You Message Before You Match
By Lexi Inks
15 Ways To Deal With A Toxic Family During The Holidays
By Gabrielle Moss and Carolyn Steber
11 Ways To Make Catching Up With Old Friends Feel More Fulfilling
By Carolyn Steber
Are Capricorn & Aquarius Compatible In A Relationship? Astrologers Weigh In
By Kristine Fellizar
Get Even More From Bustle — Sign Up For The Newsletter

This article was originally published on Sep. 22, 2014