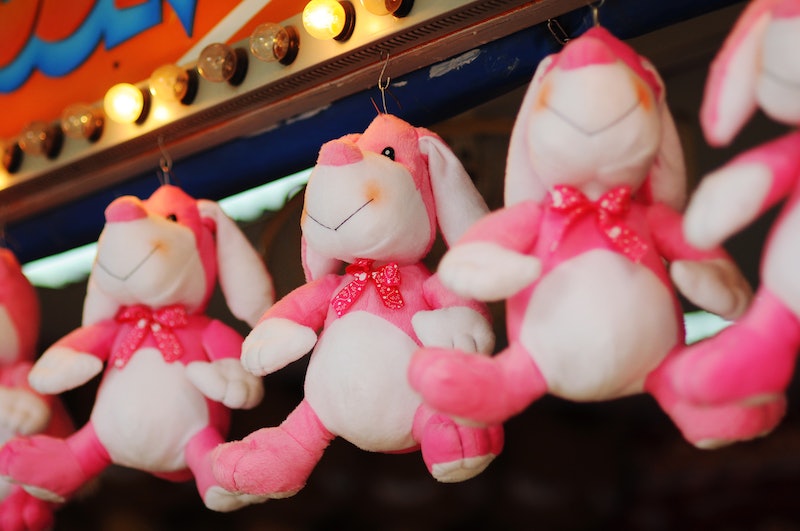 In order to get women more involved in male-dominated activities, fields, and industries, there has been a widespread attempt to "pinkify" traditionally masculine things — that is, make them "girlier." While these efforts may help get people who love cooking interested in chemistry or get people who wear jewelry into engineering, could they also encourage gender stereotypes? In an op-ed for Mashable, writer Katie Dupere points out that all the pink pages on websites meant to get girls into coding may not actually be serving their intended purpose and may instead perpetuate "the idea of coding as inherently uninteresting to girls, requiring extra girly elements to 'sell it'" — and she might be onto something.

Here's the thing: Pinkifying traditionally masculine fields and professions might be more harmful than it appears because it functionally breaks down one stereotype while encouraging another. As long as there are gender stereotypes to begin with, women will be excluded from male-dominated activities (and, similarly, men will be excluded from traditionally "feminine" ones, too). Telling women they inherently like pink implicitly sends the message that they also innately have the traits pink is associated with — including being bad at math and science.

This isn't to say, of course, that it's bad to like pink or fashion or babies, just as it isn't bad to like math or science. The problem lies in assuming that people will like these things simply because of their gender. The bottom line is that none of these things really needs to be gendered in the first place... so why do we continue to do it anyway?

Since pinkification (and blue-ification, for that matter) could very well be doing more harm than good, here are some things we can quit gendering already so that we can instead work on lifting barriers to them. Plenty of women want to get involved in "men's" realms and vice versa — whether they're pink or not.

As Dupere mentions, websites for organizations meant to lift up women in tech or teach women to code often have pink designs, but the problem goes beyond that. Dupere also cites a program that taught girls to write code for 3D printers to create jewelry. Now, I admit that sounds pretty cool. But it should be open to anyone, both girls and boys, and furthermore, it shouldn't be the only type of option available to women. A female engineer I once worked with expressed a similar sentiment regarding women-in-tech events with sparkly pink champagne glasses. If we really want to break down stereotypes, maybe we should try using pink decorations at events that aren't specifically for women.

Boys and girls have long played with many of the same toys without any pinkification encouraging them. Many board games, for example, are basically gender-neutral. But a variety of toy companies have attempted to get more girls on board by feminizing their products, as Mary Flanagan points out inThe Daily Beast.One LEGO ad in particular markets its toys to girls by showing a girl making a pretty, pink castle out of LEGOs. Now, again, the castle looks pretty awesome, and more power to any kid who wants to make it. But, as many children's toy and clothing companies are now realizing, gendering toys only discourages kids from playing with whatever they really want to.

Both online and in print, reading material for women is typically centered on fashion, beauty, celebrity gossip, and relationships, while men's publications address politics, arts and culture, technology, and other more serious topics. And based on Amazon's "women's literature" picks, you'd think women needed love stories in order to read. Rather than creating more places for them to read about low-calorie cocktails, a bigger step forward for women's media would be to provide women with content about science, sports, and other "men's" topics, and vice versa. Speaking of which...

Plenty of women have succeeded in sports traditionally demarcated for men, like football and soccer. Similarly, many men have excelled in sports considered feminine in the United States, like gymnastics and dance. Yet British minister for sport and equalities Helen Grant has said that the way to get more women into sports is to pump up "women's" activities like zumba and cheerleading. But even if those sports are more popular among women, a more inclusive and lasting way to close gender gaps in sports would be to make all athletic pursuits less gendered.

In a desperate attempt to increase sales, some companies have gendered products that most definitely do not need to be gendered. Bic's pens for women were one of the most hilarious examples, as if women needed differently shaped instruments in order to write better. Heck, there's even a car designed for women. Its features, including "easy to get in and out of" and "easy to park," serve to prove why all that pinkification really does is encourage offensive stereotypes.