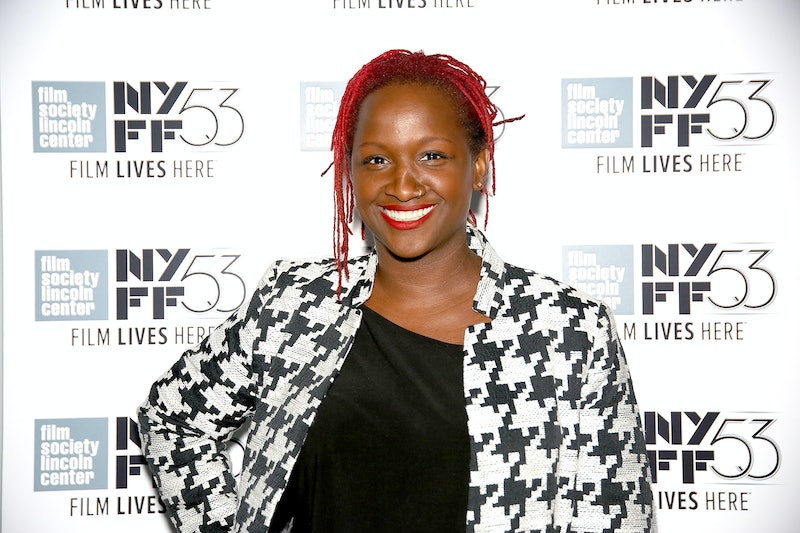 It was the mansplaining heard 'round the world: Matt Damon, on his HBO show Project Greenlight , telling a black, female producer why it was totally OK that the movie he was helping make had only one black, female character — a sex worker — and that it didn't need a more diverse crew. Damon's comments ("when we’re talking about diversity, you do it in the casting of the film, not in the casting of the show") garnered serious backlash and an apology from the actor, but it had a silver lining: the support that Effie Brown, the producer who called Damon out on the show, received from so many people. While at the Women at Sundance Brunch at the Sundance Film Festival on Monday, Brown discussed the now-famous incident, at one point honing in on the interviews she gave immediately afterwards.

"I was told to simmer down, because I couldn’t take on a cherished Hollywood celebrity," she recalled to an audience of over 400 women. "And they said, let other people talk for you."

But, she added, "that was a smart decision — because women and people of color and God bless you, some of you men too, came out in full force. And we shut that bullsh*t down."

As for why the Damon incident "hit a nerve" with so many viewers, Brown explained that it's because it rang true with so many women, especially those of color. Said the producer, "The women who work in this business, we go through that sh*t every day, so much so that sometimes I think we think it’s normal, we adjust to it, we rationalize it so it doesn’t destroy our spirit."

Her talk with Damon, though, shone a light on the issue that people couldn't ignore. "Project Greenlight gave a real and accurate peak behind the scenes of what it’s like to make a film in Hollywood," she said. "That show exposed the systemic exclusion of Hollywood in a real mainstream way."

Later in her talk, Brown went on to discuss the "unconscious bias" that, she said, runs rampant throughout Hollywood, and the many people who "fiercely protect their blind spots and privilege when it comes to gender and race." As a result, she explained, women — especially those of color — often have to "calmly educate and explain when we really want to scream," and, as she experienced with Damon, do so in a way that doesn't get them labeled as "difficult or confrontational and, God forbid, that word: angry."

Although Brown's comments to Damon did garner some criticism, the vast majority of the public's response was pure praise; many were impressed by the producer's poise during a clearly frustrating situation, as well as her explanation of why diversity matters both in front of and behind the camera. But as Brown explained, what matters most is if the incident will lead to any actual change in how Hollywood functions when it comes to inclusion.

"Is it our true intention to change this system? If it truly is, then it’s time for us to get a little uncomfortable, because we have to look at ourselves, too. Because honestly, unconscious bias, privilege, and blind spots aren’t only the affliction of white men. We get it, too," she said.

But, she added, seeing how many people came to her support after the incident and knowing just how much they cared about improving the state of women behind-the-scenes made her optimistic. Said Brown, "That made me really proud. It made me think that our voice is powerful. We are a force of nature. When we put our mind to it, we can say, 'enough of that old guard of Hollywood, it’s over.'"