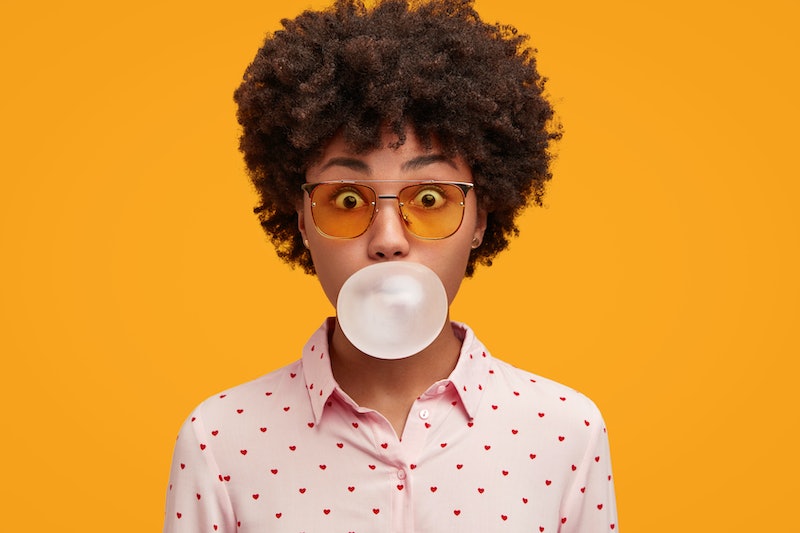 Funny how certain scents can bring you right back to the past, isn’t it? Take these smells from the ‘90, for example — just the mere whiff of a Mr. Sketch marker, and I’m right back in elementary school art class, creating a food-scented masterpiece just waiting for its chance to be hung on the fridge with my favorite magnet at home. Of course, not all smells are created equal; there are a huge number of scents from the ‘90s I’d rather not revisit if I can help it (hi there, Drakkar Noir). But that’s why we’re going to take a second to remember the best ones here — the ones that make you feel all warm and fuzzy inside. While it’s true that childhood is never as idyllic as we remember it being, a little nostalgia is good for you every now and again — and the research proves it.

Research can also explain why certain scents have the ability to make us time travel, metaphorically speaking. It turns out that a lot if has to do with simple anatomy: Incoming smells are processed in the brain by the olfactory bulb, which has direct connections to the amygdala and hippocampus — that is, the parts of the brain that deal with emotion and memory. Indeed, a study out of Brown University conducted in the early 2000s found a correlation between how active the amygdala was while participants smelled a scent that was meaningful to them.

So here — let’s go on a little scent-driven walk down memory lane. Because you never forget your first Lip Smacker.

I still don’t know exactly how to describe this smell. Slimy, perhaps? Can “slimy” be a smell?

All of them were pretty memorable, but the scent of artificial root beer made the brown marker notable in a way that nothing else could.

For me, this was always the Dr. Pepper one. Apparently I had a thing for fake soda smells as a kid. Weird, considering I didn’t actually drink the stuff that often — it was only a sometimes treat in our house.

Guess which one was my favorite? Hint: It begins with “R,” and ends with “oot beer.”

I wasn’t kidding about that soda scent obsession.

The off-white casing that housed every computer and monitor had a unique smell all its own. I’m not sure if it was the casing itself or all the parts hard at work inside it… but maybe some things are better left unanswered.

Fruity, yet plasticky… and yet also utterly delightful.

Some people were Bath & Body Works Cucumber Melon people; others were Gap Dream people; but me? I was a VS Love Spell person. Not because it was supposed to be some sort of magical potion that would, in lieu of milkshakes, bring all the boys to my yard, so to speak — but because it smelled fruity and delicious. According to Fragantica, it was a mix of peach, cherry blossom, and white jasmine; however, I think Fragrantica’s users have supplied far more accurate descriptions: Some gems include “It smells like middle school,” “fizzy fruit punch,” and “It almost smells the way it looks: Purple.”

8. The Smell of a New Nintendo Game

OK, so technically this one is more of an ‘80s smell — the cereal was first produced in 1984 — but by the ‘90s, it was a breakfast table staple, infusing the morning routines of children everywhere with the sweet scent of cinnamon and sugar. Yum.

10. The Dum-Dum Pops Your Teacher Taped To Your Spelling Test When You Scored 100 Percent

Dum-Dum Pops were good, but they were even better when they were the result of a classroom victory.

Fun fact: Play-Doh actually saw its humble beginnings way back in the ‘30s… as an industrial wallpaper cleaner. The formula was reworked after children began using the stuff like clay, making way for its release as a toy in the ‘50s.

Scented dolls were largely an ‘80s phenomenon — Strawberry Shortcake is probably the most well-known incarnation of it — but Cherry Merry Muffin kind of straddled the end of the ‘80s and the beginning of the ‘90s: She (and her pals) were produced by Mattel from 1988 to 1990. I remember them smelling way better than Strawberry Shortcake — more like sweetness and less like plastic or rubber. Maybe that’s just me, though.

OK, so maybe it wasn’t exactly a good smell… but it sure was a memorable one.

Remember when they re-released this stuff a few years ago? Speaking from personal experience, I can confirm that it made showering way more nostalgic than you would have ever thought a shower could be.

15. Your Bubble Gum of Choice

16. The Smell of a Yikes! Pencil Being Eaten by a Manual Pencil Sharpener

I love the smell of pencil shavings in the morning.

Shark Bites were pretty terrific all on their own, but there was nothing like finding a couple of supposedly “rare” Great Whites in your pouch. In comparison to the others flavors, they were opaque; I’m not totally sure what they were supposed to taste like, but they smelled kind of like marshmallows to me.

More like this
Netflix Reveals First Look At Wednesday In The 'Addams Family' Spinoff Series
By Bustle Editors
Kenan & Kel Just Reunited At The 2022 Emmys & Twitter Is Overjoyed
By Grace Wehniainen
15 Offensive AF Jokes In 'Friends' That Really Aren't OK
By Tolly Wright, Bustle Editors and Meguire Hennes
10 Pumpkin Recipes That Are Way More Creative Than Pie & Lattes
By Rebecca Deczynski and Alexis Morillo
Get Even More From Bustle — Sign Up For The Newsletter