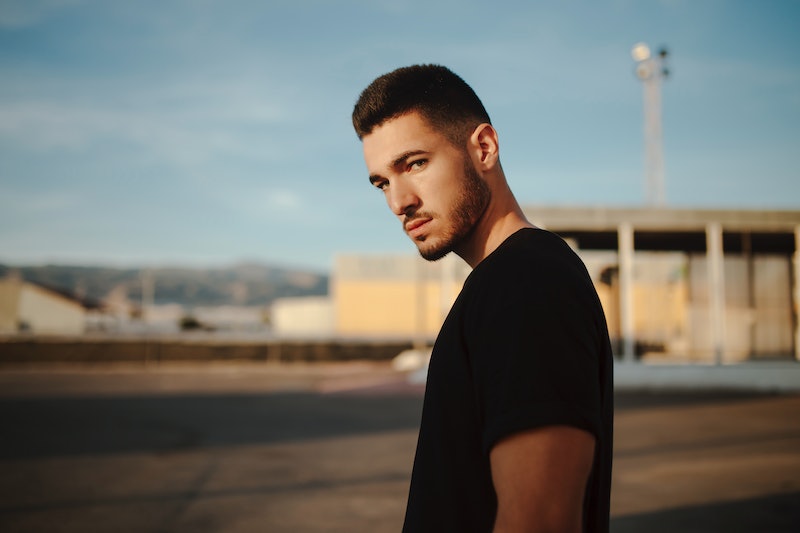 It's an interesting method to study because you can see firsthand how men are dealing with a tough issue. As the report notes, "for these men, an online forum on the topic can be an invaluable source of advice, encouragement, and commiseration," so it's sort of inside view— a look at the honest struggles behind ED. And some of it was really surprising, from who is actually suffering to the medications they're using to how it affects their life.

The whole report is very in-depth and worth checking out, in part for the fascinating interactive charts with word associations. But here are some of the interesting takeaways about guys with ED:

Perhaps that most shocking fact was that, although we often associate ED with older age, it is definitely affecting younger men, too. Actually, nearly 60 percent of contributors were 24 years old or under, but I think that reflects more the age of people that rely on forums then the proportion of sufferers that are that age. "Though erectile dysfunction is often considered an issue exclusive to older men, ED forum participants are quite young on the whole," Signe Nicklas, a spokesperson for Superdrug Online Doctor, tells Bustle. "This is an issue for men that can be hard to talk about, even to close friends. Younger men are seeking more anonymous methods to voice their problems and see how other men are finding ways to cope

2. There Are A Whole Range Of Penis Problems

And, when talking about the issue with their penises there were a whole lot of others words, besides just "problems". Other common words were "curved", "injury", "numb", "pump" and a whole lot more. And that's just a tiny sample. Look at them all and realize all the different combinations.

3. Three Drugs Came Up The Most

There was a lot of talk about different medications, how they are prescribed and how effective they are. Viagra had by far the most, with 53.9 percent of mentions, followed by Cialis at 35.5 percent, and Levitra with 10.5 percent.

5. But You're Not Alone And There Are Options

One of the best things to come out of this research is to show that ED affects so many people, from varied backgrounds, in varied ways. So your partner shouldn't feel like they're the only one. "What's most important is that men who are having ED-related issues are seeking professional help — and not to be ashamed or afraid to talk about it to their doctor," Nicklas says.