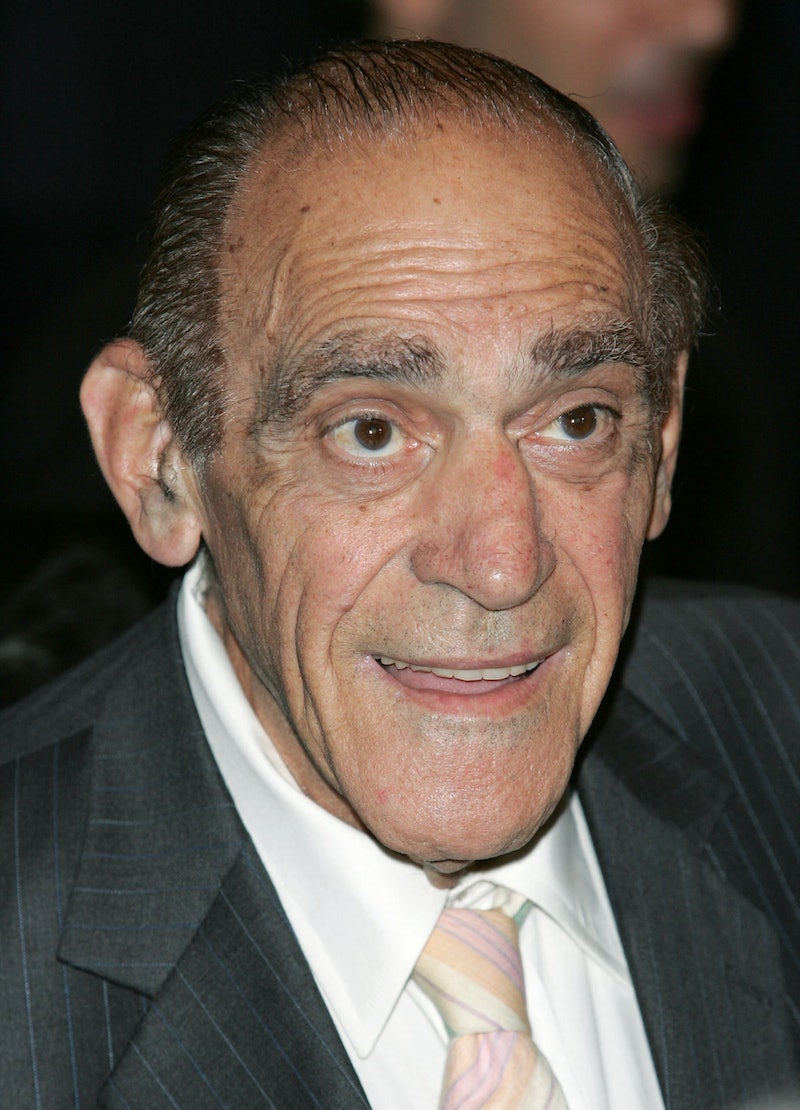 Though he was subject to many rumors about his death over the years and he took them all in good humor, Abe Vigoda has actually died at the age of 94, his daughter confirmed on Tuesday. Vigoda's daughter, Carol Vigoda Fuchs, told The Associated Press that her father died Tuesday morning in his sleep at her New Jersey home. "This man was never sick," Fuchs said, and explained that his death was simply due to old age.

Vigoda was known for his particular looking face and bushy eyebrows, as well as his many contributions to film and TV. He worked steadily as an actor until he landed his breakthrough role in 1972 as Mafia soldier (and friend to mob boss Vito Corleone) Sal Tessio in The Godfather and its sequel, The Godfather II. He then flexed his comedic chops on the sitcom Barney Miller as Sgt. Phil Fish from 1975-1977. After a short-lived spinoff aptly titled Fish, he had roles in several films, including Cannonball Run II, Look Who's Talking, Joe Versus the Volcano, and North.

Vigoda had a great sense of humor and humility about his career and time in Hollywood, once saying,

When I was a young man, I was told success had to come in my youth. I found this to be a myth. My experiences have taught me that if you deeply believe in what you are doing, success can come at any age.

Below, check out some of his most notable appearances.

Vigoda loved to poke fun at the death hoaxes that seemed to follow him, and his appearance on Late Night with David Letterman proved that:

A clip from The Godfather, his breakthrough role:

And a clip from one of his most beloved roles as Sgt. Phil Fish in Barney Miller: