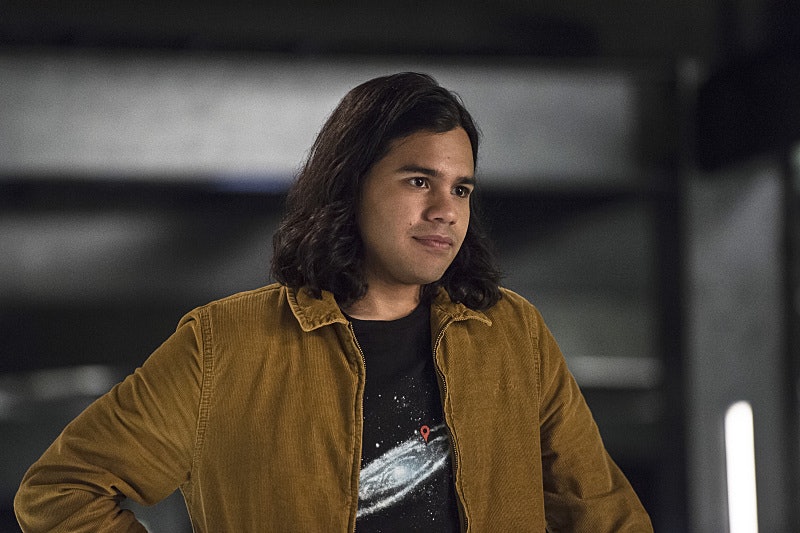 I am a firm believer that Cisco Ramon is already a superhero in all of his geeky, sassy, unfiltered glory. But, that doesn't mean that Harrison Wells creating Vibe goggles for Cisco on The Flash didn't excite me to my core — I'm going to be honest, it totally did. The thing is, for me, it was less about the what and more about the how. I don't necessarily care that Cisco looks like Team Flash's version of Cyclops. I care that he was finally able to (sort of) get a hold on his skills.

Because let's be real here, people. Getting a broader, more in-depth view of his abilities was eye-opening not only for Cisco, but for us too. By Wells summoning him to different places and events with the Reverse-Flash, we got to see the potential of his vibing skills. Barry may be able to travel to the future, but Cisco can see it by staying in one place. And, in Cisco's own words, it's sick. You know, save for a bit of a bloody nose.

By "honing" his skills, Cisco set Barry's own heroism into motion. In his vibe where Reverse-Flash killed Dr. McGee, he remembered that the clock read 9:52 p.m., and as Wells noted, it was only 6 p.m. for them, currently. Barry got to save Dr. McGee and the day, beat the heck out of Reverse-Flash, and then capture him. Everything's wonderful and perfect!

...Just kidding. Obviously, nothing is ever that easy, especially with Wells involved. Cisco's at first overlooked nosebleeds turned out to be something much more sinister. Because of the uncontrollable amount of electric energy and Cisco's uncontrollable amount of cockiness in confronting Reverse-Flash, he starts to disappear. It actually looked a lot like he was turning into Casper the Friendly Ghost, but I digress.

So, poor Barry is then forced to undo all his hard work with Reverse-Flash in order to save Cisco. And, he does it, albeit begrudgingly at first, because he's a great pal. But, while Barry learned a great lesson in "letting go," we learned an even better one. Cisco's skills are not to be taken lightly and they have not reached their full potential yet. Those vibe glasses are going to need some tweaking and Cisco is probably going to have to learn some restraint before he almost kills himself in the process again.