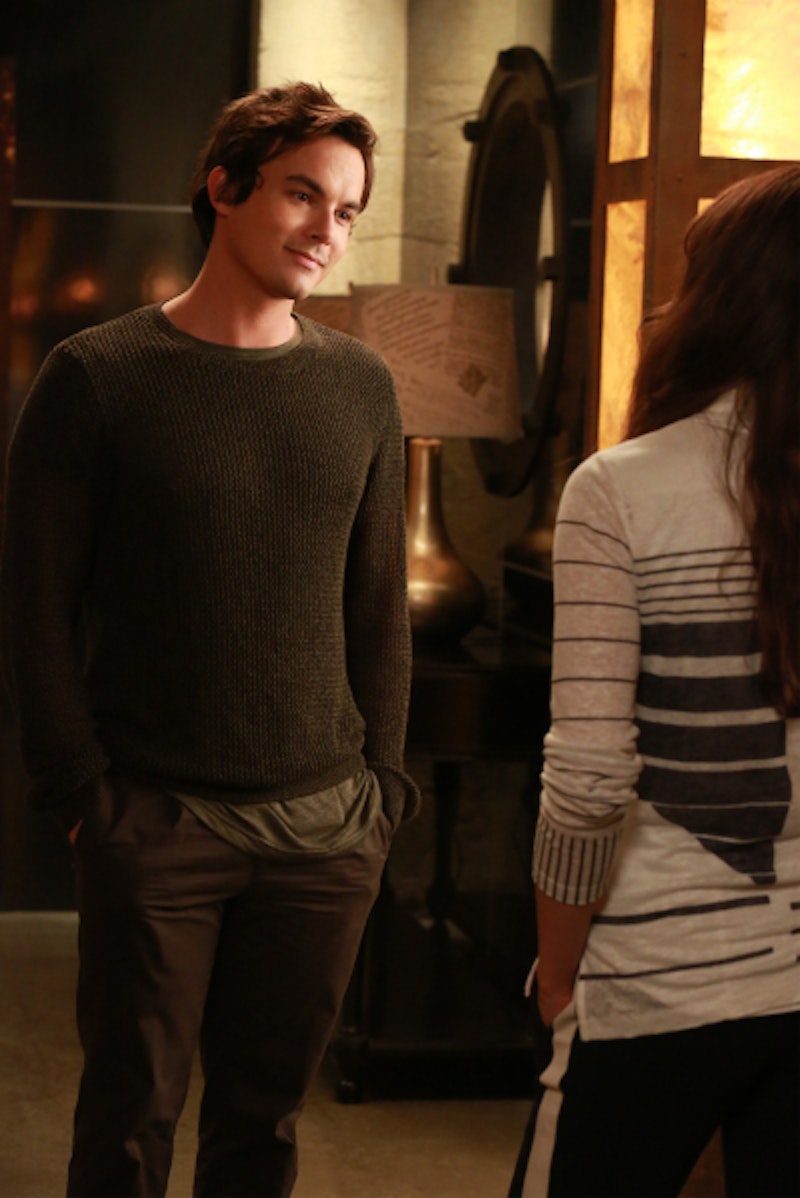 By the time "The Gloves Are On" rolled around, I think we knew all this was coming, but that didn't make it any easier. After a hiatus of speculation and two episodes of flirtation, Spencer and Caleb hooked up on Pretty Little Liars, devastating Haleb 'shippers in the process. It should be noted that before the two actually took things to the next level, Spencer talked to Hanna, who had picked up on Spencer's odd demeanor when he came up in conversation. Hanna essentially gave the duo her blessing, and while I'm glad that means her friendship with Spencer should survive, this brief exchange may seriously impact the rest of Season 6B.

When Hanna asked Spencer if she had feelings for Caleb and she simply stayed silent, Hanna knew exactly what that meant, and at first, seemed absolutely horrified at the thought. Then she asked if anything happened between Spencer and Caleb when they saw each other in Spain, and after assuring her that nothing had transpired Spencer explained that she doesn't know if Caleb feels the same way about her. Shockingly, Hanna's response to that was, "I think that you should find out," followed by a smile. How she can smile at the thought of her best friend hooking up with her soulmate is beyond me, but by the end of the episode, it seemed that Hanna had changed her mind on the subject.

In a scene cruelly shown amidst a montage of Spencer and Caleb going at it, Hanna's computer screensaver displayed a photo of her and Caleb from high school, and she had a noticeably sad reaction to it. Coupled with the definite tension Hanna and Caleb shared in Ali's house last week, it's clear that there are still real feelings between the two, and I think Hanna will soon regret encouraging her friend to pursue him so quickly. Spencer and Caleb didn't waste any time, so no matter how Hanna really feels about it, what's done is done. Things are going to be very different between the three of them now — as well as Toby and Caleb, who apparently became close during the time jump — and this could have some huge repercussions on all of their relationships moving forward.

I just hope that Spencer and Caleb decide they only had superficial feelings for each other and choose not to pursue a real relationship, because right now, that does not seem like something Hanna could handle. And frankly, neither can many of us PLL viewers. For more on Spaleb and everything else PLL, check out Bustle's podcast Taking This One To The Grave.

More like this
The 'Freeridge' Cast Shared Their Hopes For A Potential Season 2
By Grace Wehniainen
You Might Want To Rewatch This Key 'On My Block' Scene To Understand 'Freeridge'
By Grace Wehniainen
A 'Terminal List' Sequel & Spinoff Are Reportedly In The Works
By Kadin Burnett and Grace Wehniainen
Keyla Monterroso Mejia Is Finally The Star Of The Show
By Gabrielle Bondi
Get Even More From Bustle — Sign Up For The Newsletter
From hair trends to relationship advice, our daily newsletter has everything you need to sound like a person who’s on TikTok, even if you aren’t.