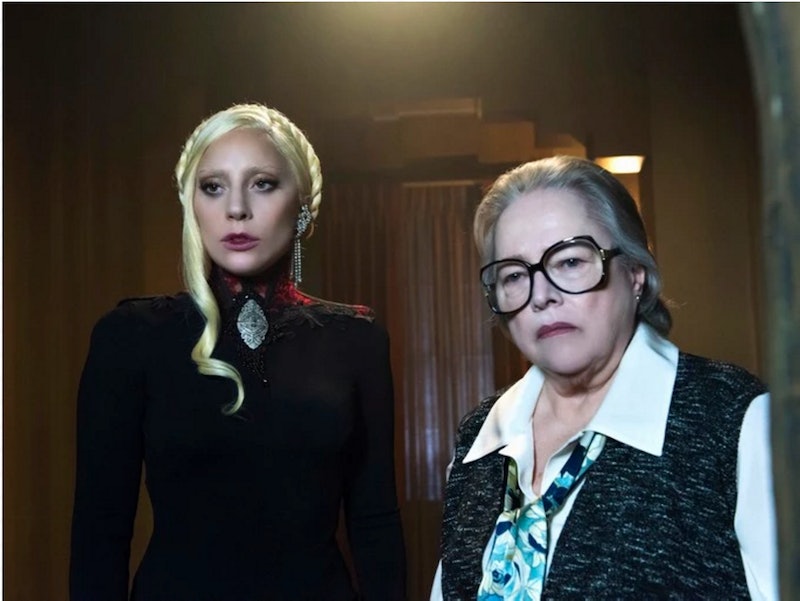 The FX show has proven itself to be a master class in reinvention, smashing prototypical television molds as easily as the murderers in the show bludgeon various innocent (and not so innocent victims). Each season features members of previous casts, and Lady Gaga, who has gone from chanteuse to Golden Globe winning actress, has already been publicly invited by Jon Falchuk to return. Who will she, and the rest of the cast that has already signed on to star, be playing?

The rumors surrounding American Horror Story are always bountiful, so let’s take a look at the ones that seem to be the most promising.

As if the concept of being trapped at sea with hundreds of retirees isn't horrifying enough, one prevailing rumor is that the next season of AHS will be set aboard a cruise ship. According to this article published by

Portal, FX CEO John Landgraf said that the series will be taking place in "two time periods...but principally in the present." Fingers crossed that they will incorporate a demon Titanic story in there somewhere.

EnStars has several theories on what the next season of AHS will center on, one of them being cults. Though I think this might be low hanging fruit since the concept of cult-like activity is intrinsically terrifying, it could make for some great television. I hope the "mole people" Doomsday cult from The Unbreakable Kimmy Schmidt is involved — could be a fantastic crossover, FX, just sayin'.

If they want to stay true to the title, then by all means, the most horrific part of American summers for some is summer camp. EnStars points out that this theme would "bring back the youthful energy of Coven," and I would love nothing more than to see Emma Roberts or Evan Peters scaring the shit out of someone around a campfire, or Lady GaGa popping up beneath someone's bunk beds. Yes to this.

EnStars credits this possibility to karlpfeiffer.wordpress.com, who provides substantial thought about why the next season will be set in a wooded setting. I can totally see this: creepy cabin setting, typical crazy slashers, plus bears and the possibility that your beer supply will run out. The horror!

EnStars reports that Ryan Murphy once publicly decried a full-out space theme, but perhaps they could integrate some extraterrestrials into American life, like they did in Coven? I still want to see Kathy Bates or Jessica Lange in zero gravity, so I dare to believe.

More like this
Tom Cruise Gives His Honest Review Of Lady Gaga’s New Song For 'Top Gun: Maverick'
By Hugh McIntyre
Michael & Kathleen Peterson’s House From ‘The Staircase’ Has New Owners
By Kadin Burnett and Kayla Blanton
Netflix Just Revealed When 'Never Have I Ever' Seasons 3 Will Premiere
By Gretchen Smail and Alyssa Lapid
20 Photos From The 'Stranger Things' Season 4 Premiere To Make You Feel Old
By Alyssa Lapid
Get Even More From Bustle — Sign Up For The Newsletter