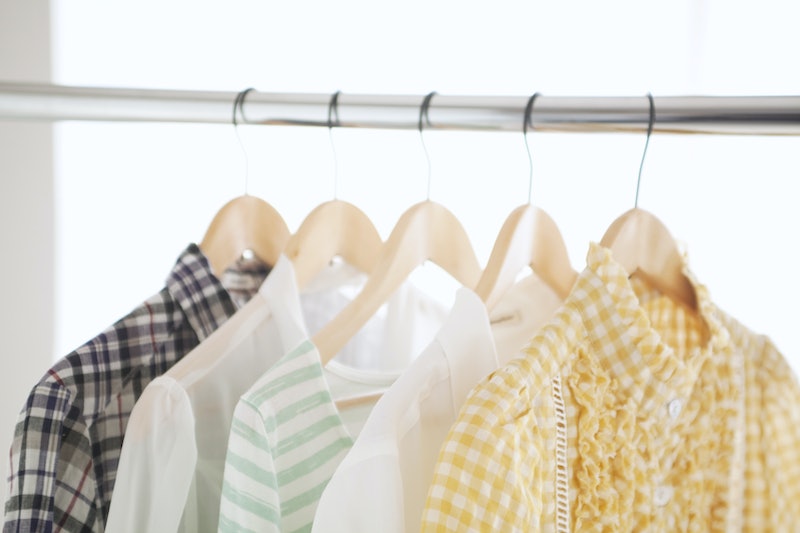 Lately there's been a lot more attention paid to the "pink tax," aka the phenomenon of products marketed toward women being more expensive than identical versions marketed toward men. But it seems the problem isn't just confined to retail prices; a CBS investigation found women are charged more at the dry cleaners, too — or at least, they are in New York City. So just how far does this thing go?

The short answer, of course, is: Pretty far. There are not only numerous examples of products with virtually identical male and female versions where the women's version costs more; it's not that the product itself is that different, just that the packaging is. But studies have found it isn't just about select examples either. It really is a systemic problem. In fact, over the course of a lifetime, the pink tax can cause women to shell out as much as $100,000. You could send a kid to college on that. And that's just when it comes to retail prices.

As part of a report on the pink tax, CBS sent two producers, one man and one woman, to various dry cleaners in New York City, each with a similar shirt. Both shirts were 100 percent cotton button-downs, and both were in similar sizes. The only difference? One was a men's shirt and one a women's. Guess who got charged more?

That's right! Apparently it costs more to get a women's shirt dry-cleaned than a men's shirt. In fact, the female producer was charged at least twice as much as her male counterpart at more than half of the dry cleaners she went to. And in some places, it was truly outrageous.

One store even upped the price right in front of her after realizing the shirt she had with her wasn't a men's shirt as they'd initially assumed.

So how is that not gender discrimination? Well, I'd argue that it is, but in most states there are no laws against it. California and New York both have outlawed gender-based price gauging in services, although no state has banned the practice in retail pricing. So why then in New York can a dry cleaners get away with charging more to clean a women's shirt? Supposedly because the machines used for pressing are made for men's tops and women's tops don't fit, meaning it's more difficult to press a woman's shirt.

With all the extra money they've gotten off of us, you think the industry would have been able to come up with a machine that could accommodate women's shirts. But alas, I guess not.

You can watch the full CBS report below.