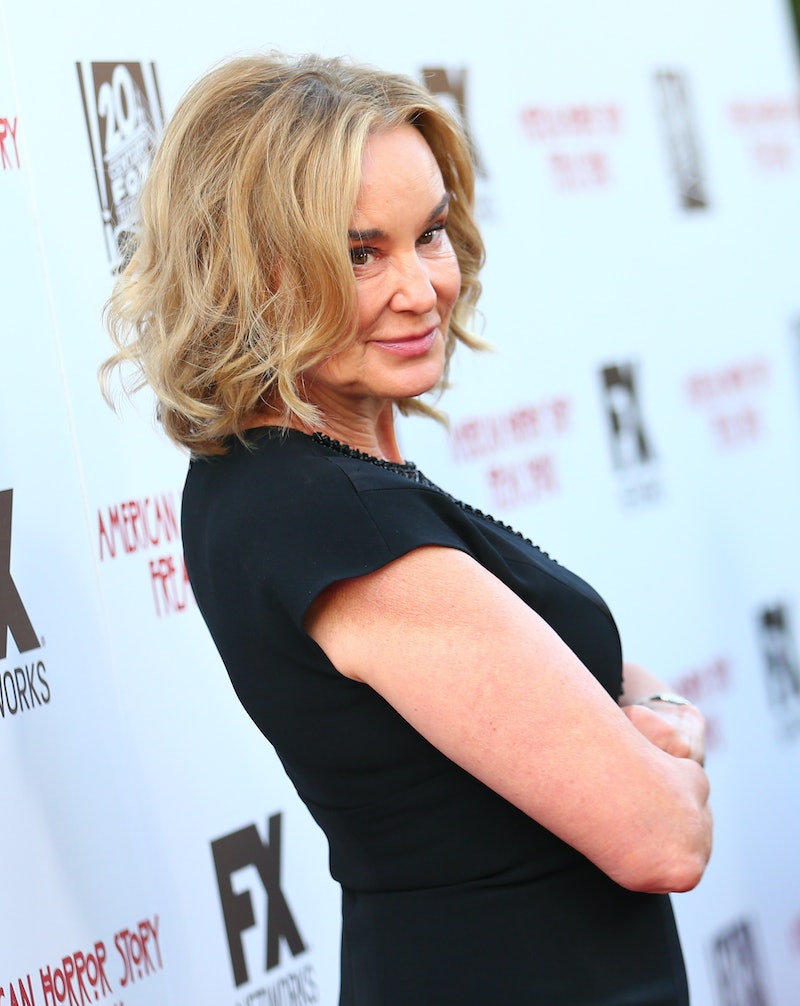 Though no one is complaining about the last installment of American Horror Story: Hotel, there was one critical element missing and her name is Jessica Lange. The actor starred in the first four installments of the uber-popular FX series, only to decline participation in the most recent season because, as she told Deadline, "There’s always an end to everything." Well, fans of the franchise just won’t accept that answer, so they're likely wondering: Will Jessica Lange be in the Season 6 of American Horror Story ?

Though she has a hugely successful 40-year acting career under her belt, Lange has cemented herself as a network-television juggernaut due to her roles on American Horror Story. Many people will forever associate her with her phenomenal turns as the brutally creepy mother Constance Langdon in Murder House, the more peace-driven Sister Jude in Asylum, the supremely wicked Fiona Goode in Coven, and the Bowie-singing Elsa Mars in Freak Show. Although the rest of the AHS cast has always been stellar, Lange’s performances have always been scene stealers, and she has won two Emmys, a SAG Award, and a Golden Globe for all of her hard work on the series.

As any good fan of the show knows, miracles can happen, so hopefully we will be seeing more of Jessica Lange this upcoming AHS season.

She Would “Love To” Keep Working With Creator Ryan Murphy...

Lange told The Wrap that she has not closed the door on American Horror Story. “If Ryan came to me and said, ‘Would you want to do a small character for a couple episodes?’ I would absolutely say yes if I liked it,” the actor told the outlet. She also expressed that she would “love to keep working with [Murphy].” The possibility of a cameo from Lange is extremely exciting, so here's hoping Murphy writes a role she's into.

As mentioned above, Lange really appreciates her work with Ryan Murphy, and, according to Variety, recently decided to work with him on a Broadway staging of “Long Day’s Journey Into Night,” in which she will reprise her Olivier Award-nominated performance as Mary Tyrone. The show begins previews at Roundabout Theatre Company in April 2016, so she might be too busy to head back to the AHS stage.

But, She Does Really love The AHS Characters

Though each woman that Lange portrayed on the show may seem vastly different, Lange managed to find a uniting theme between all of them. “There was a thread through all four of those characters, which is a kind of desperation, a profound disappointment in life,” Lange said to The Wrap in the aforementioned article. “As on-edge or neurasthenic as they appear to be, they have a spine of steel,” she said. Each character contains "the kind of complexity [she loves], that it appears to be one thing and it’s something else.”

Maybe that sort of connection to the characters will be enough to bring her back for another powerhouse role in Season 6? Let's all keep our fingers crossed that we will be seeing more of Jessica Lange in American Horror Story.

More like this
'Ghost In The Shell: SAC_2045' Was Only Supposed To Last Two Seasons
By Kadin Burnett
'Who Killed Sara?' Won’t Return For Season 4
By Brad Witter
Twitter Has Very Mixed Feelings About The New 'American Idol' Winner
By Jake Viswanath
Kaley Cuoco & Tom Pelphrey Just Made Their First Public Appearance As A Couple
By Hugh McIntyre
Get Even More From Bustle — Sign Up For The Newsletter