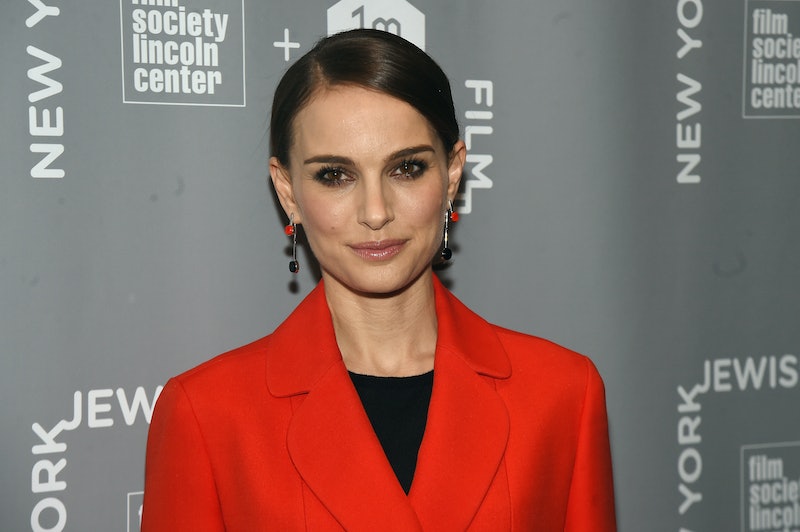 I've admitted it before, but I'll do it again: I was never really a Star Wars fan. I couldn't get into Episodes I through VI no matter how hard I tried — and believe me, I did try. But because I'm not one to miss out on huge cultural events, I knew I had to go see The Force Awakens , and I did exactly that on opening weekend. Spoiler alert: I absolutely loved it. I loved the nods to the previous films (even though I didn't enjoy the films themselves), I loved the new characters (BB-8!), and most of all, I loved that there was a new badass female hero in Rey, who no doubt is inspiring a whole new generation of young female fans. In other words, I'm really glad I went to see it. But here's something you may find shocking: while it seems like the entire world has gone to see Episode VII, Natalie Portman still hasn't seen Star Wars: The Force Awakens . Say what?!

Why is this strange? Well, given that Portman is part of the franchise, having played Padmé Amidala in three movies — The Phantom Menace, Attack of the Clones, and Revenge of the Sith. And while she's admitted in the past that the role didn't particularly help her Hollywood career prospects, it'd be hard to come away from a role in one of the most treasured franchises in history without a little respect and awe for what you'd been through. So why hasn't Portman hit up theaters to see the latest installment?

As she told Entertainment Weekly:

“I haven’t been able to see it yet,” she said, adding that she’s only heard positive reviews about the film. “I’ve heard it’s amazing and it’s so nice that it’s sort of this continuing part of everyone’s shared cultural knowledge.”

Obviously Portman is a very famous actress who presumably has her hands full both with her role as a wife and mother as well as the six upcoming movies listed on her IMDB profile. But even celebrities need to unwind sometimes, and they all like movies, right? There's not even the excuse of not really being into the whole Star Wars thing, because I'm living proof that you don't have to be in order to enjoy The Force Awakens. Besides, even if you don't enjoy it, at least you can say you've seen it and you'd be able to talk about it.

Obviously the popularity of a thing doesn't necessarily speak to its quality (though in this case, I think it does), nor does Big Thing status make it something you should partake in even if it's not really your bag. But I have to say, I'm still pretty shocked that Portman hasn't seen it, and from the sound of things, really has no desire to do so. I guess we can count her out of any spinoffs in which Padmé might have come back into the picture?