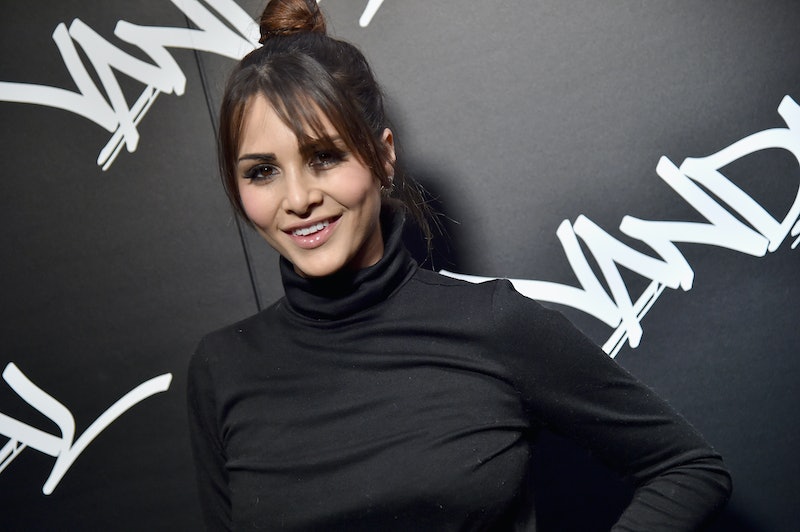 This isn't the first time that there have been rumors about Bachelor host Chris Harrison getting with one of the former cast members, but they do seem different this time. Andi Dorfman recently posted an Instagram of herself with Chris Harrison looking rather cozy, which set off Bachelor Nation's questions about whether the two are dating. You know what they say, "a picture is worth a thousand words" and this one has generated quite the buzz. Is it possible that the franchise host and a former Bachelorette are actually a couple? I mean, this wouldn't be the first in between seasons hookup to come from The Bachelor , but since neither Andi nor Chris have confirmed anything, let's investigate the previous interactions between Chris and Andi to get a better idea of what exactly is going on.

If Andi and Chris are dating, it could be a great thing for the franchise. It wouldn't exactly go along with the show's premise, but it has to be good publicity if there's a happy couple among the infamously doomed pairs, right? No one actually knows what is actually going on with Chris and Andi — (potential) couple name Candi — at this point, but there have been some clues.

This is the big thing that the fandom is freaking out over. I'm sure fans were analyzing everything from the body language to the caption to the accompanying emojis. They definitely do look comfortable with each other, right? But if they were really dating, I feel like Chris would want to be more private about it, which why I'm questioning whether this post is the "smoking gun" that people are hoping for.

Andi tweeted about Chris agreeing to rules for a Bachelor drinking game. So does this mean that they were watching together? If they weren't I have to assume that they were at least texting or communicating in some way. Maybe some pre-relationship flirting? God, I hope so.

I wouldn't think anything of this, normally, but now I can't help but over analyze everything. This seems like an innocuous photo of Andi on the set of Chris' other show Who Wants To Be a Millionaire, but now I'm wondering if they hung out after.

Sounds pretty flirty to me! I mean, he did refer to her as a "beautiful woman," and that's not praise that friends give out on a regular basis.

Andi joked that she gave both roses to Chris while live tweeting her own Bachelorette season.

The Birthday Shout Out

Happy 35th Birthday @chrisbharrison! They don't come any better than you! Thanks for always having my back through thick and thin!

Andi wrote the above on Instagram along with a kissy emoji! Pretty much everyone gives birthday shout outs to their friends. It's a nice thing to do, but it also get's you a little bit of attention yourself, so this isn't exactly damning evidence of a romance. But the caption is pretty sweet...

Andi tweeted about Chris giving her a fantasy suite card on the show and the banter got pretty playful. Maybe he should have just used the date card himself? After all these years, Chris Harrison deserves some time in the fantasy suite!

Back in the day, I would just deem this to be an innocent selfie with two coworkers (if you can call them that), but now I don't know. Yes, I looked at the dates, and it's clear that they were promoting her season of The Bachelorette with that post, but all know that didn't work out for her so I'm just going with my confirmation bias on this one. Plus, if you click the Instagram link and check out the comments, pretty much everyone is begging the two of them to date. Clearly, these people are feeling a chemistry between the reality TV stars.

In this clip from Watch What Happens Live, host Andy Cohen asks Chris Harrison to spill the tea and share some Bachelor secrets. When asked if he thought that anyone ever picked the wrong person, he first hesitated but then said he thinks Andi did: "Obviously I think she ended up probably with the wrong guy." And why is that? Is it because it should have been you?!

All of this "evidence" is pretty speculative, but it is still interesting. Even if it does not prove that there's an actual relationship going on, there seems to be a strong chemistry between the two of them. If they are not dating, then maybe they should!