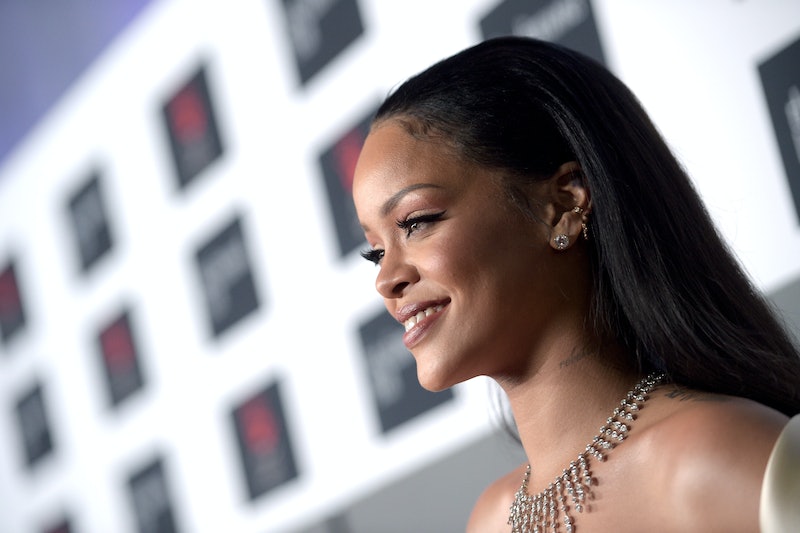 Members of the Rihanna Navy got a special surprise late Wednesday night. According to The Verge, after being accidentally posted to Tidal early, Rihanna's Anti has now been officially released on the music streaming website. Yep, even if you weren't one of the fans who spotted Anti's early release and quickly recorded tracks to your boombox (still a thing, yeah?), you can still listen to Anti now! The only thing is, what if you preferred method of listening is Spotify rather than Tidal? Is Anti on Spotify?

For now, the answer is no. And it makes sense. If Tidal got the album exclusively they're probably going to want to keep it that way for a while. After all, this was one of the most anticipated albums of the year andit was a surprise release that is no doubt sending fans into a frenzy.

That said, when albums are released in just one place, they do tend to become widely available eventually, including on other streaming sites. For instance, when Justin Bieber's Purpose came out in November on iTunes for paid download, it soon after became available on Spotify for streaming. It's hard to know what the amount of time between Anti's Tidal release and it's release on Spotify will be, but it's very possible it will be longer than in the case of iTunes versus Spotify, as Spotify and Tidal provide the same service — streaming rather than downloading. The good news is that we do know Tidal exclusive releases have ended up on Tidal in the past. Nicki Minaj and Beyoncé's hit "Feeling Myself" was a Tidal release that is now on Spotify.

So, if you really need to hear Anti on Spotify, keep on checking the site! But if you need to hear it now, it's probably best to check out Tidal.

More like this
After 'Heartstopper' Used This Indie Artist’s Song, Streams For It Soared 8,000%
By Alyssa Lapid
'Harry’s House' Is Inspired By A Japanese ‘70s Pop Icon & TikTok Fave
By El Hunt
9 Of The Thirstiest Lyrics From Harry Styles' New Album
By El Hunt
Becky G Once Had A Fear Of Speaking Spanish. Now She's Topping The Latin Charts.
By Tess Garcia
Get Even More From Bustle — Sign Up For The Newsletter