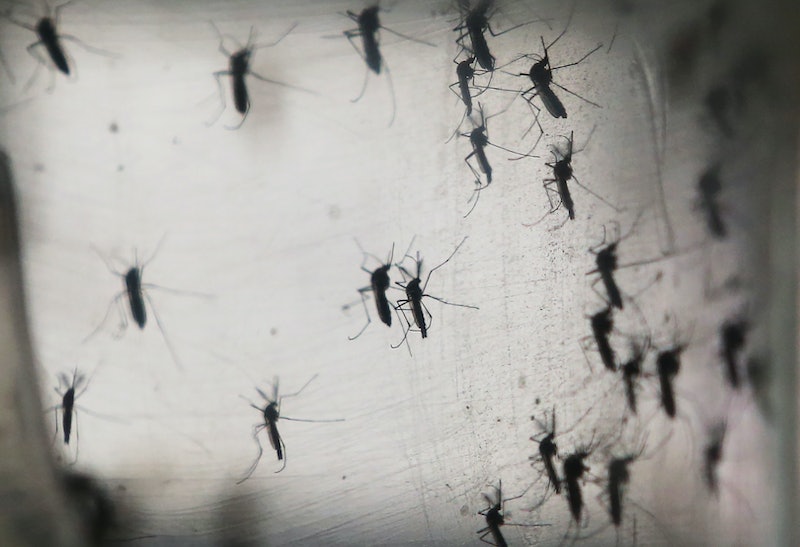 The head of the World Health Organization said Thursday that the Zika virus "is now spreading explosively" across the Americas. WHO Director-General Dr. Margaret Chan told the group's executive board that the concern over the disease was high, as is the uncertainty. The virus has been shown to cause birth malformations and neurological symptoms in babies whose mothers were infected with the virus. As many as 3 to 4 million cases are possible in the Americas over the next year.

Brazilian health officials started advising women from the South American country — especially in the more tropical northeast of the country — to avoid getting pregnant in December as research pointed to higher levels of newborn microcephaly, a disorder that can result in incomplete brain development. More than 3,893 suspected cases of babies born with the condition were reported in 2015, Brazilian health officials reported last Wednesday, compared with just 147 the year before. As many as 29 infant deaths may also be related.

No known transmission of the virus has occurred in the United States, but a woman in Hawaii gave birth to a baby with brain damage after having contracted the virus in Brazil. That case is likely just the first if WHO reports are correct. On Monday, the organization predicted the virus would spread to all of the Americas, with perhaps the exceptions of Canada and Chile. The mosquitoes that spread it can be found from Argentina to the Southern United States.

A World Health Organization emergency meeting will be held in Geneva on Monday to discuss the virus and stopping its spread. The virus has currently been found in 23 countries and territories according to the WHO, while the the U.S. Centers for Disease Control and Prevention have said 24 nations have been affected by the virus.

Chan said that wherever the Zika virus has spread, there has been a remarkable increase "in the birth of babies with abnormally small heads and in cases of Guillain-Barré syndrome." Small heads cause developmental problems and even death. Guillain-Barré is an uncommon autoimmune disorder that can cause paralysis.

Because there is no vaccine, most of the initial response will focus on killing the mosquitoes that carry it. Mothers spread the virus to their babies, and there are also no medicines to treat either mother or child after infection. Chan said that she will prioritize areas of research that are most needed.

The Zika virus was first detected in a monkey in Uganda in 1947. Since then it has spread to many corners of the world, along the equator, initially in Africa and Asia. CNN reported that nine years ago, there was a big spike in cases on islands in the Pacific. The outbreak in Brazil is the first time the disease has been connected to health problems in infants.