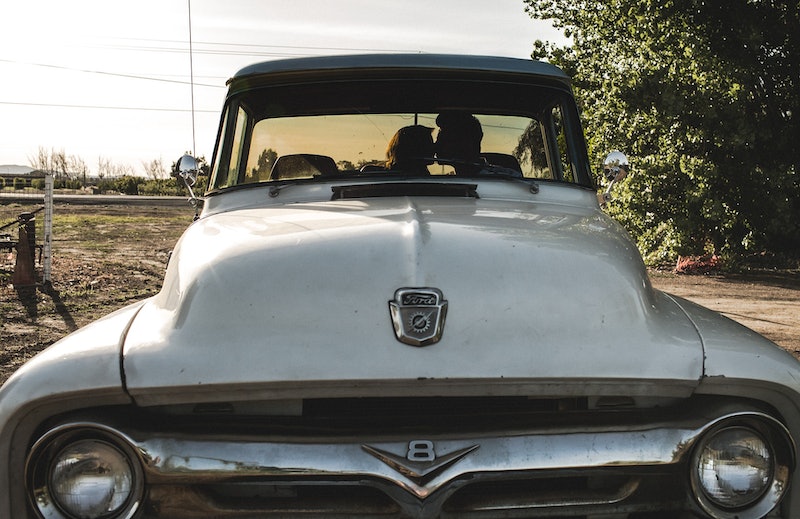 Regardless of our profession, we all secretly want a chance to be a hero for a moment. Unfortunately for Joe Craig, what he thought was his moment to save a woman from danger, turned out to be his moment to disturb a couple having car sex. Yes, because sometimes the two sound and look a lot a like.

Haven't we all had that regretful moment though? You've just spent your entire weekend binge watching SVU and it's your first time outside. The light feels too bright, the air too crisp and everywhere you look you see a potential crime scene and every face you see is a potential suspect or victim. While you're mostly hoping you won't run into any trouble, you're also subconsciously hoping for an opportunity to show off your detective skills and waiting for the perfect chance to make a citizen's arrest. Every time someone raises their voice, you're secretly rooting for them to get in to an argument that quickly escalates to level that requires a little law enforcement. Every crying child you're sure has been kidnapped and every stray cat is a house cat that's lost its way. But then you get a good night's sleep, and you wake up refreshed, free of paranoia and you hang up your badge until next time – because there are professionals for that stuff.

For Joe Craig however, he had to embarrass himself for quite a bit before hanging up his badge. The time was late, the night was dark, Joe Craig was walking his dog in East Finchley, when he was startled by a sound of distress. However he wouldn't learn until later that it wasn't the people in the car who were distressed, it was the car itself that was distressed by its inhabitants activities...

You'd do the same, wouldn't you?

How could one ignore "urgent screams"!?

So close to being a hero...

And he immediately regrets his heroic bravery.

Ah, not those kinds of urgent screams. Well, urgent, but not dangerous.

I mean, is there an easy way to remove yourself from a situation where you've walked in on a couple having sex in their own car in the middle of the night? They probably should have locked the doors...

Oh! But It Gets Worse!

OK, the dog's the real hero here...the comedic hero. The couple must have thought that was at least a little bit funny, right? I mean just the the sheer ridiculousness of the interaction would surely make me laugh.

Oh well, can you blame a dog for being a good dog? Well done, Harpo!