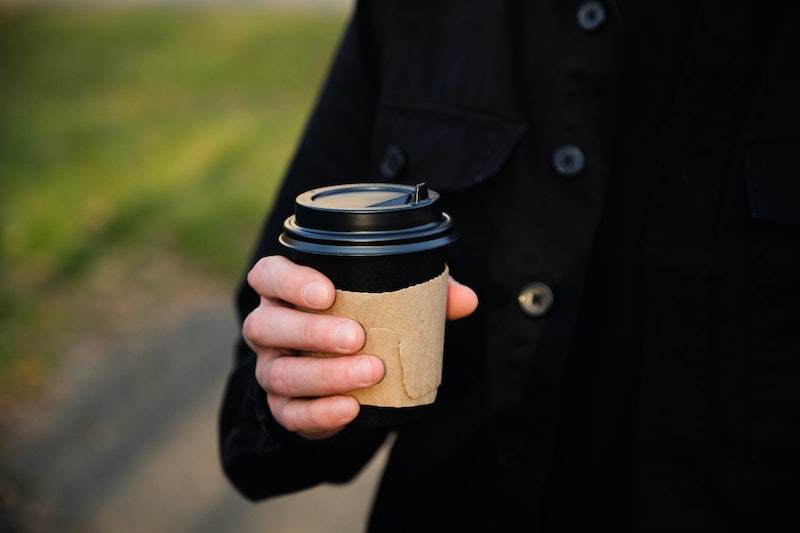 If your ticker doesn't always beat like a regular drum, you've probably been advised to stop drinking caffeine at some point in your life. But now, a new study answers the persistent question once and for all: Can I drink coffee with an irregular heartbeat? The answer, happily, is yes. Good news for java fans everywhere!

The new research, which was published in the Journal of the American Heart Situation, examined the common claim that caffeine shouldn't be consumed by those who have irregular heartbeats. For the study, the researchers had 1,388 participants report their intake of coffee, tea, and chocolate — all known for their caffeine content — over a one-year period. They also wore Holter monitors, which can continually record their wearers' heart rhythms over a 24-to-48-hour period, so that the researchers could study how the participants' caffeine intake affected their heartbeats.

The conclusion? Those with irregular heartbeats who love coffee don't have anything to worry about. "We found no relationship between chronic consumption of caffeinated products and ectopy," the researchers wrote in their paper. The study showed no connection between consuming caffeine and having premature heartbeats or accelerated heart rates. In an ironic twist, caffeine might actually help to regulate heart-related conditions and prevent cardiovascular episodes.

If you've ever researched the caffeine consumption recommendations for people who have irregular heartbeats, this study is probably making your head spin. Doctors have hitherto believed that because caffeine is a stimulant and can lead to an increased heart rate, consuming the drink would be potentially catastrophic for those whose whose heartbeats were already outside of the norm. The American Heart Association itself still has recommendations for those living with arrhythmias to avoid caffeine intake to manage their condition. The Deputy Chief Executive of the Atrial Fibrillation Association spoke to the Daily Mail a couple of years ago about this phenomenon as well, as he said that about half of those with irregular heartbeats claim that food and drink can exaggerate their symptoms, but that "there’s little evidence to back up this perceived link."

One of the lead researchers in this study, associate professor of medicine at the University of California Dr. Gregory M. Marcus, told the New York Times that he balances the discrepencies among the body of research by letting his patients decide what the best course of action is for themselves. “I tell patients that it is very likely that for some people, caffeine is an important trigger” of irregular heartbeats," Dr. Marcus said. “I generally tell them that it’s fine for them to experiment and weigh the pros and cons of caffeine to see how it influences their quality of life." He also emphasized that most cases of arrhythmia are not life threatening, so it's probably not something to be too concerned with either way.

Ultimately it seems the answer is this: Drink it if you like it; don't if you don't. It's totally your call. And either way, there's always decaf, right?