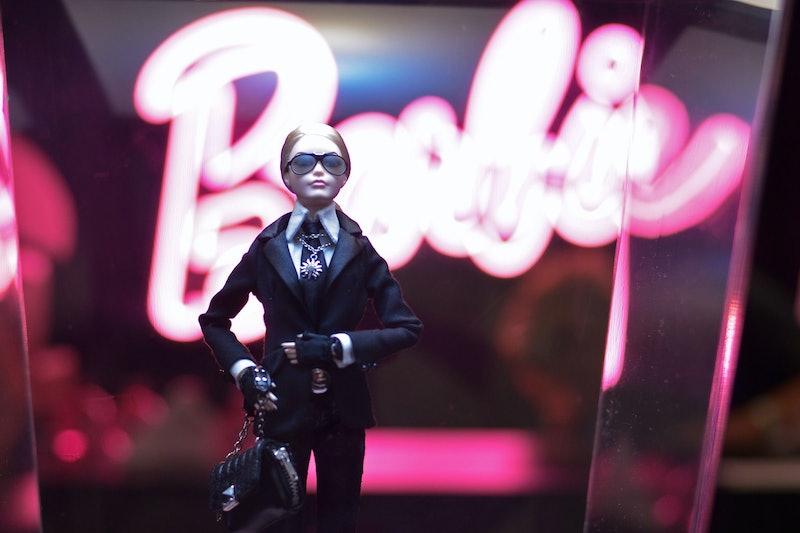 Your favorite thing to play with as a child is still on the scene after all of these years. Since the first Barbie doll was created in 1959, she’s evolved with us as technology has become more updated and now, even as beauty standards have begun to shift. Here’s a look at Barbie throughout the years to prove just how far she’s come. I think you’ll find that the newly released dolls with a variety of shapes and skin tones were long overdue, but really do show exactly how capable Barbie is of change. That’s probably why she’s everyone’s favorite in the first place.

“My whole philosophy of Barbie was that through the doll, the little girl could be anything she wanted to be,” the creator of Barbie, Ruth Handler is quoted saying on the Barbie website. “Barbie always represented the fact that a woman has choices.” So, now that there’s a wider range of representation of women of all shapes, sizes and colors, Barbie is still living up to the creator’s dream.

A lot has changed since 1959, and these images will only further prove that to be true. Take a look at how Barbie has morphed over the years in order to stay the most cherished toy for generations.

The first doll created was ready for a day at the beach.

These 1960s Barbies were prepared to travel the world in style.

Barbie was ready to take this show on the road in 1967.

How cute is she in her very '60s matching set?

Daisy printed skirts and shorty shorts meant it was the '70s, all right.

I'm sure Barbie had some good times on her bicycle in the '70s.

They were ready for some fun in the sun.

Barbie was ready for whatever might come her way in this classic 1980s ensemble.

In 1980, the first ever Hispanic Barbie doll was released.

She could weather any storm.

She and her friends were just the greatest.

By the '90s, Barbie really could be anything she wanted to be.

Because she was talented on the ice, too.

Barbie even conquered the slopes in the 1990s.

Ahh, yes, I had some good times cruising with Barbie and her jeep.

I know you remember scuba Barbie and all of her deep sea adventures.

In 2000, Barbie was running for President because, duh!

Barbie got more and more diversified throughout the years.

She even got the opportunity to work with Moschino, NBD.

Of course, she stays up to date on all of the latest trends, especially when it comes to shoes.

26. Just One Of The Girls Barbie

Barbie and her gal pals are all very different, but they get along great.

27. The Most Diverse Barbies Yet

Last, but certainly not least, comes the most diverse group of Barbies, yet. They come in all different shapes, sizes and skin tones, bringing a much more accurate representation of the real-world girls who are kicking butt just like Barbie.

By the looks of it, Barbie's got a bright future ahead of her. Because who run the world?

Want more body positivity? Check out the video below, and be sure to subscribe to Bustle’s YouTube page for hacks and tricks!