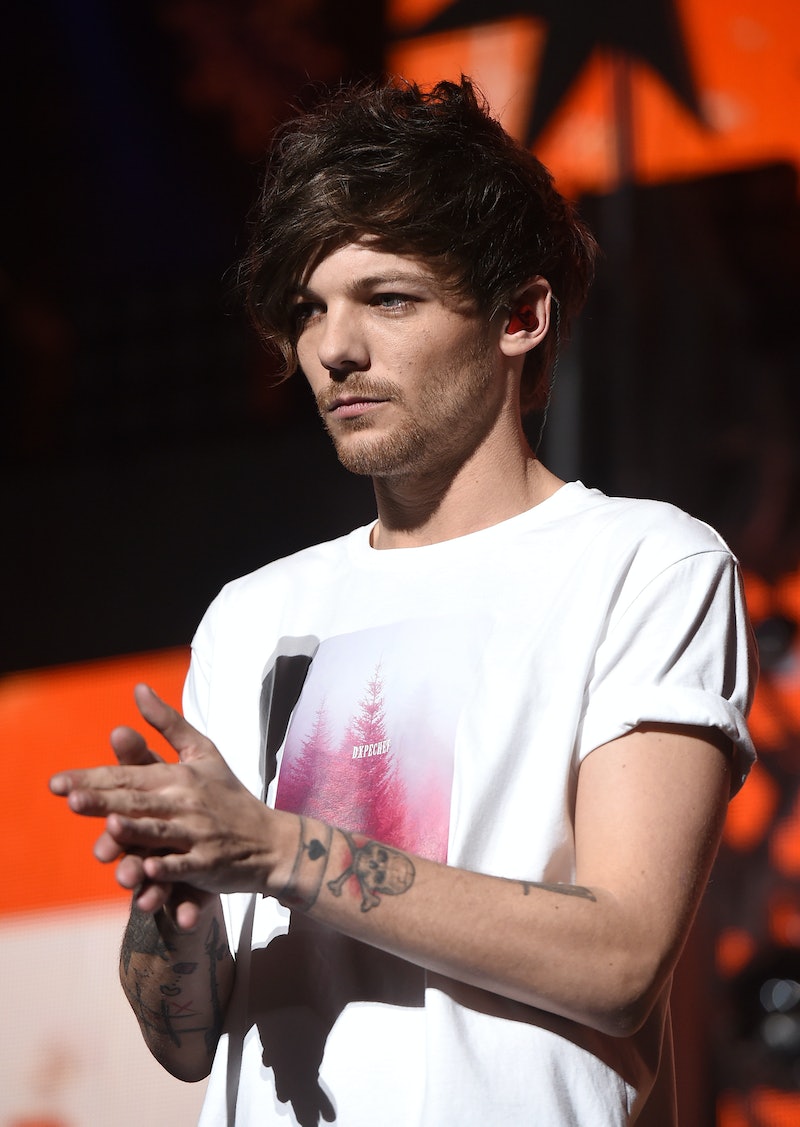 It's safe to say that the first photo of Louis Tomlinson's son Freddie has turned everyone into human versions of the heart-eye emoji, cooing over the black-and-white shot that offers the world the first glimpse of the singer's baby boy and gives some insight into Tomlinson as a dad. (The way he's holding his son against his chest = melt melt melt.) Since sharing the photo on Wednesday night, Tomlinson's Insta pic has already racked up 1.4 million likes and counting — as to be expected, of course. And one of the most significant double-taps is from Tomlinson's rumored girlfriend Danielle Campbell, who liked the photo of "Freddie Tommo" and proved how supportive she is of the situation, just by clicking that heart icon. Who says Instagram likes mean nothing? They obviously mean EVERYTHING.

As difficult of a situation as it must be to be dating a guy who just had a baby with someone else, Campbell seems to be handling it all like a pro. Considering the fact that the Originals actor, 20, and the One Direction singer, 24, reportedly didn't get together until December — the eighth month of Briana Jungwirth's pregnancy — Campbell was well aware of Tomlinson's impending fatherhood and the reality that he was soon going to have a child with the L.A. stylist.

Still, no one would blame her if she decided to not pursue the relationship during this time of great transition. Your boyfriend having a baby (and becoming a father) is a significant life event that could not possibly be overstated. But it's clear that Campbell isn't going anywhere any time soon, and her Insta like of the baby picture is a clear sign of support for Tomlinson, Jungwirth, and, of course, baby Freddie. And I think that's incredible. Maybe not surprising, but incredible. And certainly admirable.

After all, throughout their reported two-month romance, Campbell has showed no signs of ending things with Tomlinson. The two first stepped out in L.A. in December, hitting up Millions of Milkshakes, which sounds like a restaurant where I would nom everything in sight. They then brought their romance to Chicago around Christmastime, dining with her family (a big step in any relationship!) and essentially living out the plot of a John Hughes film in the process. (During his time in Campbell's hometown, the singer got a butt tattoo, crashed a birthday party and accidentally left his wallet somewhere. Whoops.) It's obvious that their relationship is progressing, right alongside Tomlinson's new role as Dad.

Since the birth of Tomlinson's baby on Jan. 22, the new dad has been busy spending quality time with his son and Jungwirth, exactly like a first-time father should. And it's clear that with the support of Campbell, Tomlinson has a lot of good going on right now. Congratulations!